PlayStation 4 gets price drop in Japan

In addition to revealing PlayStation VR as the official name for their virtual reality gaming headset, Sony used its pre-Tokyo Game Show press conference to announce a new price for the PS4 console in Japan. The console currently sells for 39,980 yen (about $334) in the region, but starting on October 1st its price will be 34,980 yen ($292). This is the first official price reduction on the PS4 from Sony since the console launched, and it could mean similar price drops in other parts of the world in the near future.

The main reason for the lower price, aside from the PS4’s rapidly approaching 2-year anniversary, is likely to reduce the sticker shock that will come when Sony announces the price of the PlayStation VR headset. Current PS4 owners will fairly easy to attract to the additional hardware, but the company also needs to use VR as a way to lure in new customers.

Back in June it was said that the headset is expected to cost “several hundred dollars.” If Sony is hoping to attract customers who don’t already have a PS4, they could easily be looking at a total price of close to $500 or more. 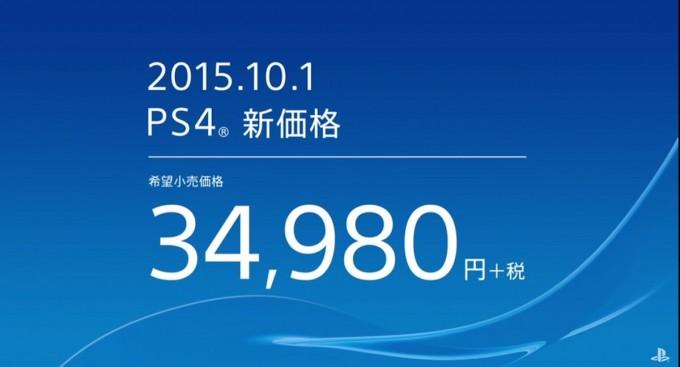 While Sony made no mention during its press conference about PS4 price changes in Europe or the US, there’s still a good chance those announcements will be coming soon. Sony has confirmed that it will present during the upcoming Paris Games Week, which certainly sounds like the perfect time to announce a new price, and as for the US, the Christmas holiday shopping season is fast approaching.