The Internet went buzzing a few days back when news of the Pixel Watch broke cover again. It wasn’t exactly the first time Google was rumored to be working on its own wearable and, to give credit where it’s due, Jon Prosser from Front Page Tech reported the same thing months ago. The most recent report did at least confirm plans for this Pixel Watch again while leaving some things still open to change. The YouTuber, however, is adding fuel to the fire by releasing not simple renders but actual marketing materials for the alleged Google-branded smartwatch.

A Wear OS smartwatch from Google is going to do wonders for the platform, or at least it will hopefully reinvigorate it for a longer period of time. There have always been doubts about Google’s long-term commitment to Wear OS, formerly Android Wear, especially since it doesn’t seem to have any solid stake in the platform. Putting out its own Pixel Watch provides that assurance, at least while the device is under active support from the manufacturer. 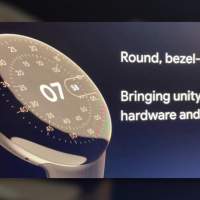 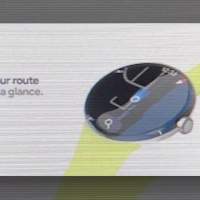 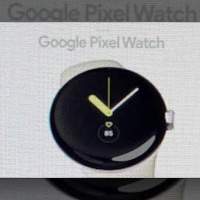 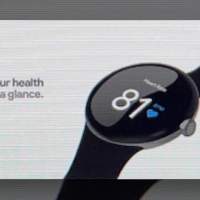 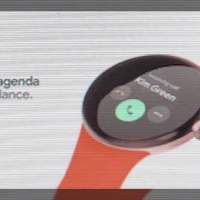 According to descriptions of the Pixel Watch, Google’s first-ever smartwatch might be notable in its design as well. It has already been described to have no bezel, with its screen curving down to the edges like many smartphones today. This gives the watch an all-screen appearance that will be both functional as well as aesthetic.

Jon Prosser’s latest information includes alleged marketing images for this smartwatch. It “confirms” the name “Google Pixel Watch” as well as that bezel-less design. It also presents what could be Google’s slogan for this wearable, offering its usual set of Google services “at a glance.”

Presuming Google really does launch it in the first quarter of 2022, the Pixel Watch could steal the next Apple Watch’s thunder, especially with a new design that has never been seen before in this market. It will take more than appearances, however, to sell the Pixel Watch, and hopefully, Google can offer more than just another Wear OS option. The Pixel Watch needs to embody Google’s vision and direction as far as wearables go, and it can’t afford to be a mediocre first attempt either.