Pixel 6 leak spills the big beans on both sides

The Google Pixel 6 appears to have leaked in a major way this week, both in standard and Pro configurations. The latest leak shows the Google Pixel 6 in what’s likely the standard color setup, with a white back, bright orange top back section, and black camera array. The backside camera array is set in a sort of bridge, rising up above the rest of the smartphone’s back side from one side to the other.

The Google Pixel 6 appears via OnLeaks and 91Mobiles. If what we’ve seen from UpLeaks in the past is any indication, this is basically a spot-on interpretation of the device as it’s been viewed by the renderer with CAD files. Those are just about as close to the source as one can get without leaked photos of final hardware. 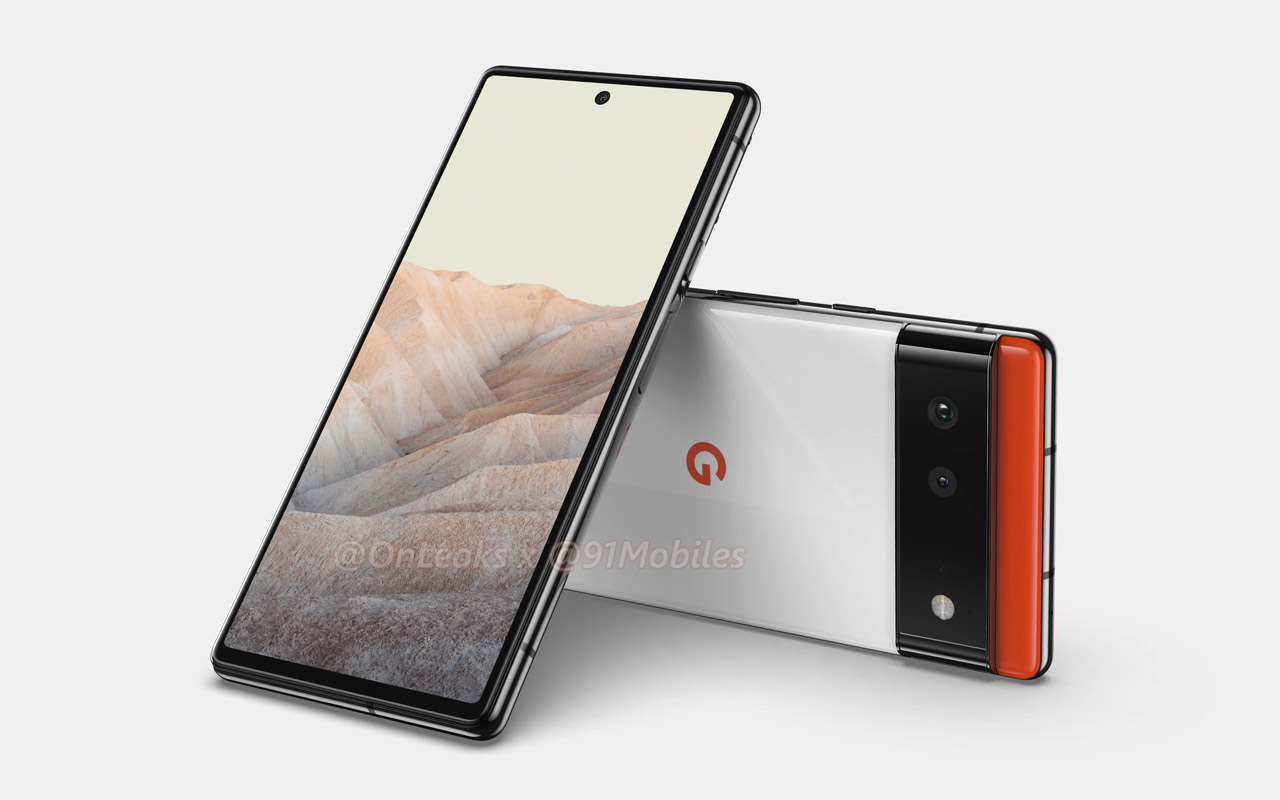 Much like the Google Pixel 6 Pro, the Google Pixel 6 will be mostly 8.9mm thick, save the camera bridge (or bump, if you prefer), which makes it 11.8mm thick. The camera on the 6 array features three lenses and a somewhat different arrangement than what’s included with the Pro. Both appear to use the same LED flash (and flash / mic placement), but the camera features are likely more impressive on the Pro in more ways than one.

The Google Pixel 6 has a single front-facing camera that appears through a punch hole in the device’s display. Above and below the display are speakers that will very likely deliver stereo sound.

There’s also reason to stay alert to the idea that there may be a fourth device coming from the company this year. That would be the Google Pixel “Passport” – a foldable display smartphone machine that’s roughly the same size as a standard international passport book. Cross your fingers for the whole lot at the same time!