Images of the Google Pixel 4 and Google Pixel 4 XL were leaked today in front, back, and from the side. These devices will be released in both 5.7-inch and 6.3-inch display sizes and will sport the latest in Android 10 technology (Google’s latest version of the epitomes mobile operating system). This Pixel 4 family of devices is expected to be revealed officially on the 15th of October, 2019.

The Google Pixel 4 and Google Pixel 4 XL will be launched around the world, but will not necessarily have the same abilities everywhere it appears. In some countries, sensor features will not be enabled due to regulatory restrictions. It’s not yet known whether these features will be able to be activated through 3rd-party developer means.

Information shared today about the Google Pixel 4 comes from a Ishan Agarwal as well as a variety of leaks and inside sources from the past several weeks and months. This might well be the most leaked smartphone series in the history of the smartphone. Even Google went so far as to reveal the front and back design of the device in brief – but now we’ve seen pretty much everything.

I know you all already know this but Google Pixel 4 /4 XL is not as bad looking as older Pixels. Shame that this forehead is of no use to countries that are not getting Soli Motion Sense Features. #Pixel4 #MadeByGoogle pic.twitter.com/tg8GlrZWnv

If you’d like to know more about this smartphone, there’s plenty to know! You might want to see how it’s going to be a gaming beast – depending on the games you play. You might be interested to know about Google’s 5G version of the phone planned for next year – or so they say. 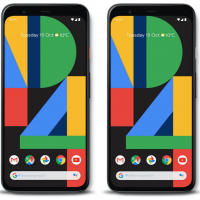 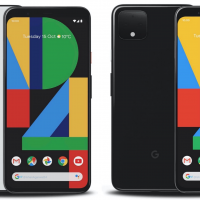 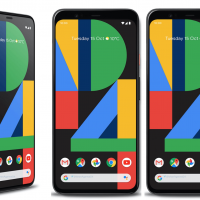 You might even want to get up close and personal with a hands-on experience with the Google Pixel 4 from overseas. If there’s anything we don’t already know about this smartphone, Google’s got some sort of magic means of keeping it a secret, because there certainly seems to be a lot of rogue units already in the wild. Look to the timeline below for more!