Pixel 4 revealed by Google itself

If you can’t beat ’em, join ’em – at least, that seems to be the strategy behind the new Google Pixel 4 being leaked… by Google itself. Hot on the heels of a whole spate of renders, mock-ups, feature and hardware rumors, and more over the past few weeks, Google has waded into the fray itself with an official (and very early) sighting of the smartphone.

“Well, since there seems to be some interest, here you go!” the company tweeted out, alongside an image of the upcoming smartphone. “Wait ’til you see what it can do,” it teased.

The “#Pixel4” hashtag leaves no question that this is, indeed, Google’s new flagship. However the fact that we’re not really expecting it to officially launch until around October of this year means this is an early acknowledgement of the phone than we’d ever expect. Typically, device-makers are reluctant to do any such thing, lest they inadvertently dissuade people from buying current-generation handsets.

The risk of that seems considerable, too, given we can already tell that the Pixel 4 will make some huge changes to what we’ve already seen from the Pixel family. Unlike the Pixel 3, for instance, there’s a new camera cluster on the rear of the device. That square block was already something we’d seen rumors pick up on, Google expected to follow rival phone-makers and increase the number of camera sensors it’s including. 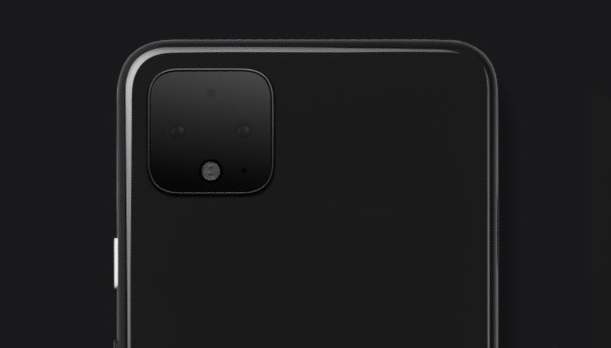 Indeed, you can make out at least two rear cameras, along with a third sensor of some sort, all housed in the squared-off bump. Other physical details are still fairly mysterious. There’s a silver or white power button, and the Google logo on the lower half of the phone, but we’ll have to wait for any further information.

What those cameras might be is the stuff of widespread speculation. Until now, Google has pushed the idea of computational photography as the best way to deliver maximum image quality. That way, it can focus on a single, high-quality sensor and then produce images like portrait mode and digital zoom via software.

It’s a strategy that paid dividends with the Pixel 3a. Although the smartphone is only $399, it still packs the same camera – and thus the same image quality – as a Pixel 3 that costs roughly twice the price.

For the Pixel 4, however, it seems Google will step away from that strategy. That will certainly help better distinguish its flagship Pixels from more affordable models. However the extra camera sensors aren’t the only new hardware we’re told to expect.

A rumor earlier this week indicated that the fruits of Google’s Soli research might finally be ready for the market. The short-range wireless sensing technology was billed as a way for Google to make virtual controls that expand beyond the limits of physical hardware, back when it was shown off in 2015. Now, reports indicate that Google might be using it for the first time in the Pixel 4.