PiPhone, the tongue-in-cheek name given by David Hunt to his newly built DIY smartphone, is based on the Raspberry Pi, of all things. With the homemade handset comes an Adafruit display and a bare-wire design that would send airports into lockdown.

In addition to the Raspberry Pi and Adafruit, the handset utilizes a Sim900 GSM/GPRS module for placing voice calls. Obviously, the end product is not a finished product, instead serving as a functional prototype that demonstrates what is possible.

The interface visible on the phone, which is shown in action on the video, was created specifically for the project. The hardware itself allows for using a common prepaid SIM card, and the ability to make calls, send texsts, and access data. 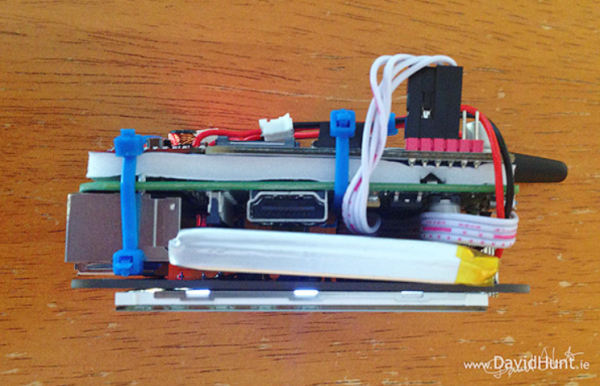 In total, the hardware ended up costing $158, which makes the project fun, but not economically superior to picking up a cheap prepaid smartphone from the corner store. For that, check out the ultra-cheap homemade cell phone we reported on last year.