It seems that making just one Pokemon announcement today wasn’t enough for Nintendo. Hot on the heels of the news that Detective Pikachu will be coming to the US, Nintendo has also announced a special edition Pikachu-themed 2DS XL. This 2DS XL looks similar to other Pikachu handhelds we’ve seen in the past, with the electric mouse’s familiar face on the front (or back, depending on your perspective) of the device.

The 2DS XL also happens to be extremely yellow, so if you’re a fan of subtle color schemes, you’re definitely going to want to give this a pass. While Nintendo will sometimes bundle a game with these limited edition handhelds, there’s no such bonus for this Pikachu 2DS XL – if you’re going to buy one, it’ll have to be for the novelty of owning a Pikachu-flavored handheld alone.

However, this Pikachu 2DS is launching on January 26, which just so happens to be the same day that Pokemon Crystal launches on the 3DS eShop. Nintendo announced the eShop port of Crystal last year, and it will be joining previous ports of Gold and Silver. With this launch, all of the mainline Pokemon games that launched for the original Game Boy (and Game Boy Color) will be available on 3DS, with the series moving to Game Boy Advance with Pokemon Ruby and Sapphire. 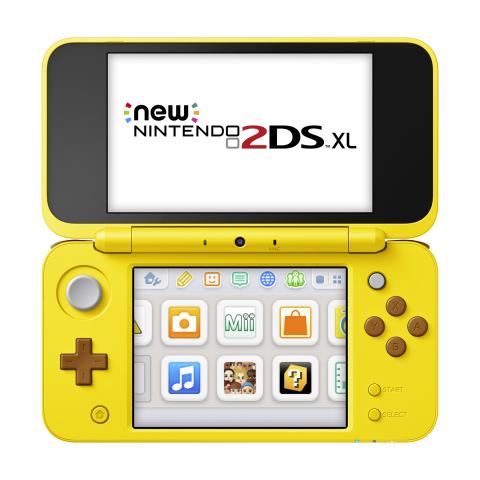 Detective Pikachu, meanwhile, will trail behind the launch of this Pikachu 2DS by a couple of months. Earlier today, Nintendo revealed that Detective Pikachu will launch at the end of March, so we still have a little while to wait for that. Perhaps we’ll see a bundle that includes this 2DS and a copy of Detective Pikachu after the game itself has launched? We’ll just have to wait and see.

Even though the mainline Pokemon series will soon be moving to the Switch, it seems that Nintendo is happy to keep bringing Pokemon spin-offs to the 3DS. Nintendo recently revealed that it will keep producing the 3DS for the foreseeable future, as it hasn’t seen any significant drop off in demand for the 3DS despite the fact that Switch has also proven to be popular. When this Pikachu 2DS XL launches on January 26, you’ll be able to pick one up for $159.99.