Earlier today I happened upon the Android app called Photo Map. This app was developed by Levion Software, and it seems to deliver exactly the service it intended to provide. Much like a similar iPhone/iOS feature that’s been in play for several years, this “Photo Map” app creates a lovely spread of photos the user took and uploaded to Google Photos. For that, it’s a great piece of work, and the developer deserves their accolades. What I did not expect was that this app would remind me to check my email at exactly the right moment – the moment Google would deliver a foreboding message.

So Google sent me an email. In the email, Google warned me that a special offer for free Google data storage was set to expire, soon. “Your 100 GB of promotional storage expires on August 4, 2019. After that, you’ll be over your storage limit,” said the Google Drive email.

“You won’t be able to store new files and may not be able to send and receive emails at [my personal email address.]” The Google Drive email was quite direct about their intent – they wanted me to “avoid interruptions by upgrading to Google One.”

This was an email the likes of which I’ve kinda, sorta received before. Several times, actually. So many times that I made a point to write a guide about the situation back in the year 2016. But as these things tend to go, I was foolish, and did not follow my own advice.

You see, when you start uploading photos and videos to Google Photos, it feels like you’ll never reach your data storage limit. Especially when you’ve got a Google Pixel smartphone, which actually has an unlimited storage deal with Google Photos – for a relatively limited time. It’s not for reals forever. 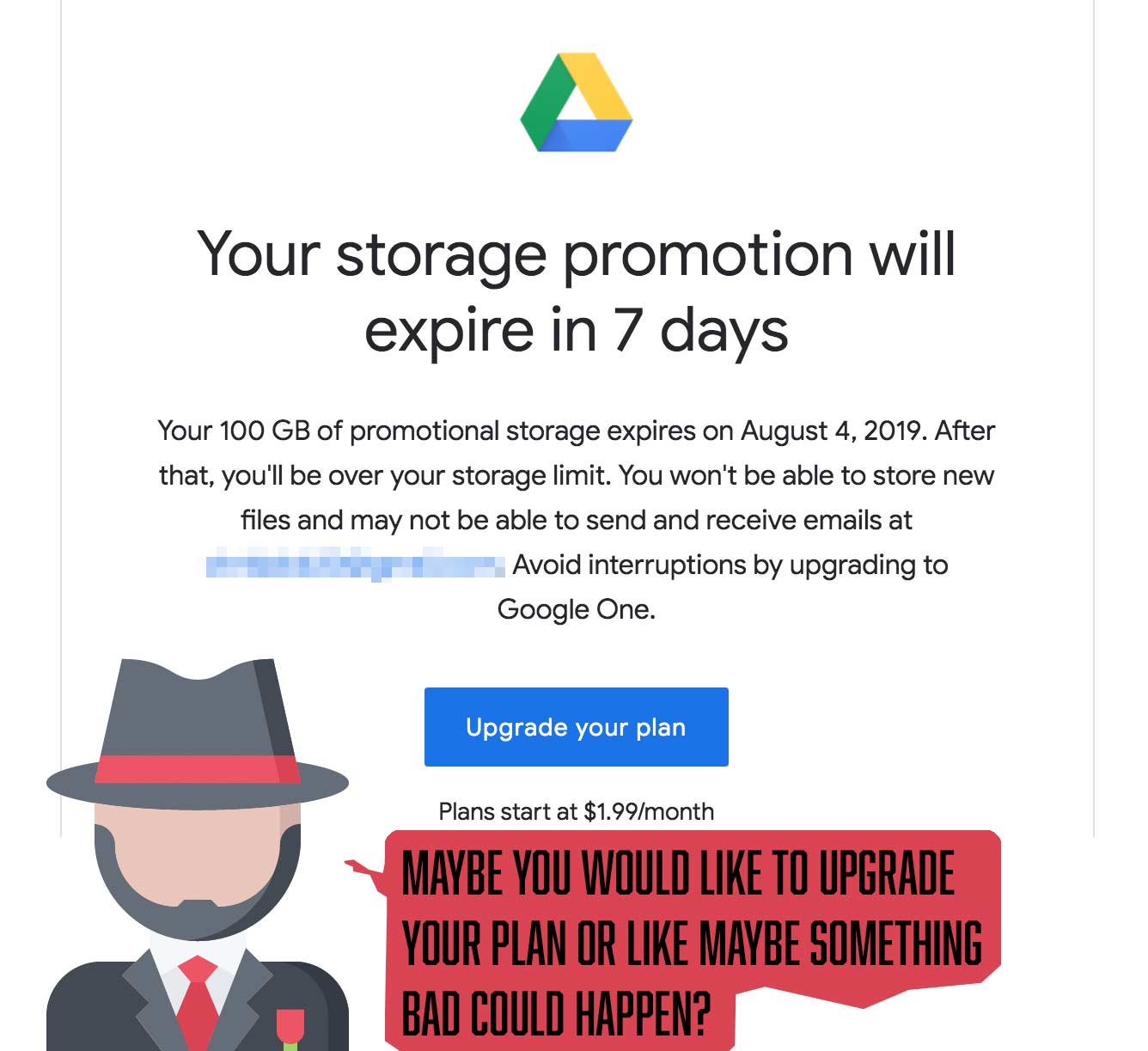 The original Pixel 1 was supposed to offer free unlimited original-quality storage for photos and videos forever – but that’s no longer true. As you’ll see outlined in the article linked in the previous paragraph, the original Pixel’s original “forever” offer actually ends in the year 2020. The Pixel 2 works in that way until 2021, Pixel 3 until 1/31/2022.

Meanwhile I’m over here on Google Takeout to download all my stuff so I can delete all my stuff so my email continues to function. I could also just start tithing my $2 a month to Google for the extra storage, but… I’ll probably just do the download instead.