Philips SlimStyle LED bulbs get trim all round (hands-on)

Philips has revealed a new LED light bulb, the 10.5W SlimStyle, trimming down the profile of the incandescent replacement for a lamp the company says should be more efficient and cheaper than previous bulbs. The light, which will go on sale from January 2nd, is expected to be priced at around $3-4 apiece after rebates (around $9-apiece before), Philips told us when we previewed the bulb earlier this year, bringing it even closer to the traditional – and environmentally unfriendly – bulbs it replaces.

Like earlier Philips LED bulbs, the SlimStyle puts out 800 lumens of white light; however, unlike some cheap LED lamps, it’ll also work with a dimmer. It’s rated for up to 25,000 hours of use – the warranty runs out after three years, mind.

Of course it’s the dimensions which are most interesting. Viewed flat-on, and the SlimStyle has the profile of a regular bulb, with the LEDs strung in a loop around the edge of the translucent plastic head. 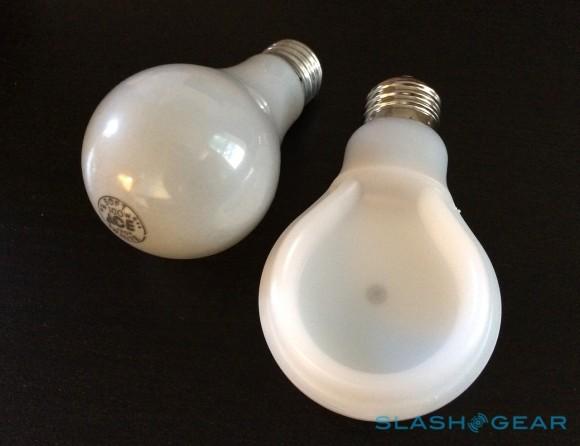 Look from the side, however, and you can see how thin Philips has made it: the head section is 23mm thick, though the circular base it attaches to is a little broader. It has a standard bayonet fitting, and we had no issues installing it into pendant and table lamps. In fact, we could see the flatter shape being a boon for those who might struggle with traditional-shaped bulbs, such as the elderly or those with weak hands, since it’s easier to grip the SlimStyle and twist it. The sturdy plastic body doesn’t feel like it will crack or break while doing so, either. 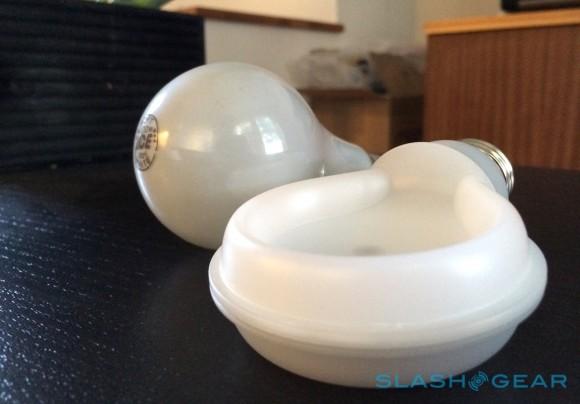 Illuminated, it has the same slightly warm light that we’ve come to expect from Philips LEDs. The company says that’s because it uses a special lime green LED which is specially made for it by its Lumileds manufacturing subsidiary. The lamp is classed as omnidirectional – as in, it emits from the bulb equally all around it, despite the layout of the LEDs inside – though we did notice a slight difference in illumination around the edges compared to front and back.

Philips’ cleverness is in doing away with the heatsink normally required from an LED lamp. That’s required some balancing of LED technology and light output with heat; the bulbs in the SlimStyle could be cranked brighter, Philips told us, but then they’d need more cooling, so it’s actually more efficient this way. It’s expected to run use around $1.26 in energy a year on average. 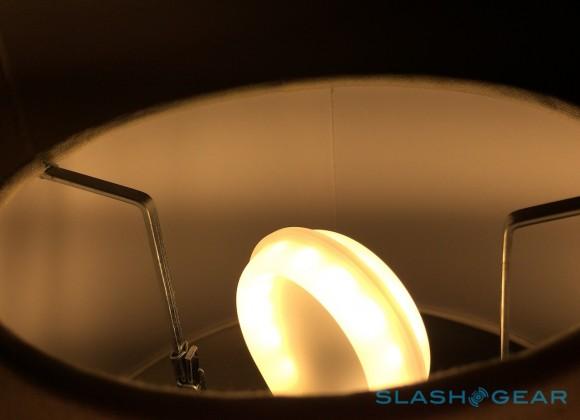 The true smart home geeks will probably still want to look to color-changing, remote control lighting like Philips’ hue, but the price difference between a single hue bulb and a single SlimStyle is considerable: you could likely outfit your entire home with efficient SlimStyles for the price of a single $200 hue starter kit. We’ll know exactly when Philips confirms final pricing in the new year.