Philips Hue has announced two new Bluetooth-enabled lights and a new smart bulb, which the company says is its brightest so far. The Philips Hue White A21 now packs a whopping 1,600 lumens of brightness, equivalent so the company says to a traditional 100W incandescent bulb.

That’s too much for mood lighting, arguably, but would do just fine in a task-oriented room like a kitchen or garage. If 1,600 lumen is still too much, meanwhile, the A21 bulb supports wireless dimming as well, though not the color-changing that we’ve seen from other Hue bulbs. 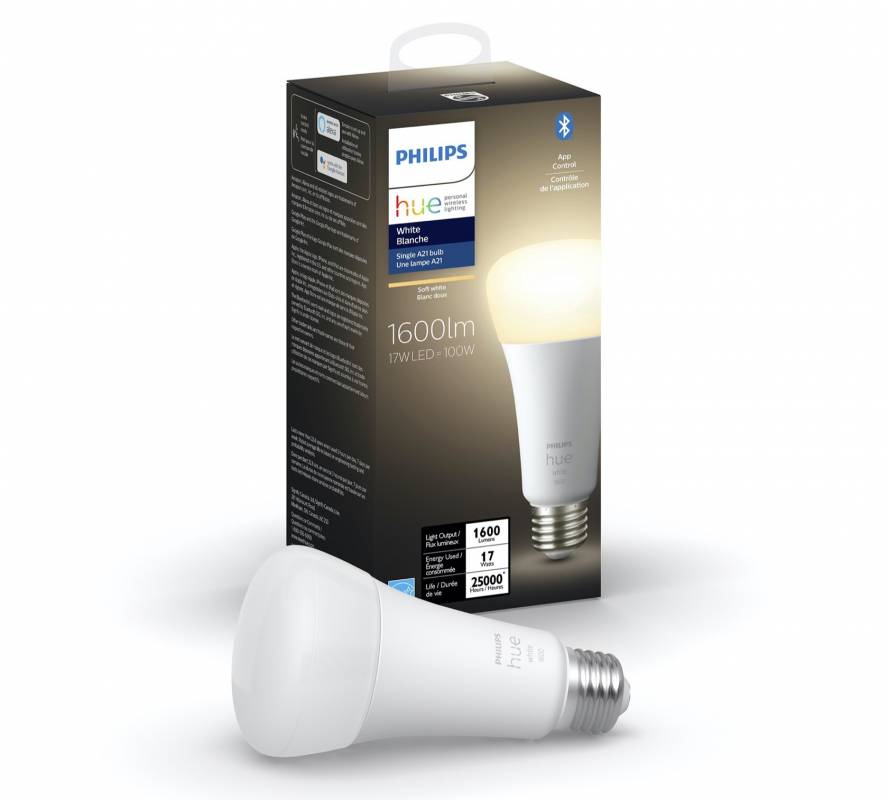 As for the new Philips Hue Lightstrip Plus, that’s the latest in Hue’s popular series of adhesive strip lights. As before, it changes colors from the Hue app, and can be linked into scenes or controlled via devices like the Hue Play Sync HDMI Box. New, though, is Bluetooth integration for direct control from a smartphone with the Hue bridge. 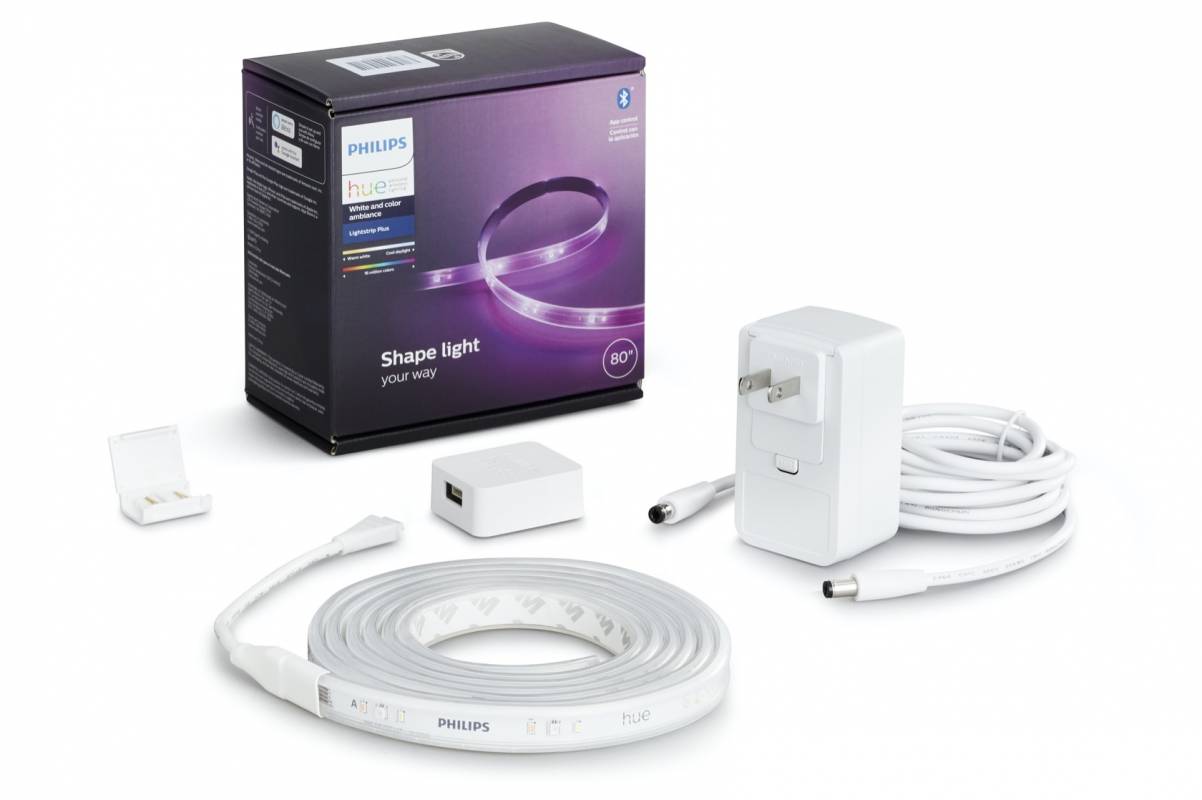 The lightstrip can be cut to size, but now trimmed pieces can be reused as well. Signify is also selling extension strips, adding an extra 1 meter of length to the 2 meter original. Up to eight extensions can be added, for a total of 10 meters. 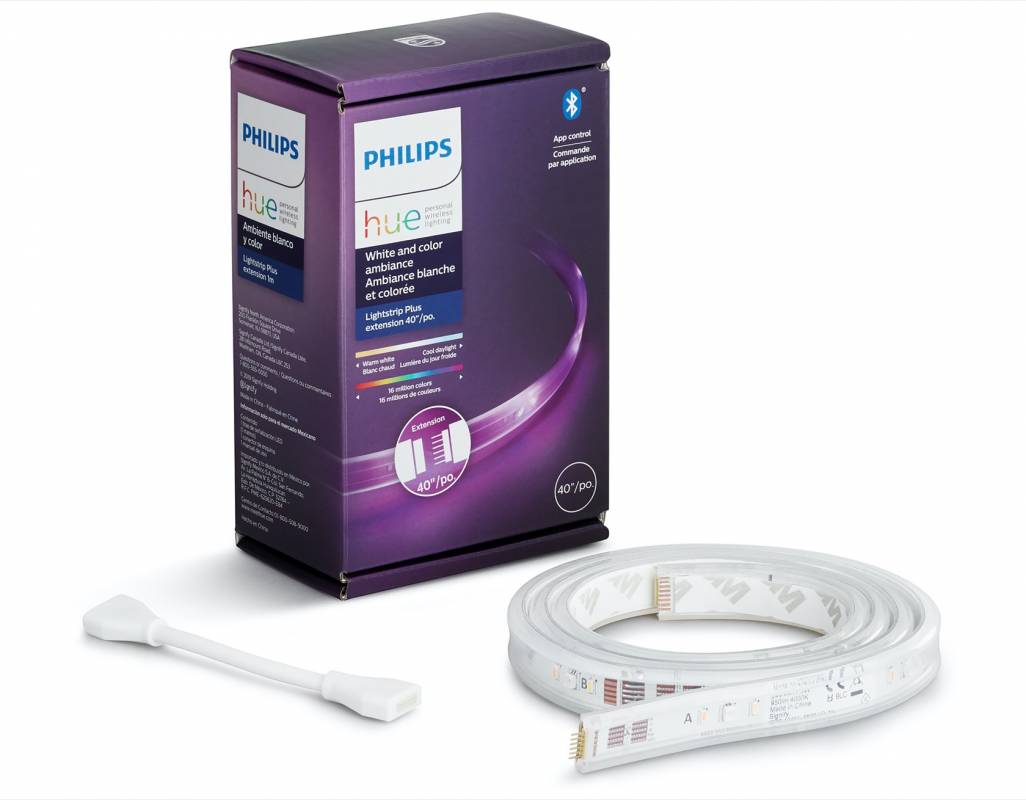 Finally, there’s a new version of one of Hue’s earliest lamps. The new Philips Hue Bloom table lamp keeps the compact shape and the white finish, but now packs up to 500 lumens f white light. The color temperature can be tweaked through from warm, 2000K white light, through to cool, 6500K daylight instead. Alternatively, there’s a color mode, with Signify saying the colors themselves – with 16 million supported – should be richer before. 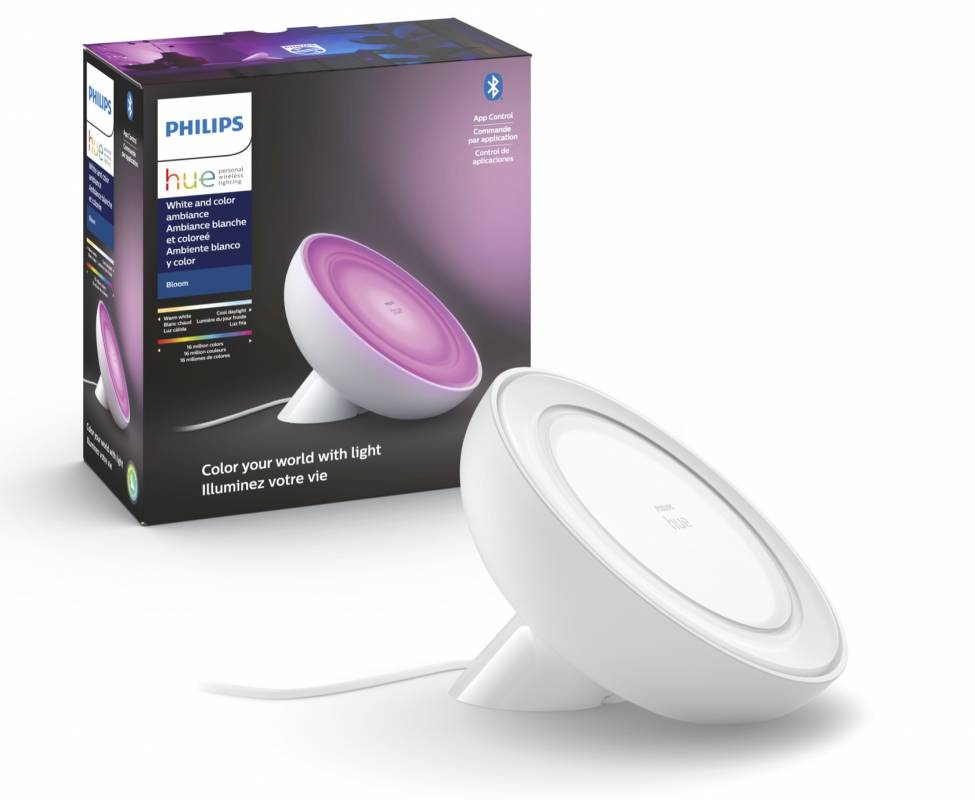 As with the updated lightstrip, the new Hue Bloom has Bluetooth too so that it can be controlled directly from a phone.