Signify has a new light to brighten things up behind your TV, with the Philips Hue Play gradient lightstrip delivering its first with individually-controllable color segments. Designed to be used with the Philips Hue Play HDMI sync box or the Sync PC app, the new LED strip is no longer locked to just one consistent color, and comes with mounting kits to make it easier to fit to the back of a TV.

The Hue Play HDMI sync box takes an HDMI input – such as from your Apple TV or games console – and then synchronizes Hue color lights around the room with what’s showing on-screen. It can make for more immersive gaming or more dramatic movies, as well as synchronize with music playback. 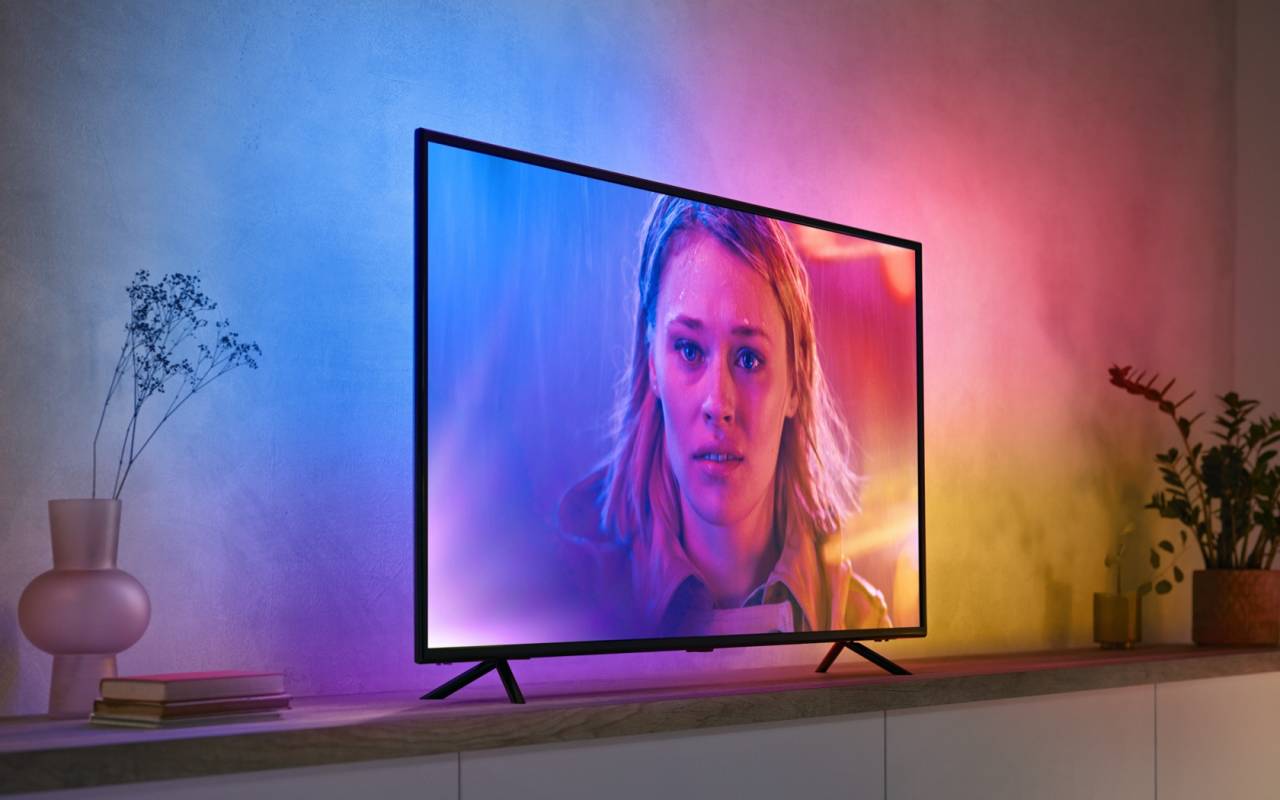 Until now, the top recommendation has been to fit at least two of the Philips Hue lamps behind the TV, with up to ten supported in any one entertainment configuration. With the new gradient lightstrip, however, you can fit just one behind the TV, but with the sync box it will generate different colors in different areas, to match what’s on-screen. 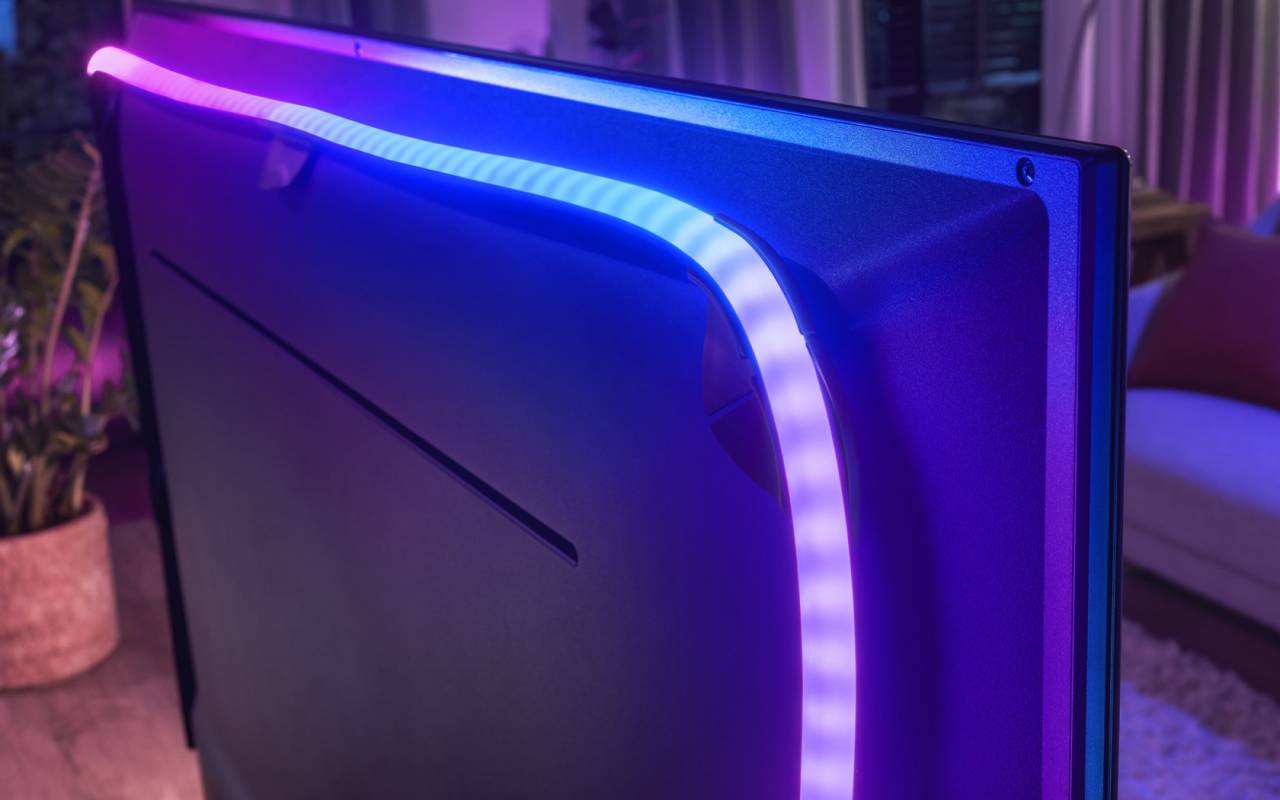 Signify will have three sizes – suited to 55-inch, 65-inch, and 75-inch TVs – and each will come with adhesive mounting brackets that position the strips at the right 45-degree angle for maximum light projection. Unlike other LED lightstrips, you can’t cut it down to size, or daisy-chain multiple strips together. It offers five differently-controlled segments, but only counts as one lamp in the overall ten allowed per entertainment group. That leaves more slots free for other lights spread around the room. 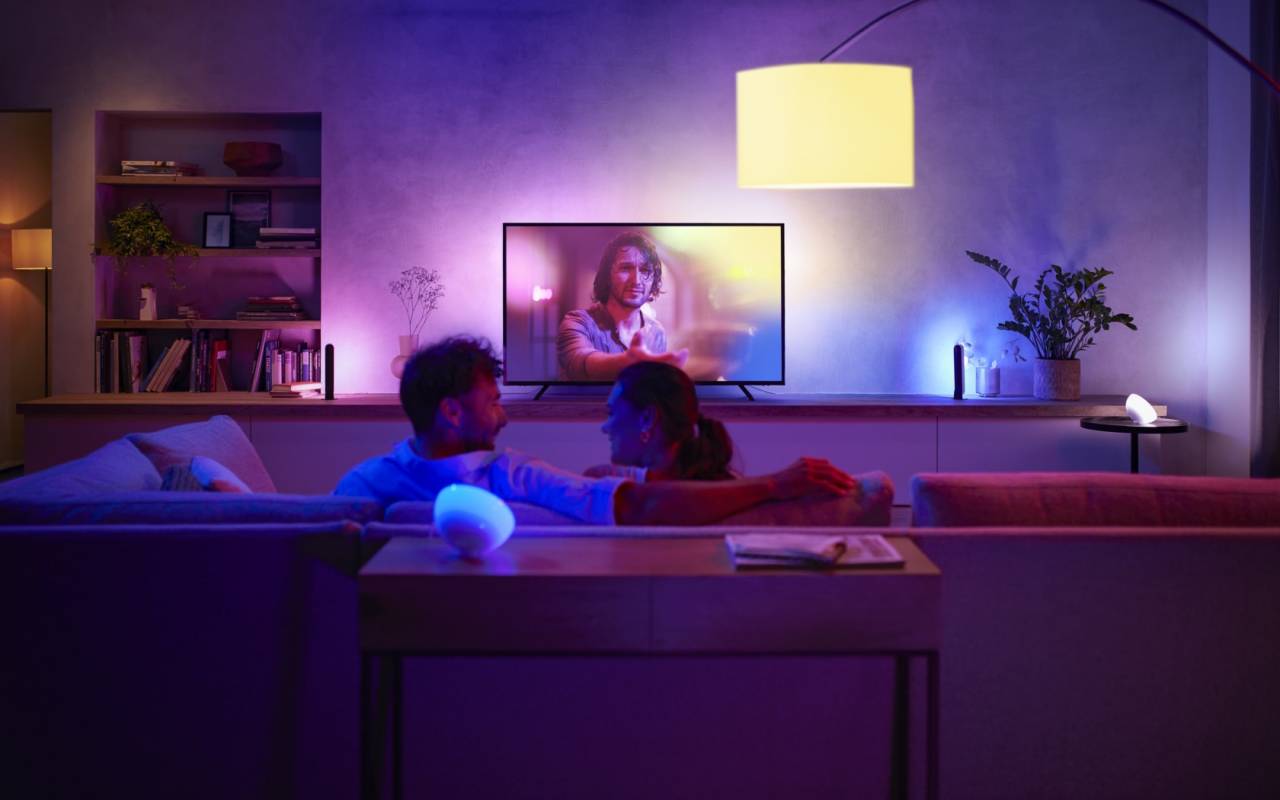 For the moment, Signify is focused on how the gradient tech can be used in its entertainment products. Indeed, using the new light strip outside of Play Sync will basically turn it into a regular, single color lightstrip. However developers using the Hue entertainment APIs will be able to control the lightstrip’s segments, and indeed it’s actually more granular than even the sync box will treat it. The strip is actually made up of sections – roughly 12.5cm in length – of grouped LEDs, each capable of producing white and 16+ million colors. 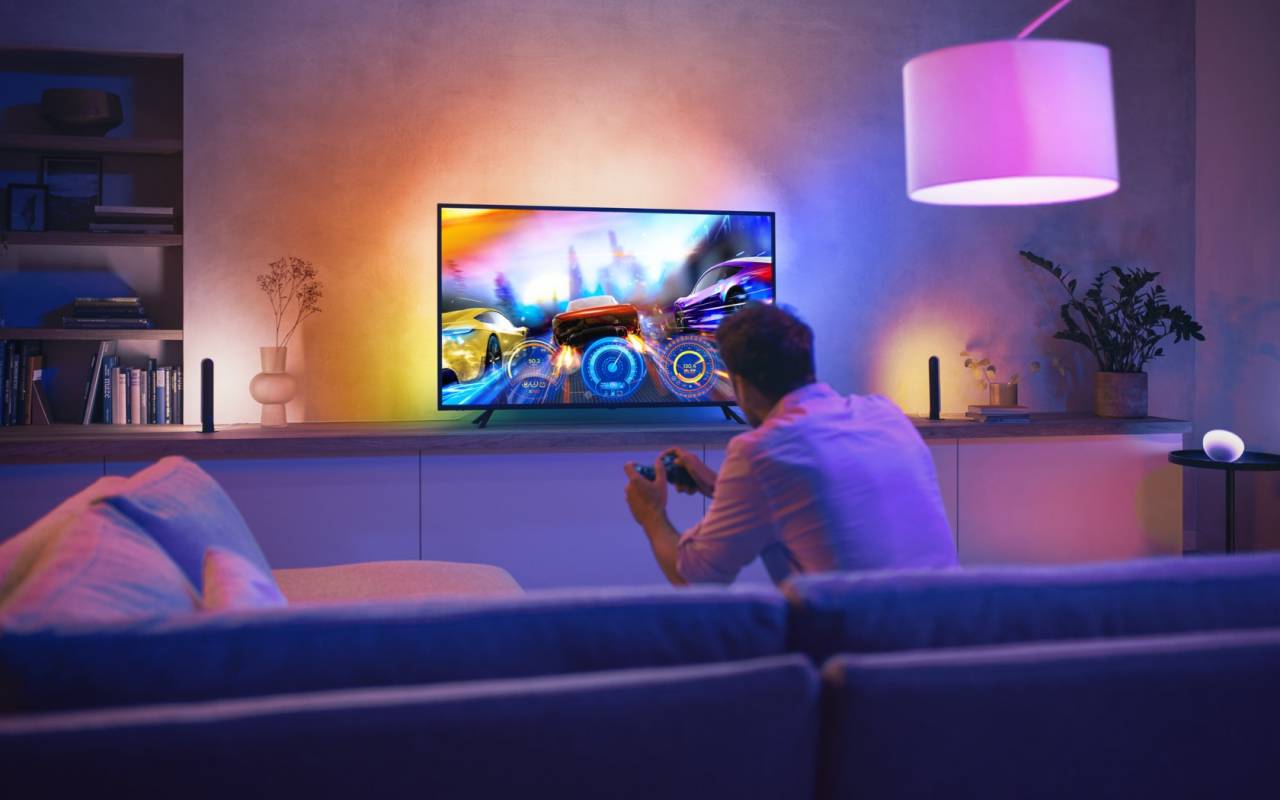 In the future, it’s not hard to imagine the same gradient system showing up in Signify’s Ambiance home lighting products too. A single lamp that could produce multiple colors – whether that’s a dramatic wash against the wall, combined with more task-suited lighting in a different direction – is one possibility. Down the line, too, there’s the potential for a software update which allows more granular control over the colors that can be shown from the Hue Play gradient lightstrip in Ambiance mode, adjusted through the Hue app.