Philips’ Android PMP was eye-catching in its own special way, but it couldn’t hold a candle to the company’s latest 3D Cinema 21:9 Platinum LCD HDTV.  As the name suggests, it’s Philips’ Cinema 21:9 HDTV with an added shot of 3D alongside Ambilight.  Meanwhile there are also the new NetTV IP-connected sets, Blu-ray boxes and speaker systems.

The concept behind 3D Cinema 21:9 remains the same: rather than having true cinema-scale content be sandwiched between black bars, even on 16:9 widescreen TVs, the Philips’ set is properly sized for films.  That makes for an enormous, broad picture, that still manages to be impressive even among the huge scale HDTVs you see at shows like these.

As for the 3D, well, that’s just as useful – or pointless – as everyone else’s 3D technology, requiring glasses of course and working terribly well with Philips’ new BDP-9600 Blu-ray player.  That slots in at the top of the company’s range, and also features NetTV, Philips’ new streaming online content service.

Philips has partnered with Sharp and Loewe to produce a standardized IPTV platform which allows for access to YouTube, Picasa, Dailymotion, TomTom, eBay and other content.  It’s available not only through Blu-ray players but integrated into several home theater audio systems and HDTVs themselves, and the trio of companies are hoping to get other manufacturers onboard so that content or apps from one set will work across the board no matter what brand you pick from. 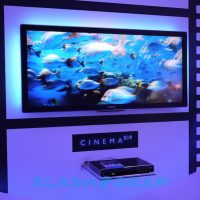 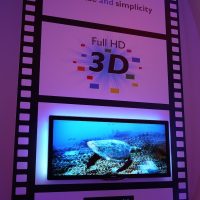 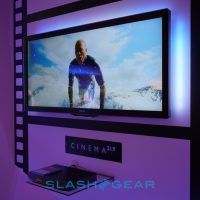 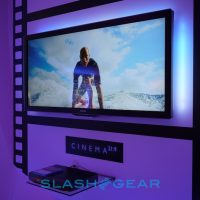 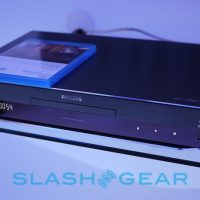 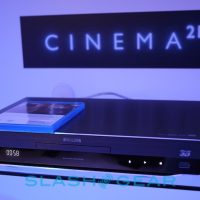 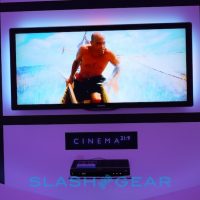 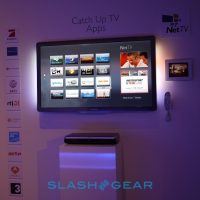 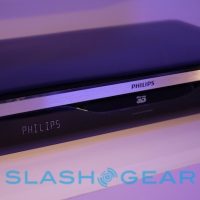 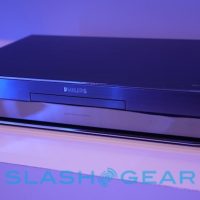 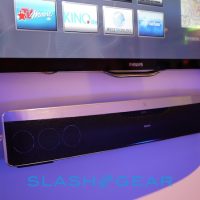