The Philae lander has resumed communications with Earth for the second time since the surprise message last Sunday that proved the spacecraft was still functional. Two signals were successfully received today, the European Space Agency (ESA) said, each lasting two minutes and containing 185 packets of data. Although there’s no scientific research in among those bytes, Philae has sent back vital information about just how well the distant probe is doing on its unusual comet ride.

Expectations for Philae had been relatively bleak, after a botched landing in November last year left the Rosetta probe too shaded to recharge its batteries. With residual power running low, the lander shut down, leaving the ESA team uncertain whether it would ever resume contact.

It came as a welcome surprise, therefore, when a signal from Philae was received this past weekend. In a little over a minute of communication, the probe revealed not only its battery status but the fact that it had already been collecting data. 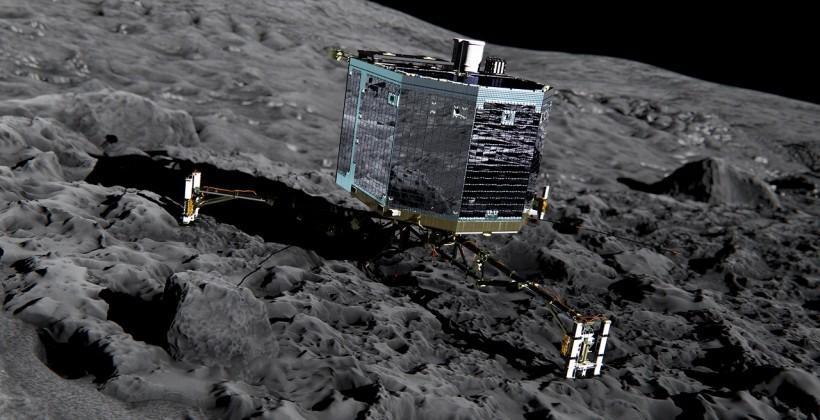 The orientation and path of Comet 67P/Churyumov-Gerasimenko had left Philae and Rosetta unable to transmit that data back to Earth, however.

Today’s messages have fleshed out some of the operational details, which will give the ESA and its partners on the project a better idea of what scientific experiments Philae is now capable of carrying out. The lander is currently at zero degrees Celsius, “which means that the battery is now warm enough to store energy,” said Michael Maibaum, a systems engineer at the DLR Lander Control Center (LCC) in Cologne and Deputy Operations Manager.

“This means that Philae will also be able to work during the comet’s night, regardless of solar illumination,” Maibaum continued. “More solar panels were illuminated; at the end of contact, four of Philae’s panels were receiving energy.”

In return, the team has sent back instructions to Rosetta which will adjust its trajectory around, and distance from, the comet, in the hope of improving radio visibility. The first of those adjustments are expected to take place on Saturday morning, and will hopefully bring the orbiting craft to around 110 miles from the comet’s nucleus.

If that can be achieved, then the teams hope to establish longer-lasting communications windows, and then start up the ten instruments Philae is equipped with to do some of the science work it was built to carry out.

“The contact has confirmed that Philae is doing very well,” DLR’s Maibaum concluded.