The game Persona 5 was released in the United States this month and this week we’ve attained the full “Quiz Answers” from within. This game is long – extremely, super, almost-impossibly long. It can get infuriating too, if the player only wants to play a certain extra-fun part of the game. Today is the first day the entirety of the Persona 5 test answers list has been released – good news to us, good news to you.

News that the school test answers were released – be it earned and released by the makers or summoned from the codes by 3rd-party sneaksters – were well welcomed by the masses. Gamers who’ve played this game have asked for a bit of guidance – as you’ll find on Twitter – and we’ve got it. All the Persona 5 answers you could ever possibly want, right here and now. 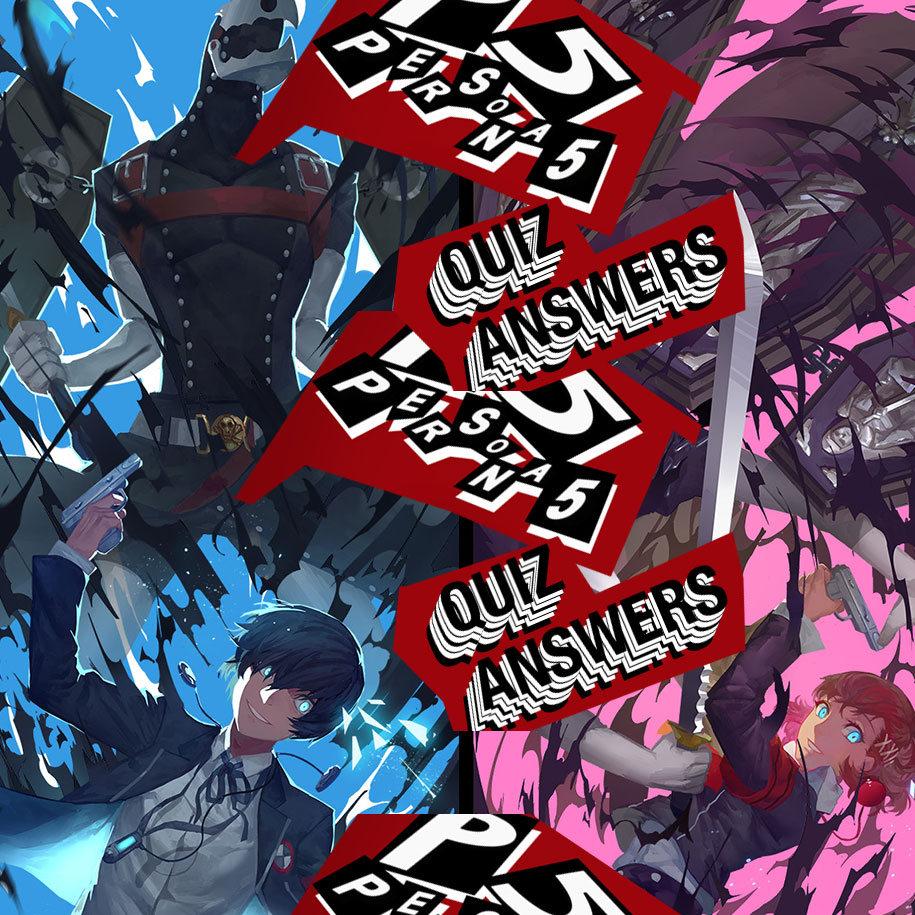 In the gallery below can be found all test answers for Persona 5 – international edition. Users working with the Japanese version of the game may have to do some translation work to see these answers right on to finality. UPDATE: Some answers have been modified slightly to get the right syntax. 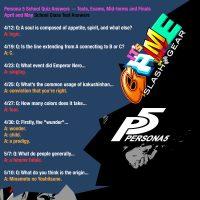 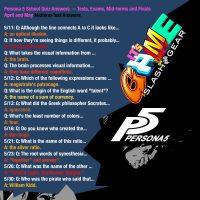 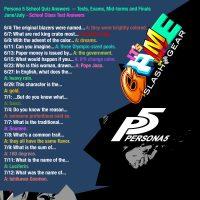 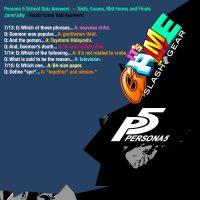 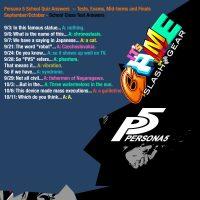 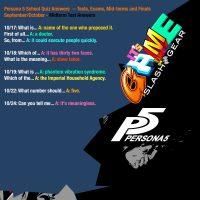 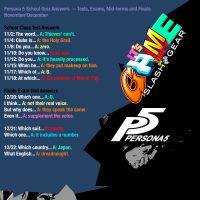 Persona series director Katsura Hashino spoke up earlier this month with PSB to thank the new users of the game “overseas” as he puts it. His comments really put the game in perspective for those users outside Japan – especially those in the Western World. “I think that traditional Japanese superhero stories tend to be about fighting off invaders from outside their society,” said Hashino, “while Western ones focus on fighting against villains and misfits that come from within it.”

“There’s a sense of society being responsible for creating this evil, and such a setting lets the audience’s imagination run wild, like “it could’ve been me.” For instance, doesn’t the Joker from Batman make some valid points that resonate with you?” Hashino continued, “Persona 5 is also a superhero story in which you fight villains that are born from within society, so I thought that it might be received differently than the previous entries.”

It’s a game with many elements – and some gameplay that’s unlike anything we have born here in the United States. If you’ve not yet picked the game up – go for it. Rent it, buy it, borrow it – make it your task, it’s worth the effort!