The software development kit for Pebble Time has been released today – 64 colors and everything. This SDK is also known as Pebble OS SDK 3.0, and it contains a number of big jumps in functionality for the operating system for the wearable collection of devices. Everything developers have created to work with SDK 2.x will run perfectly fine on version 3.0 – so don’t worry about compatibility issues as such. Below we’ve also got a brand new “hardware comparison” chart made by Pebble to show the differences between the two eras of smartwatch.

Above you’ll see how the Pebble and Pebble Steel – essentially the same software and hardware innards – compare to the newer Pebble Time. The Pebble Time smartwatch was revealed earlier this week with a color display and a slightly more powerful processor inside. 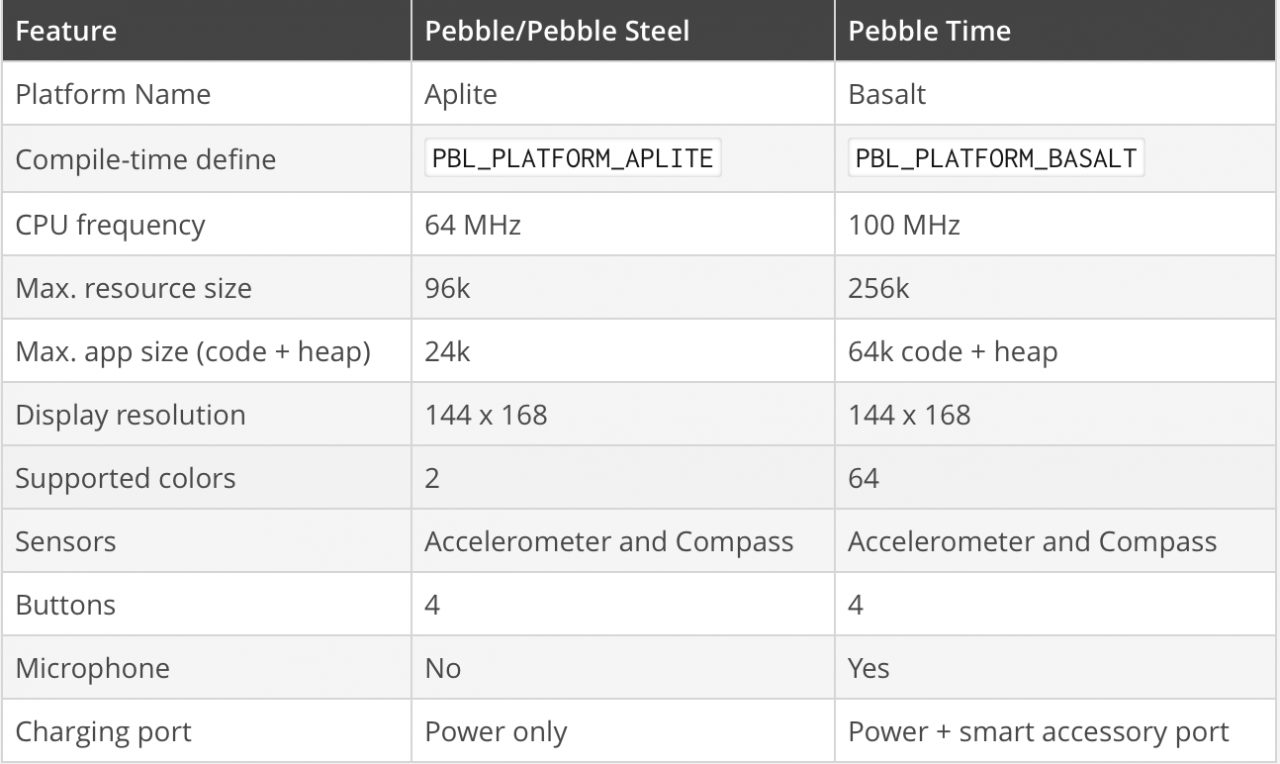 You’ll notice that the charging port also works as a smart accessory port on the Pebble Time. This means more hardware is coming in – and not just from Pebble itself.

CPU frequency is given a boost – 100 MHz instead of 64, and app size has more than doubled. You’ll also get 64 colors here instead of two.

Developers can test their Pebble apps in CloudPebble or they can download the SDK 3.0 package from the Pebble developer hub online for Mac OS X or Linux.