Wearable firm Misfit has inked a deal with Pebble to turn the smartwatch into a fitness tracker, allowing users to monitor their steps and activity direct from a new watchface. The free Pebble app, available today, is also joined by an updated Misfit app for iPhone, which pulls in even more information from the smartwatch.

The watchface doesn’t require a tethered smartphone or any Misfit hardware in order to provide basic functionality. With the updated iOS app, though, as well as steps, Pebble can feed information on calorific burn and total distance traveled into Misfit’s database. 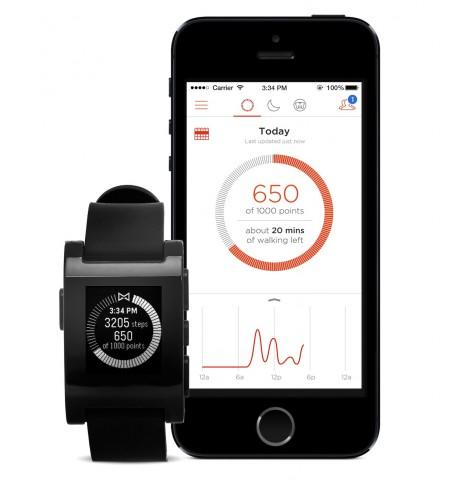 It’s also where activity goals and achievement sharing can be done, just as would be the case if users were wearing Misfit’s own Shine tracker. The watchface follows a similar layout to the Shine too, showing performance with a gradually filling circle UI.

Misfit and Pebble say that the integration is in fact just step one in an ongoing partnership, which will see more of Shine’s algorithms ported over. That might one day include sleep tracking, something Shine can do but the initial release of the Pebble app cannot.

Pebble’s embracing of third-party watchfaces is a timely one, with Google expected to throw open the details on Android Wear at Google I/O this week. Meanwhile, though Apple is yet to specifically namecheck a wearable like the must-rumored “iWatch“, the health functionality in iOS 8 under the HealthKit umbrella certainly paves the way for a fitness-related smartwatch or band.