The private social network app, Path, has seen an update to version 2.5 for iOS and Android that adds some new functionality. Photos have seen a big improvement in the app, now spanning the full width of the phone’s screen as users scroll through their timeline. Instagram-esque filters can now be applied to photos as they’re taken, and a quick single tap will begin recording video so that you don’t miss out on any action. Users can also take a photo using the volume button on the iPhone, just like in the regular Camera app.

Path has also added the ability to search for movies and books within the app. Previously the service pulled down information about what music you were listening to, and now users can manually search for whatever movie they’re watching or the next book they’ve been eyeing, further adding to the Path mantra of seeing what your friends are experiencing. The biggest feature, however, is the ability to “nudge” your friends. When a friend on Path hasn’t posted to the service for some time, their name will turn grey, and a question mark will appear that will allow you to nudge them into activity. 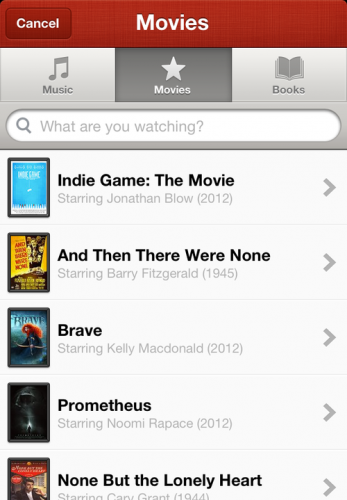 Inviting users to the service has also been improved. Now, invitations can be customized with a note, photo, and even a voice recording that will prompt friends and family to sign up. Finally, the initial sign up process has been streamlined, with an added tour that guides the user around the various features of the app. Path 2.5 is available for iOS and Android right now, so head on over to the respective app stores to update or give it a whirl for the first time.