The Pantech Element, specifically, is waterproof. But that’s not all that important when you consider how big a high-five this is between AT&T and Pantech as the latter is still on its way into the USA in the smartphone market. The Pantech Element has a 1.5GHz dual-core Snapdragon processor and has an 8-inch XGA display. This device has a non-localized enhanced haptic feedback display as well, providing a rather strange feeling for your tips. Throughout the set of announcements for the tablet, the Waterproof bit did keep coming up though, with the device dunked in a tank the entirety of the talk.

We’ll be getting some hands-on looks at these devices this week. 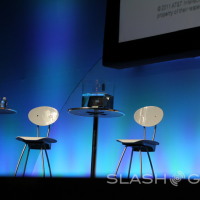 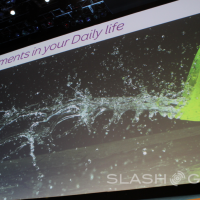 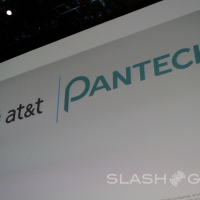 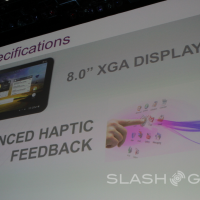 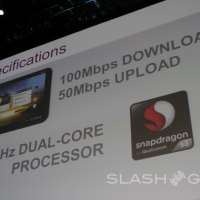