Panasonic has outed its latest Micro Four Thirds camera, the LUMIX GF5, a 12.1-megapixel pocket scale shooter that refines the good work of its GF3 predecessor. The GF5 introduces a new Live MOS image sensor along with the latest version of Panasonic’s Venus Engine with Multi-process Noise Reduction, together good for maximum 12800 ISO and 0.09s autofocus. It’ll also shoot 1080i Full HD video.

On the back is a new, 3-inch 920k dot LCD touchscreen, doubling the resolution of the 469k dot GF3 for higher-quality previews and smoother menus. There’s a pop-up flash as before, and the camera can be set to both lock focus and fire off a frame when a point is tapped on the touchscreen. 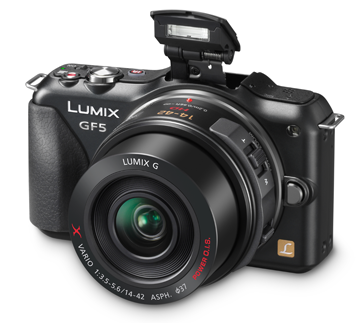 Focusing uses Contrast AF, controlled by the image sensor, and the GF5 introduces full-area focusing to Panasonic’s G-Series. There’s also Pinpoint AF, which enlarges the point of focus for more accurate selection in the scene; AF tracking can then follow that subject around.

The LUMIX GF5 will go on sale “later this year” in black, white and red, either at $599 with a 14-42mm standard zoom lens, or at $749 with a 14-42mm power zoom lens. If you want to get a feel for the LUMIX GF5 before it goes on sale, Panasonic has released a LUMIX G experience app [iTunes link] for iPad. 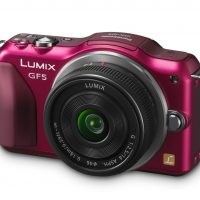 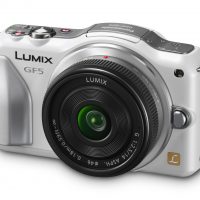 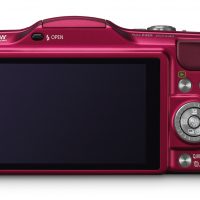 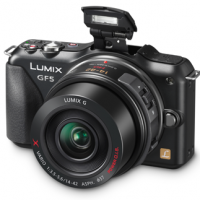