As monstrously over-the-top supercars go, anything from Italian marque Pagani is going to pretty much count, but seldom do they get quite as extreme as the new Zonda Revolucion. Revealed this week, the carbon fiber beast is probably about as close to an F1 car as most (obscenely rich) people could afford, borrowing liberally from performance motor-racing to deliver on the promise of its €2.2m ($2.9m) price tag.

So, you get a carbon-titanium monocoque chassis to keep weight down and strength up, and to that Pagani bolts an AMG Mercedes powerplant, specifically a 6.0-liter V12. That’s the same core engine as in the “regular” Zonda R, but here Pagani’s engineers have given it a quick fettling so that it pushes out 800HP and 730 Nm of torque.

A total of 748 HP per ton gets squirted through a 6-speed sequential gearbox, which can shift between cogs in 20ms. Bosch supplies the special traction control system and ABS, which has 12 different settings to suit the driver. 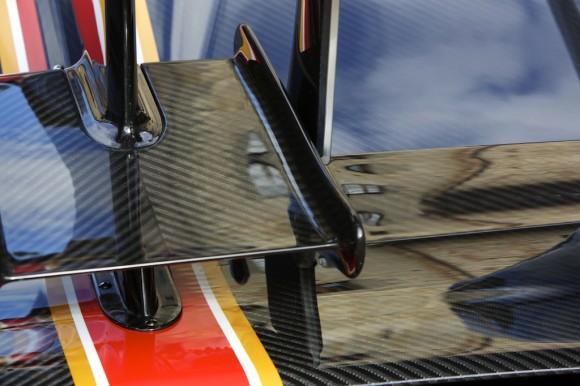 Although from the outside it may look like Pagani took the normal car and then slapped a huge spoiler on it and some front whiskers, in actual fact they’re mighty important if you want to keep on the road. So, there are new deflectors for the bonnet that work with a vertical stabilizer at the rear and a driver-adjustable drag-reduction system integrated into the wing; a button on the steering wheel flicks between modes, or if you hold it down the computer kicks in and adjusts it automatically.

Brembo brakes have been on a diet and shed 15-percent of their weight compared to last time around, and they’re stiffer and more resilient to extremes of temperature, Pagani says, too. As well as making a difference on the track, it should have an effect on the owner’s wallet, too, as Pagani claims they’ll also last four times as long.

As you may have guessed, Pagani’s new Zonda Revolucion is targeted at track day use, not for out on the road; free of those practical considerations, it’s the fastest car in the company’s range. On sale now, though we doubt many would be able to afford it.