Water and electronics generally don’t mix, and while we’ve seen ruggedized, waterproof smartphones before they’re generally rubber-clad, oversized and awkward. P2i hopes to change all that with its Aridion coating, a way of not only making the outer casing of a phone or tablet (or, indeed, plenty of other devices) resilient to moisture, but the internal components too. Read on to find out why you really want your next gadget to get the nano-tech treatment.

P2i had two Galaxy S II handsets to demo, one treated with Aridion and the other untreated. Drip water on the regular phone’s circuits and it immediately spread out around them; after a while, that’s what causes shorts, corrosion and, eventually, phones stopping working. On the Aridion-treated GSII, meanwhile, the droplets stayed as perfectly formed bubbles of liquid, easy to dab up with a cloth. 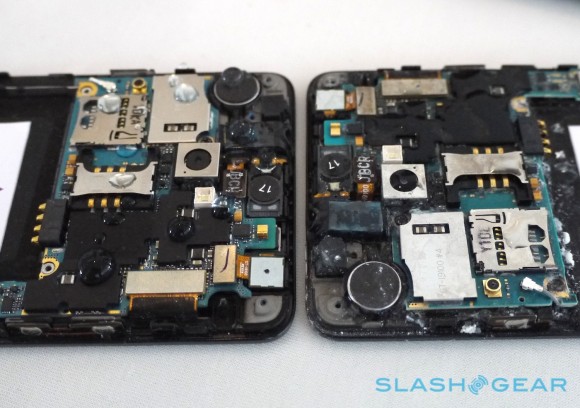 Aridion is rated for water immersion for up to four seconds, though P2i doesn’t bill it as a way to protect phones from underwater use. However, it does mean that if you drop your phone in a puddle, a few shakes should be enough to rescue it afterwards.

As the brief video demo below shows, P2i’s treatment technology isn’t limited to gadgets. The napkin in the clip is regular paper that’s been put through the Aridion process; that makes it impervious to water, though you can’t notice any difference in terms of touch. Droplets simply bead on top, and you can see the difference where they spill over the edge and are instantly absorbed by the tablecloth.

What makes the technology particularly convenient is the relative ease of application. The process involves putting the gadget in a partial vacuum into which the gaseous Aridion chemicals are introduced: these then coat all surfaces, inside and out. There’s no need for any masking off of sections not suitable for coating, which means the finished product can be treated in one go: P2i basically slots into the manufacturing process just before the device is packaged up, rather than interrupting the assembly line.

The technology isn’t completely new – P2i has been using it to treat boots for various outdoor-wear companies for the past few years – but gadget use is only just beginning to take off. Right now, if you want Aridion in your phone or tablet, you’re basically limited to two devices: Motorola has used the treatment technology in its DROID RAZR as well as in the XOOM 2 tablet. However, the company tells us that it’s in discussions with other firms regarding potential deals 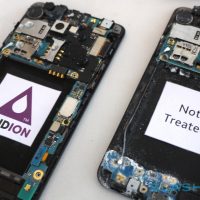 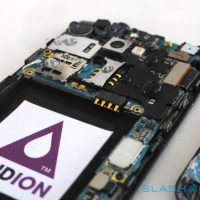 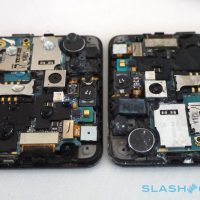 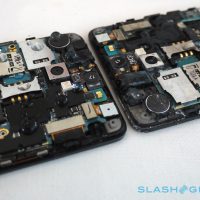 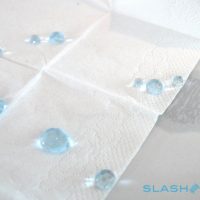