The folks at Otter Products patented a number of designs for foldable-screen phone cases. The patents just came to light this week and seem pretty specifically tuned for a couple of different sorts of phones. The existence of these designs does not definitely point toward one brand having a phone like this – but the potential for such is pretty interesting.

What we’re seeing here is a phone – or set of phones – that have a bend in their middle. This bend runs through the center of a display, and the backside seems to have another, smaller display. The phones we’re seeing here in these patents very much seem to replicate a modified version of an older Samsung Galaxy phone. 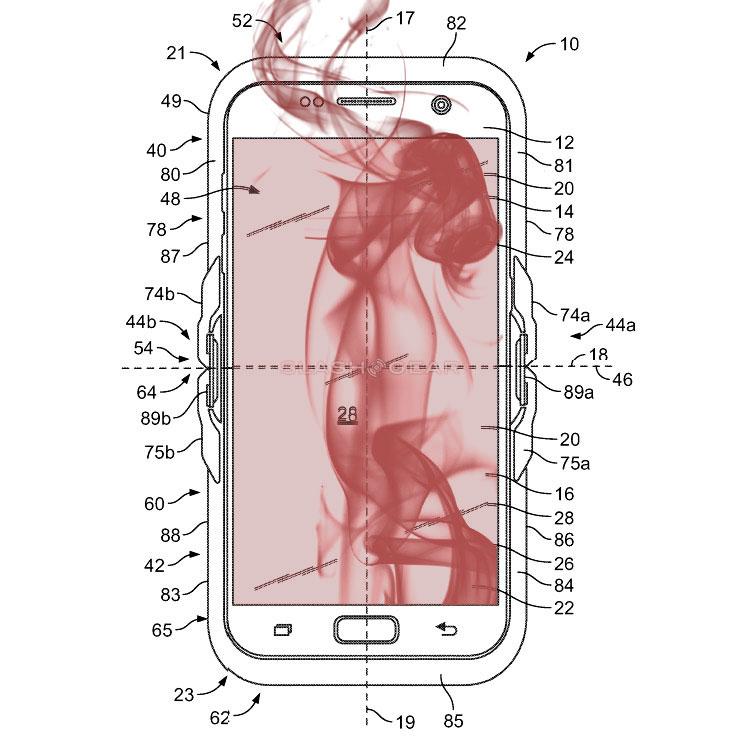 NOTE: I’ve added the color and the smoke effects here to indicate where the patent suggests displays are situated. There won’t actually be any smoke involved in the final product – we would hope! The BLUE part below shows where the back of the phone would show through the case – the red is the back-facing display. 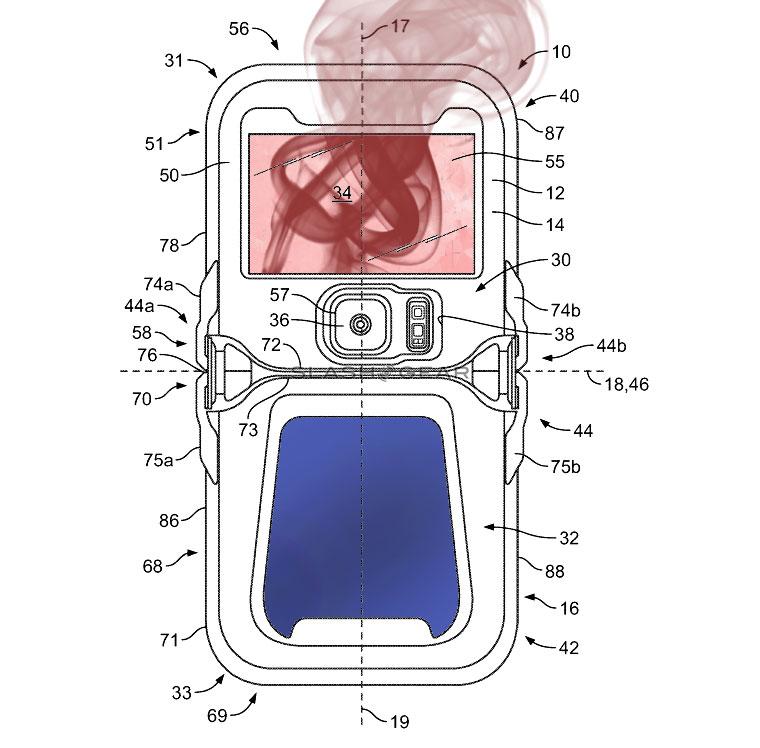 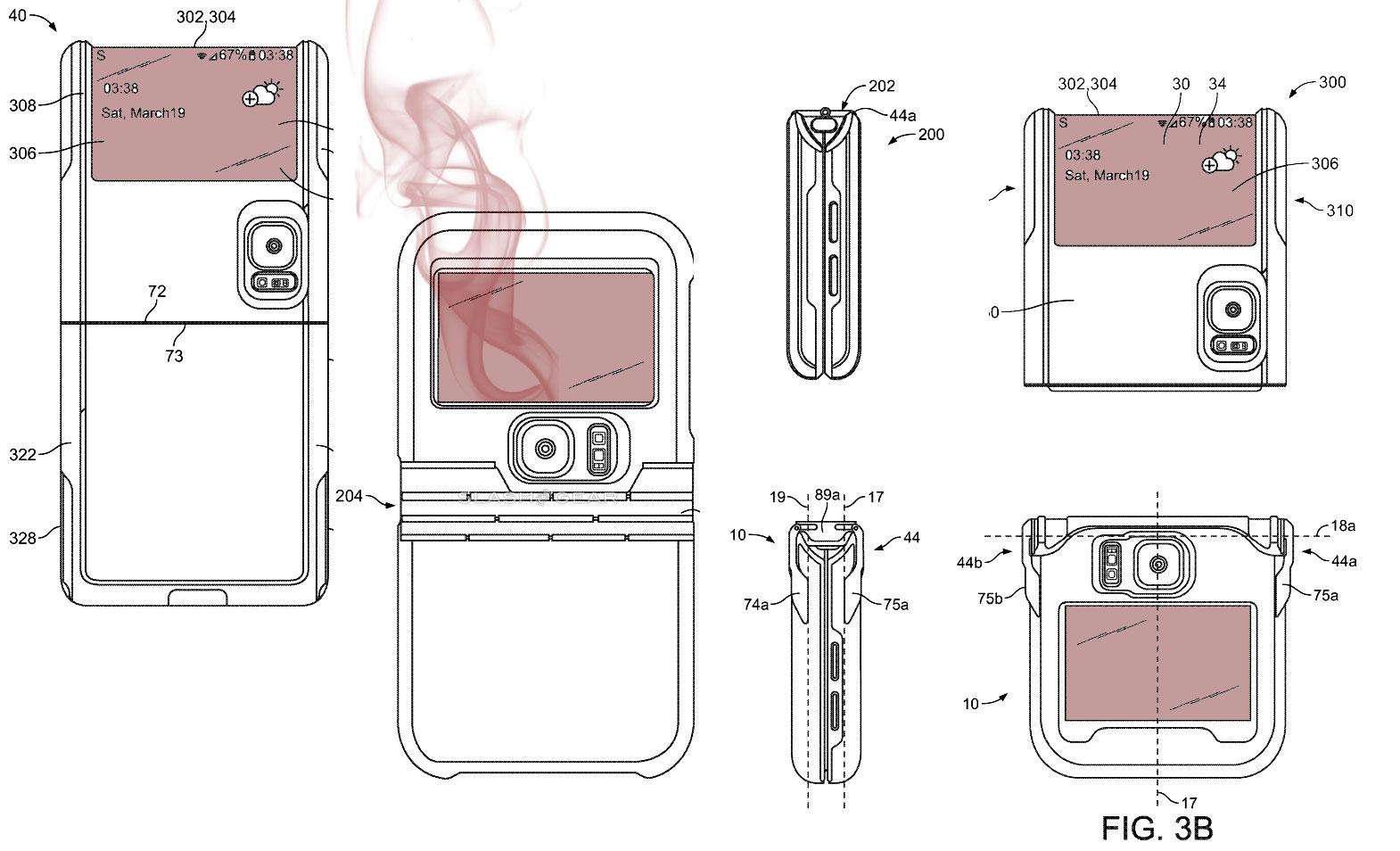 If you’ll take a peek at the Samsung Galaxy S7, you’ll find that this was the last device in the Galaxy S line to roll with a front-facing physical home button. That home button also appears in the Otter patent. It’s almost as if Otter was working with the idea that Samsung’s design language wouldn’t have a major change in the next year – not with its frontside home button, anyway. 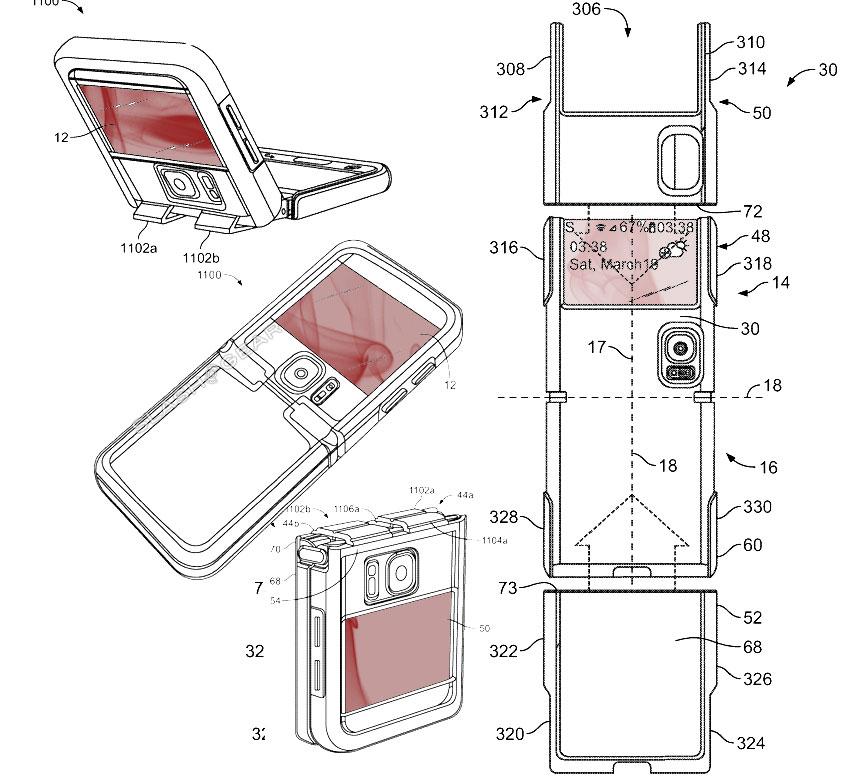 Above you’ll find a display on the back of the phone that rides up and maybe over the top of the phone’s head. This indicates the case was designed with either Samsung’s Infinity Display tech or something from Huawei in mind. Below you’ll see a single tablet-like design in the mix. 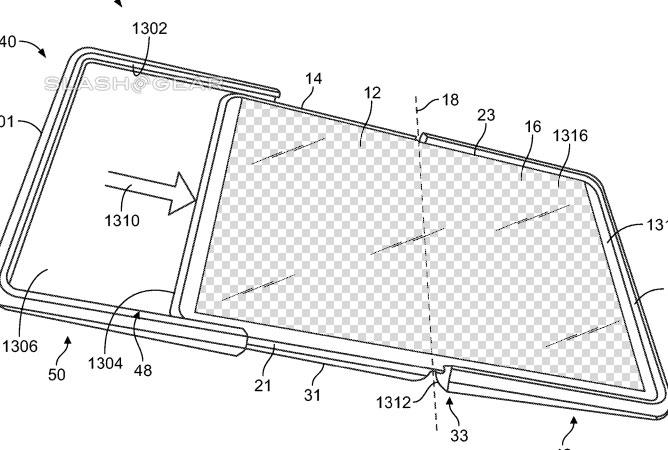 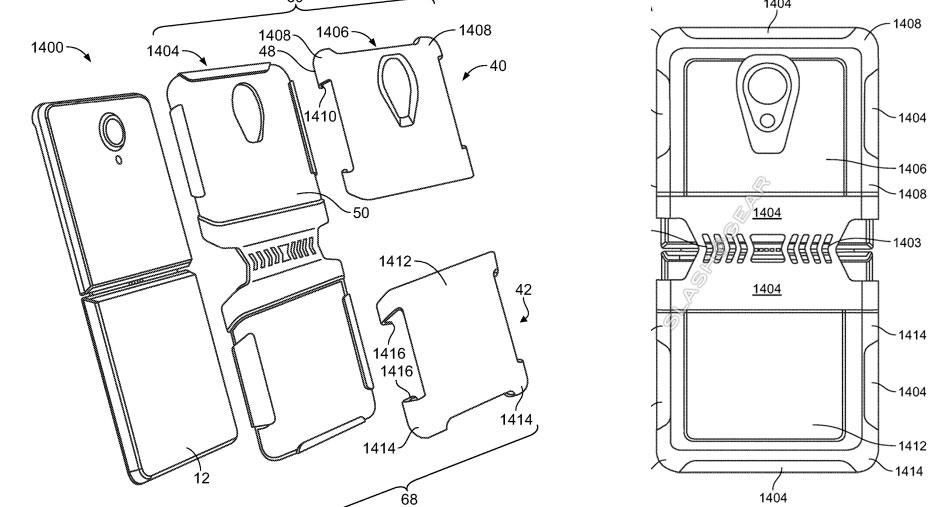 Also above you’ll also see an alternative vision of a folding-display phone with no display on its back. This is more akin to an elder flip-phone, with very little reason to flip aside from the added protection it would offer to the screen inside. There’s a distinctly non-Samsung sort of camera array here – maybe closer to LG?