The web browser Safari has been given an unforseen boost this week during WWDC 2013 from Apple in their presentation of OS X Mavericks. This system’s name comes from surfers down on the west coast – so too does the web surfing app at the head of Apple’s efforts make with the updates.

Here with Safari, Apple has added systems like Process per tab, Nitro Fast Start, Power Saver integration, and background tab optimization. This system will make shared memory resource caching as well. As Apple notes this week, Safari’s usage compared to Chrome is 1x to 1.6x, while Firefox uses a whopping 2.9x the CPU. 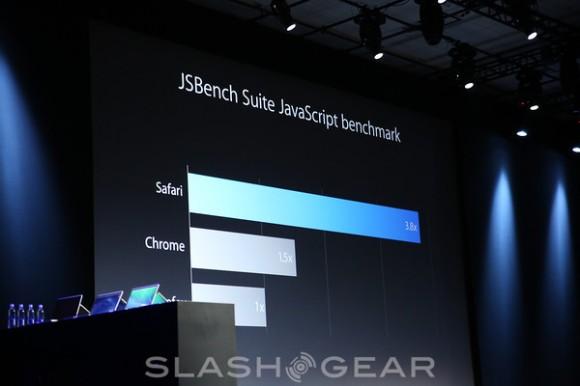 Oddities like smoother scrolling join features like App Nap. WIth App Nap, Safari’s power usage is super low on all bits and pieces everywhere outside the item you’re working with. Twitter has been given deeper integration into Safari for Mavericks, while tabbed usage has been given a bump just as the normal folders for OS X Mavericks gets its own tabbed interface. 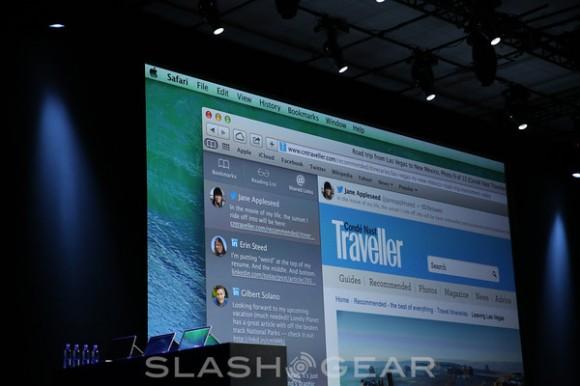 This system will very likely be unveiled for the public later today or later this week as OS X Mavericks gets its push later this year – at the moment, it’s not solidified when these features are going to be hitting the public. Stick around SlashGear’s Apple hub for more information all day and week long!