Since some of those notifications may come in when you’re not near your Mac, there’s also support for OS X Mavericks to collect them up and then show you them as soon as you power the system on. The pop-ups show up in the top right corner of the lock-screen.

There’s also support for apps to update in the background, meaning more likelihood that the freshest data will be ready for you to review as soon as you open your MacBook. We’ve seen Intel do something similar on ultrabooks with Smart Connect. 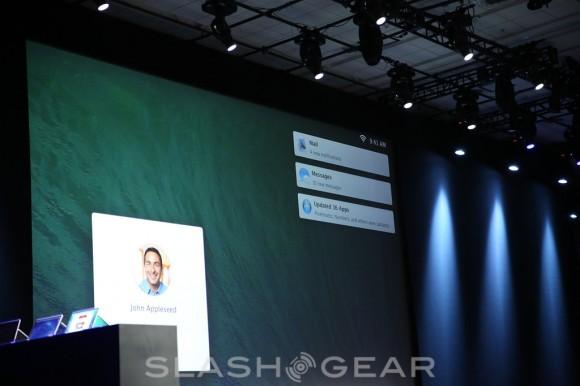 As for the calendar, in OS X Mavericks that has a far more pared-back UI, with none of the skeuomorphism that Apple has been criticized for in the past. It now synchronizes with Facebook, too, pulling in calendar entries from the social networking service.

Meanwhile, those appointments are more intelligent too. They can now be location-aware, pulling in maps of the location of each meeting; OS X Mavericks can figure out travel time, too, and even flag up what the weather will be like at the destination.