Today Dropbox launched their IPO to what’s currently considered a rather excited public. The stock sits at +35.67% this afternoon, and it’s daily high is at $28.49 USD. This public offering came just over a decade after Dropbox showed their first presentation for seed money. Today we’re having a peek at that original pitch, finding it just about as fresh as it was 10 years ago. A surprisingly small amount has changed in Dropbox’s business space since then.

The document began with a simple concept. “It’s 2007, and it’s still a pain to work on multiple computers, share files across a team, put [media] onto the web, [and] protect files from loss.” Fast forward to 2018 and what’s changed for millions of people around the world? Not a whole lot. Not unless they’ve adopted systems like what Dropbox now offers. Dropbox is far from capturing the whole industry.

The pitch continued, asking “What are people doing now?” The document mentioned email attachments, USB drives, browser uploads, and “piecemeal solutions.” Sound familiar? What do you use at your workplace? I personally still default to email, even though “better” solutions are available. 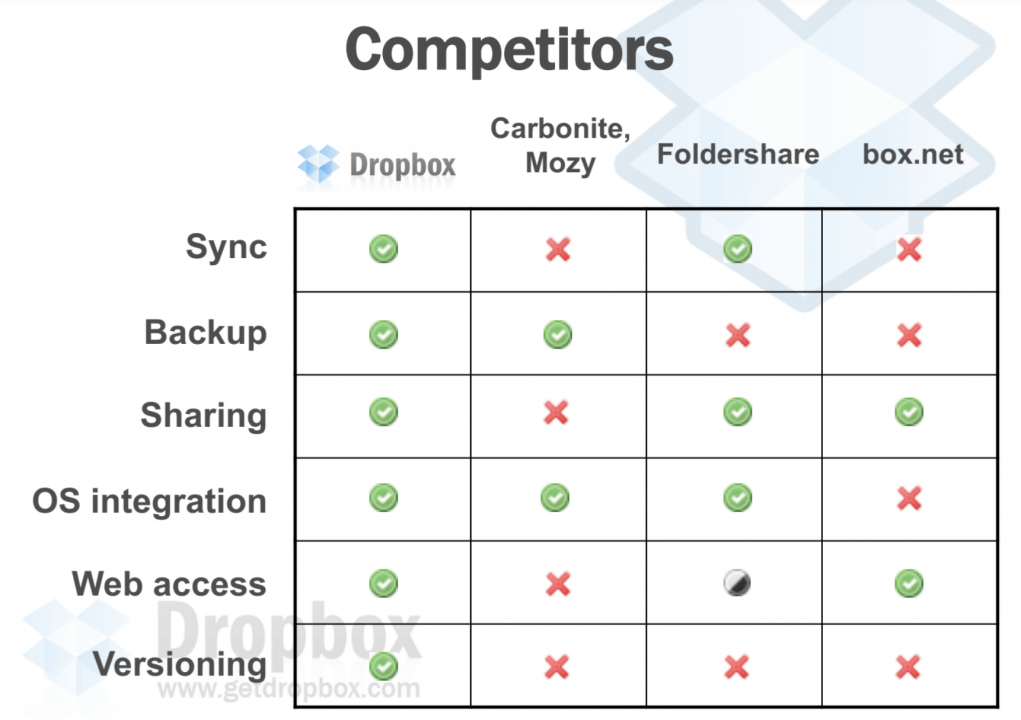 Above you’ll see what Dropbox was up against back in 2007. What a pitiful group of competitors. The cloud storage universe wasn’t much larger than a tiny system of planets. In this regard, things have changed a bit more than others. Major names in storage have cropped up: Google Drive, Microsoft OneDrive and Azure, Amazon S3, and more. 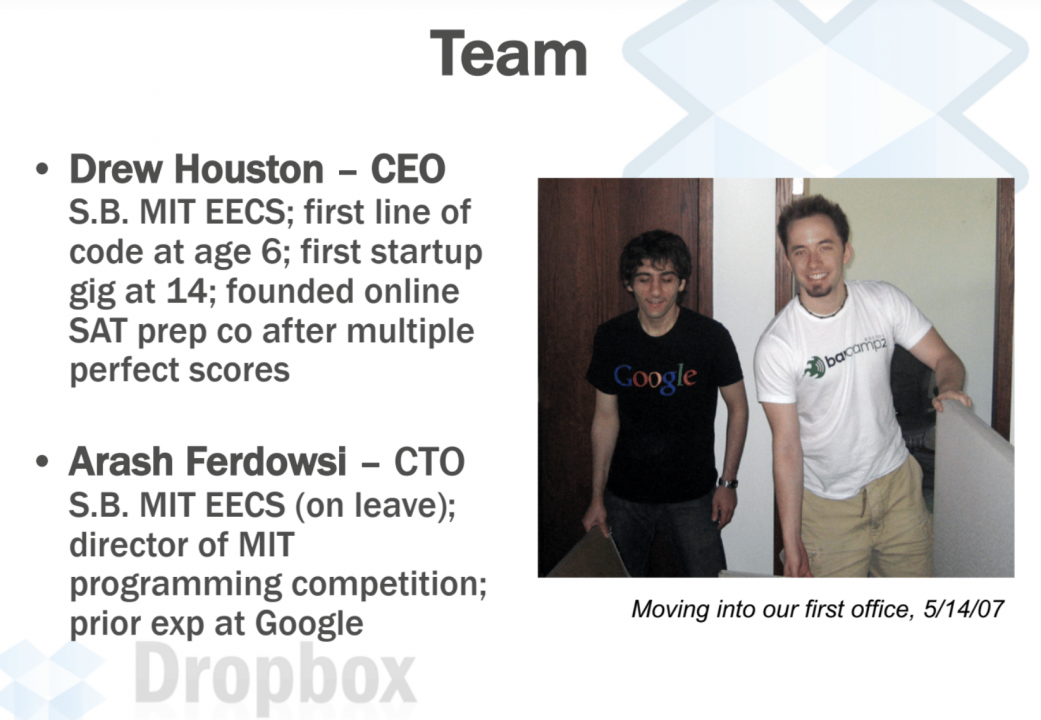 Look at these goofballs. They included this slide in their actual real-life pitch for investment money. Imagine trying to get your company a whole boatload of cash so you can take over the digital world, and using a photo of your 2-man team in t-shirts, kinda like… leaning over… in a hallway? That’s daring – but it seems to have worked.

Ten years later and Dropbox is a multi-million-dollar public company. The folks at investment group Sequoia put the Dropbox experience in simple terms as the company joined the market: “Delight. You felt it the first time you installed Dropbox. Finally, your digital life was simplified and empowered by a service working magically on your behalf.” For the moment, it would appear that the folks at Dropbox grabbed onto success and stayed the course – so far.

As a company like Facebook’s shown over the past few years, a company can change pretty drastically once it’s gone public. Cross your fingers Dropbox’s changes from here on out are all positive.