OPPO has revealed its first smartwatch, the OPPO Watch, complete with integrated cellular and a trick screen – and a design that looks very familiar. Announced alongside the OPPO Find X2 Pro – you can see our detailed first-impressions of the new smartphone here – the OPPO Watch isn’t short on power and features, but we suspect it’ll be its Apple Watch-like style that gets talked about the most.

The Chinese company certainly isn’t shy about talking up its design. The OPPO Watch has a 4.5mm aluminum frame and a 3D curved glass crystal on the front, while the back has a 3D ceramic design. The standard straps are either Italian calfskin leather or flouro rubber, with a variety of colors. Popping them out is a matter of pushing a button and sliding them. 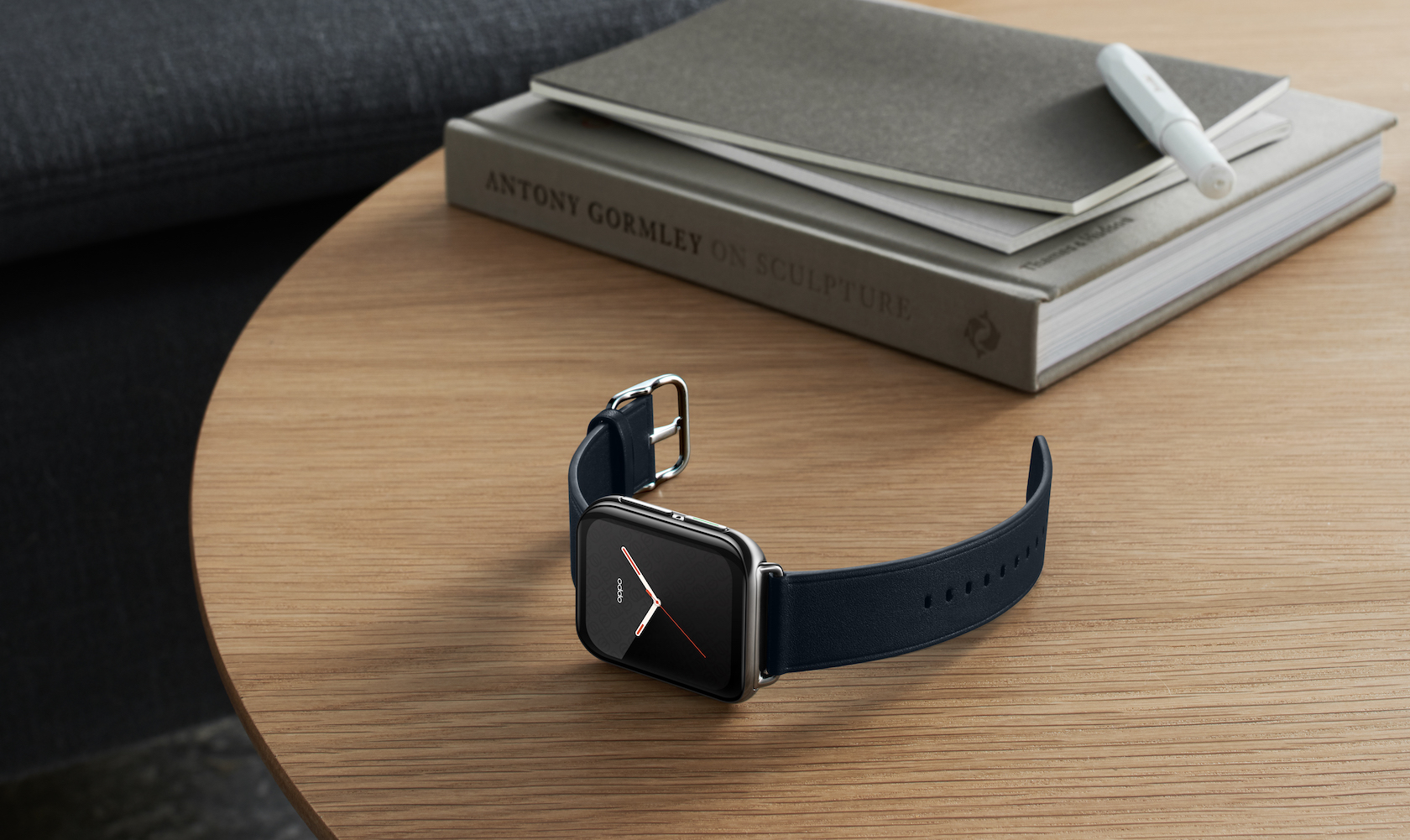 Problem is, the design that OPPO has come up with is astonishingly close to that of the Apple Watch, and it’s hard to imagine that it was by accident. Even the interface is similar, with graphics that look a whole lot like what Apple’s watchOS has been offering for the past few years. 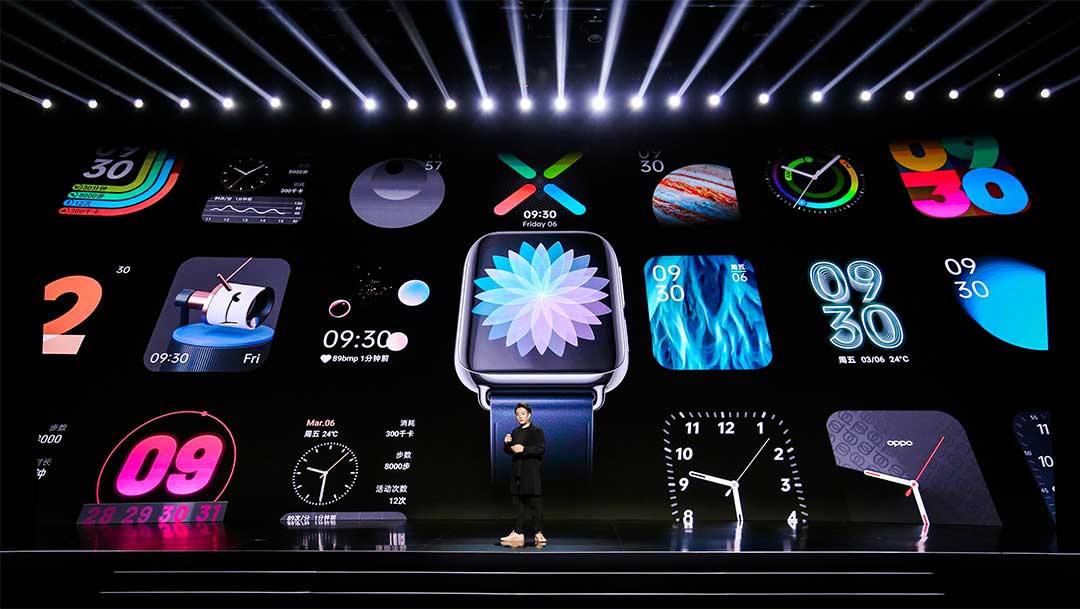 OPPO is especially proud about its panel, which it says is the first use of a “flexible hyperboloid” screen on a smartwatch. There’s also eSIM cellular connectivity, allowing the OPPO Watch to be used as a phone for voice calls as well as to get online without a paired smartphone nearby. 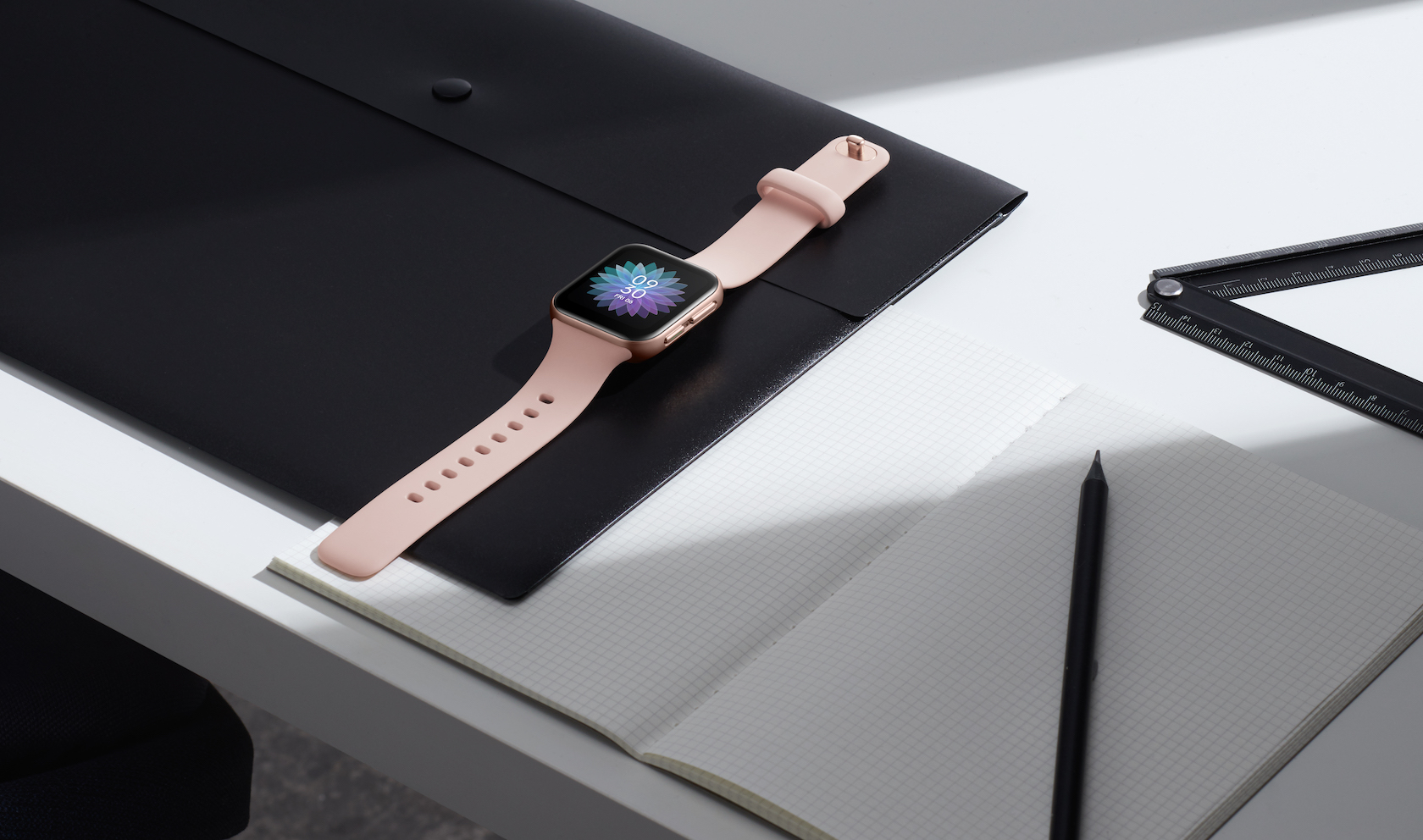 There’s an app store for the Android-based ColorOS Watch platform that this current version of the smartwatch runs. However OPPO says that it plans other versions “tailored to other markets” soon, so we wouldn’t be surprised to see Google’s Wear OS as a possibility. That would at least have the advantage of the Google Play store. 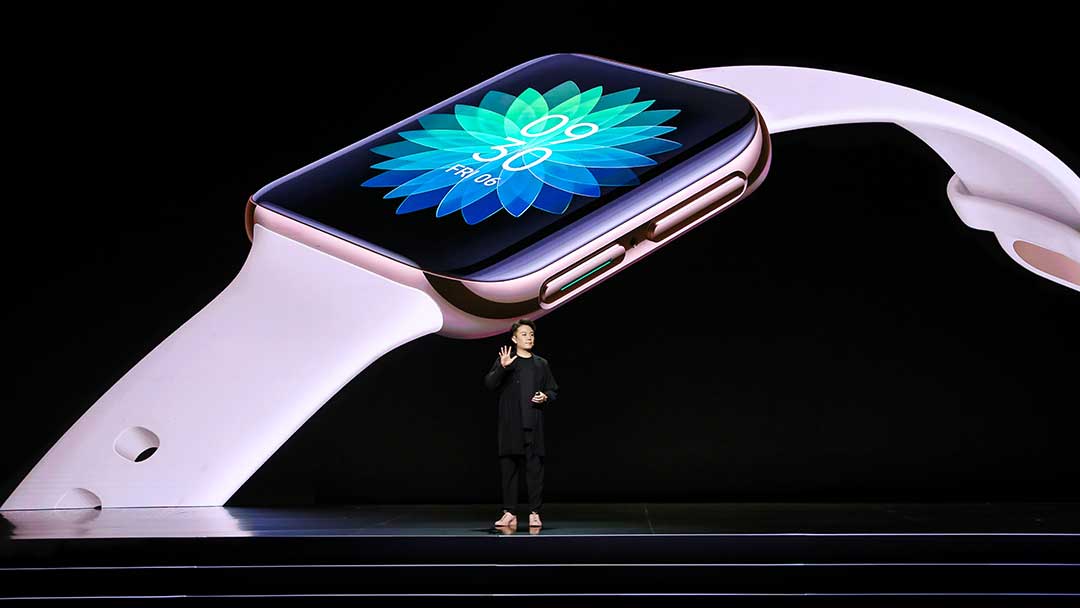 As for functionality, there’s heart rate tracking and sleep monitoring. OPPO says it has squeezed five different exercise sensors inside, and that it can track things like deep and light sleep phases, awake time, and menstrual cycles. There’s also a breathing reminder. It’ll all sync with an Android smartphone running the OPPO HeyTap Health app. 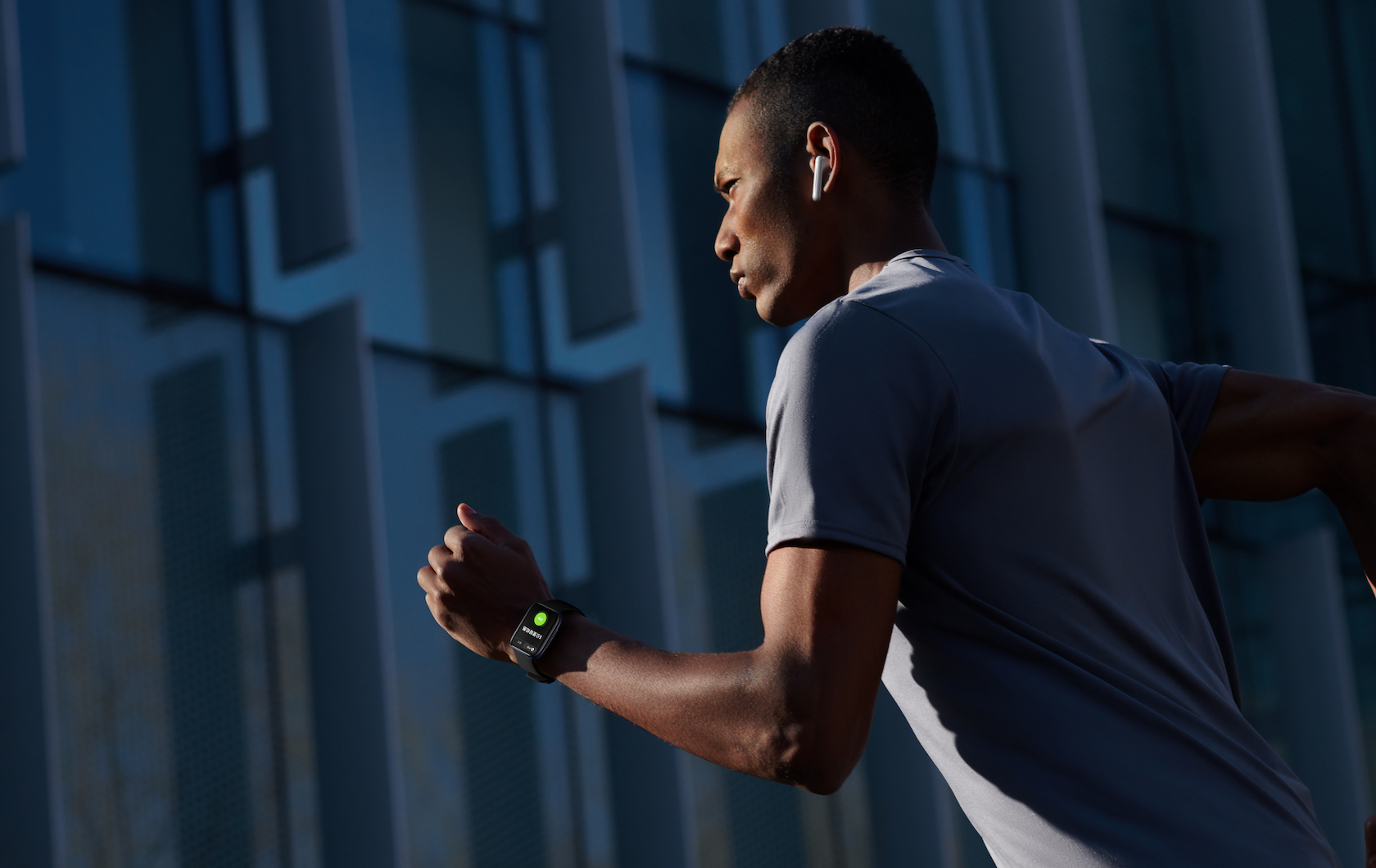 Inside, there’s both a Snapdragon smartwatch chipset and an Apollo chip, which the OPPO Watch can flip between so as to balance performance and battery life. In Smart Mode, for example, OPPO says its wearable could last up to 40 hours. Power Saver Mode – which pares back the functionality to the basics, like notifications – promises up to 21 days on a charge. 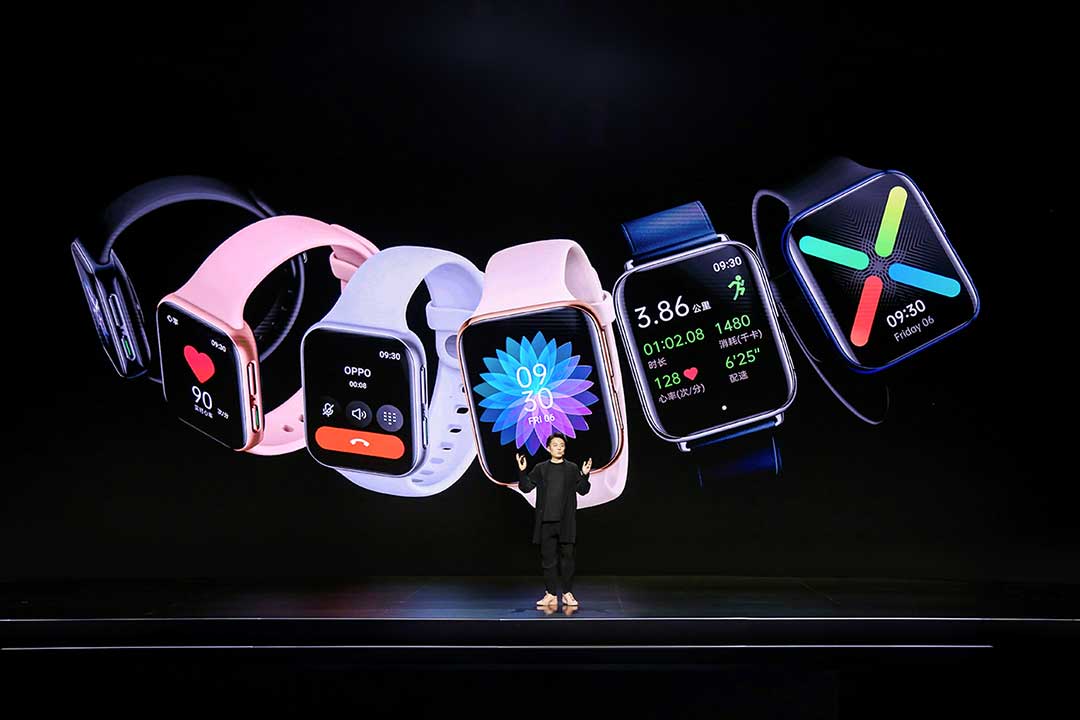 In all, there’s a lot to like about the OPPO Watch, and it’s frustrating that – by virtue of its design decisions – the wearable is probably going to be largely overshadowed by discussion about its similarities to the Apple Watch. That’s a missed opportunity, because the Android world is short on compelling smartwatches, especially ones with lengthy battery life and integrated cellular.

The OPPO Watch will launch in China from March 24, priced from 1499 CNY ($215). Other versions will launch after, with OPPO promising to eventually offer the smartwatch globally.