OPPO Avengers Endgame phone unboxing: You can’t have it!

This is the OPPO F11 Pro Avengers Limited Edition (released for Avengers: Endgame). Over the past decade, we’ve unboxed and reviewed just a few special limited edition versions of gadgets like these. This device, like the rest, aim to capitalize on the hype generated by the cross-branded property – in this case, Avengers: Endgame, the film that now has the most successful global movie opening in the history of movies.

The Avengers limited edition of the OPPO F11 Pro is extremely similar to the non-Avengers edition. In fact just a few features are in any way different, starting with the box. The box is black, printed with some glossy black or straight gloss, showing the designer’s class in the process. It’s classy to print black on black, and just as classy to print a layer in gloss alone – so says I. 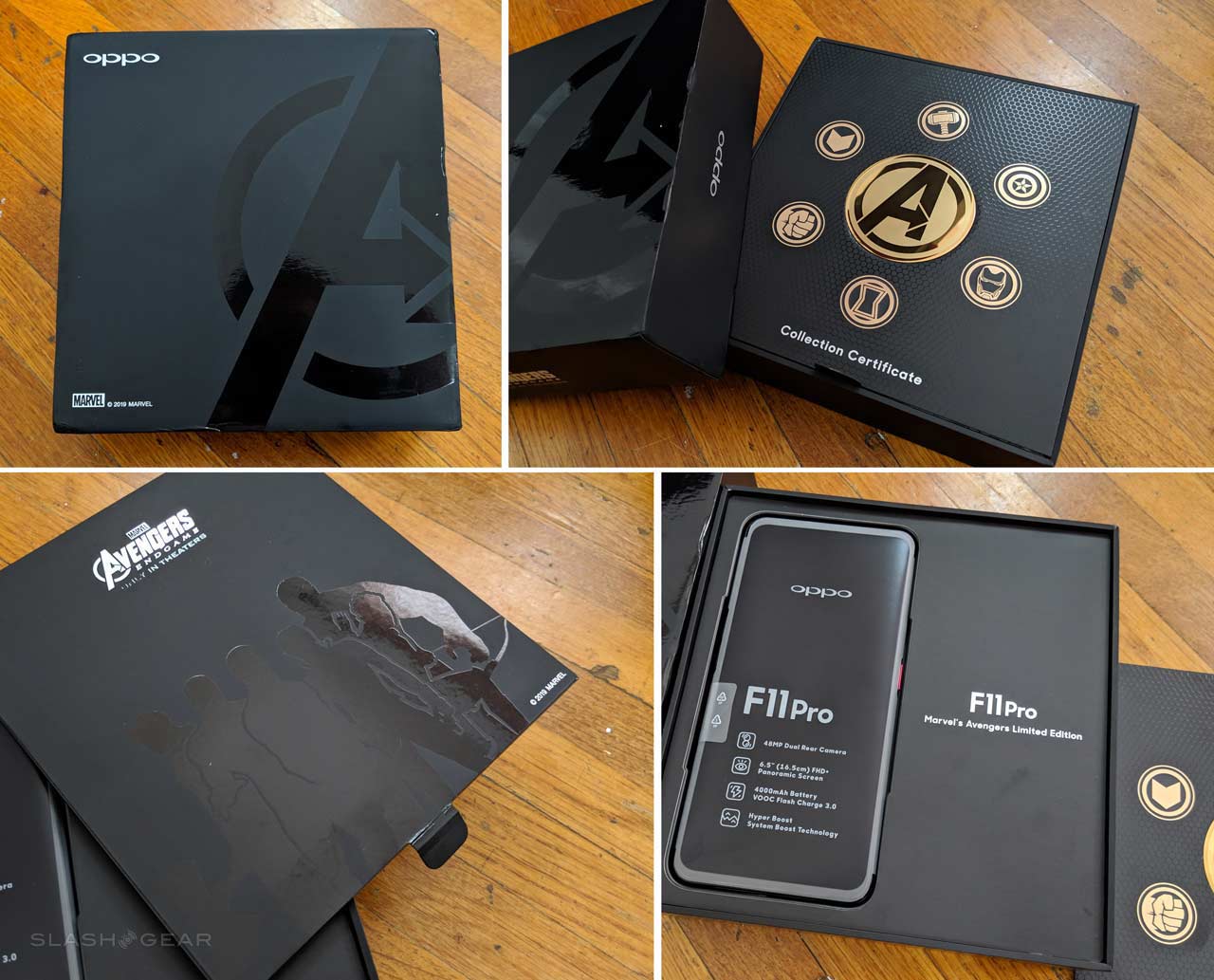 Inside the box you’ll find a box layer which pulls up and out. This layer doubles as a holder for a “collectable” coin. They write here “Collection Certificate” to make it feel like you’ve gotten yourself into something really special.

The coin is a little thicker than a quarter or a euro, and has no notches on its edges. You can see the points at which the metal was cast and split around the edges as well. This is fun sort of gesture, this coin, but it’s not a quality which you’d want to save in hopes of great value in the distant future. 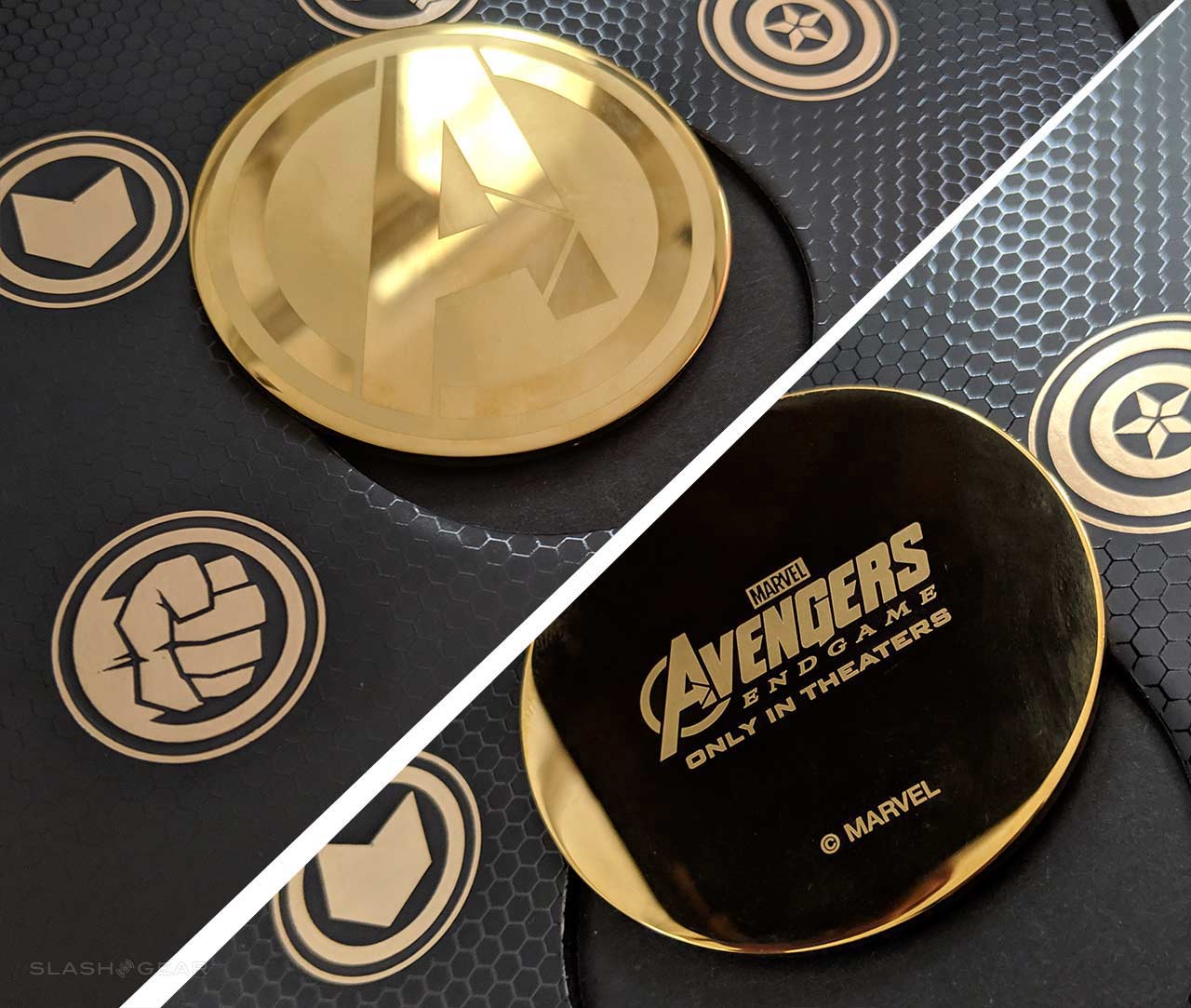 Inside the box is the phone itself and a special edition case. The case is probably the most worthwhile part of this whole limited edition package. Inside the case is a soft material to keep the phone safe from scratches, while the outside is a silicone of some substantial thickness. 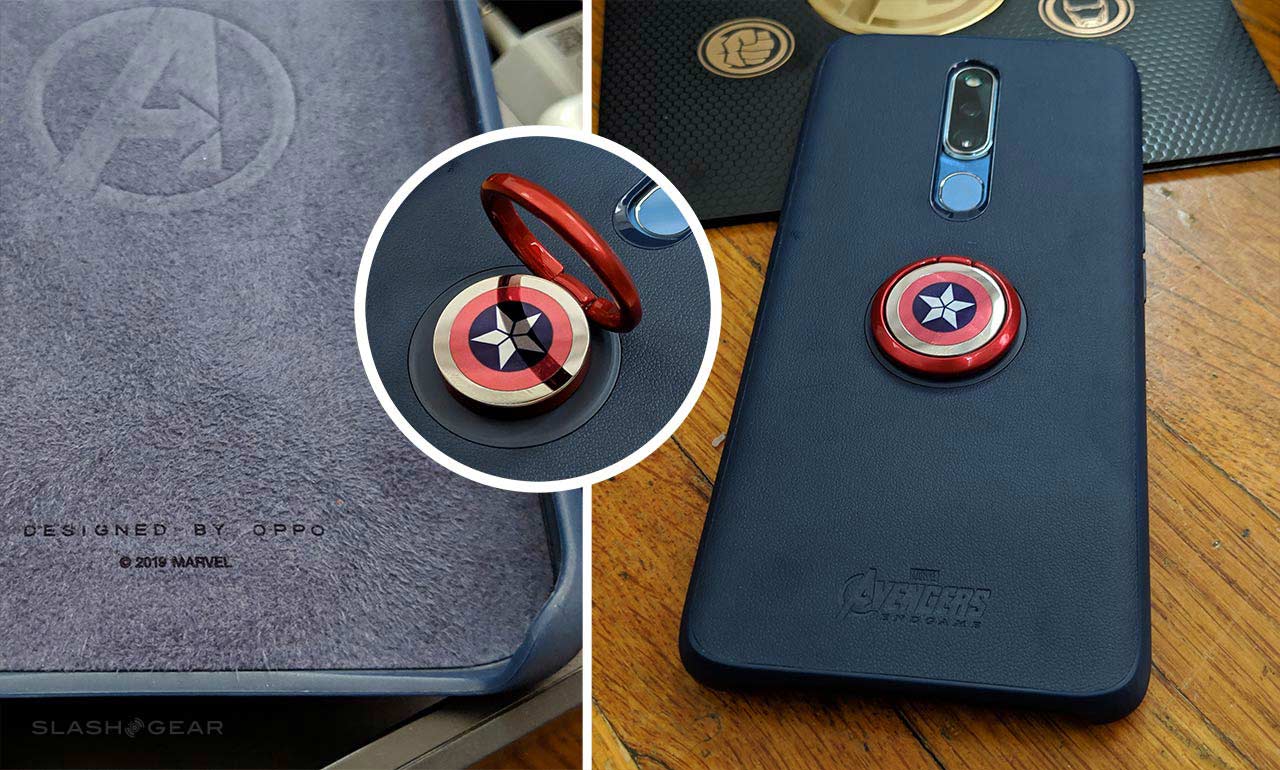 On the back of the case is a Captain America circular shield that’s risen above the surface significantly higher than the thickness of the coin we saw earlier. This Cap shield doubles as a finger holder and kickstand – the outermost red ring pulls up and out – which is pretty clever. 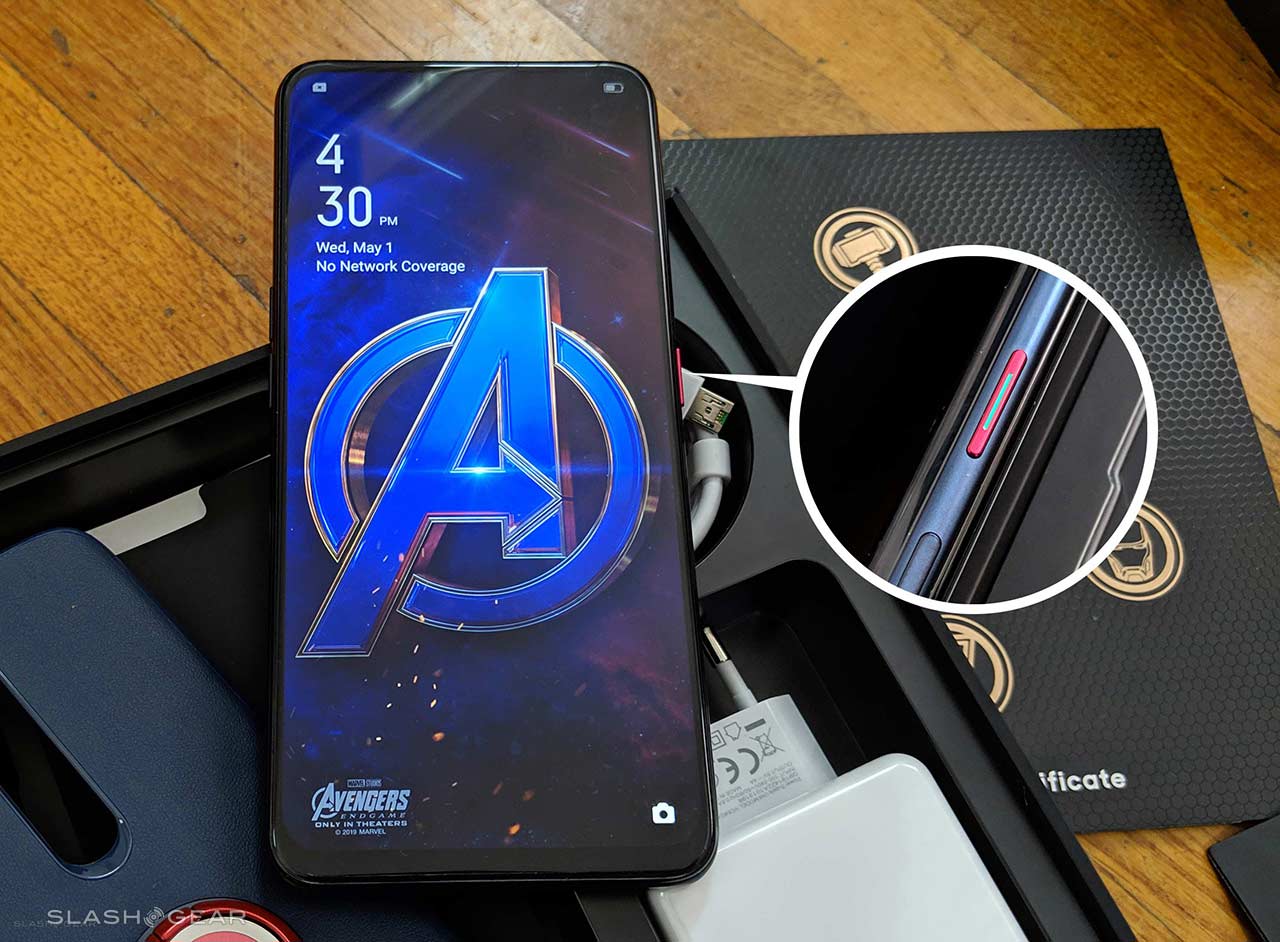 The OPPO F11 Pro itself has a dark blue color to most of its body, with a sharp red line over its power button. The back of the phone looks quite similar to the standard Aurora Green edition – but here it’s blue.

The color variance and gradient of the backside of this phone isn’t quite as extreme as it is in the Thunder Black edition (See our full OPPO F11 Pro Review in Thunder Black too!) The lack of extreme color is forgiven in the presence of the RED Avengers seal accent. The designers of this hardware had the class to make the size of the A far larger than the size of the phone, avoiding what could have been a significantly more pedestrian piece of work.

Since the folks at OPPO knew you liked the Avengers logo, they also put an Avengers logo above the camera array, so you’ve got two Avengers logos on the back side of the phone. You’ll find another Avengers logo in the phone’s default wallpaper as well.

The front-facing pop-up camera (which rises up mechanically when summoned) is the same as it was in the standard edition, save the color. The left and right bits are transparent plastic, the front is black, and the back is blue.

Above you’ll see some specifications for this phone. This phone comes in ONE configuration since it’s super limited edition. The phone apparently sold out “within one hour” according to an OPPO press release… So you’ll probably not have a particularly easy time if you’re aiming to attain.

OPPO suggested that they had additional phones available, but that they’d be sold in “offline sales” which start on May 4th, in India. So good luck on that! The price of this phone was INR 27,990 – that’s Indian Rupees, and converted to USD, it comes to approximately $400 – not bad! Let us know if you find one!