You always expect to get some kind of hands-on while you’re making you’re presence known at a trade show or two, and luckily for us we managed to get our hands on the brand new OpenPeak tablet. Featuring Android as its mobile Operating System, the OpenPeak tablet is one device we’ve been waiting to get some hands-on time with.

The OpenPeak tablet is heading to AT&T in the near future, which means that it should be a good competitor to the already stationed iPad from Apple, and the newly-confirmed Android 2.2-based tablet from Samsung, the Galaxy Tab. Featuring a 7-inch display, it also has the hardware buttons that Android fans have grown to know and love: Home, Back, and Menu. The keyboard on the tablet is pretty cramped, but we found that typing wasn’t that bad at all. This is the same tablet that was announced way back in March.

Probably a bit more noteworthy though, is the inclusion of a camera on the back of the device. Unfortunately, our hopes that we’d find some kind of flash back there were dashed. On the top of the device you’ll find more hardware buttons: Power and the volume rocker, for starters. You’ll also find a door that hides the USB port. As for the software, we enjoyed what we got time to play with, and can’t wait to see more from OpenPeak.  Until then, check out the images below. 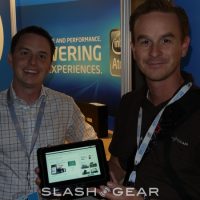 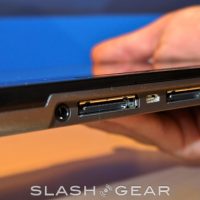 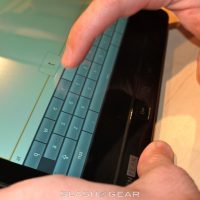 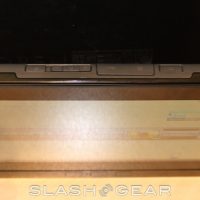 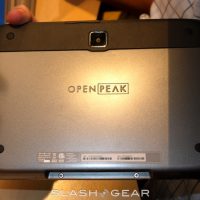 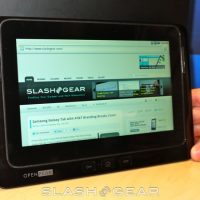 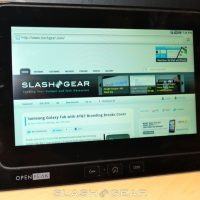 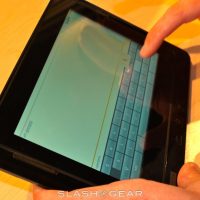