These days have been marked by efforts to bring to the masses certain products or production capabilities that have mostly been reserved to companies or larger entities. Examples of this are rising popularity of hackerspaces, microcontrollers such as the Arduino and the Raspberry Pi, and 3D printing. The latest addition to this group is the Open Brain-Computer Interface or OpenBCI, which aims to create an affordable yet high-quality open source device, platform, and community around measuring brain waves.

Electroencephalography or EEG is the method of measuring brain activity by taking note of very small electrical signals emitted by the brain. These electrical signals are emitted when we do pretty much anything and can become the basis for things such as computer interfaces that try to infer the wearer’s intentions or thoughts simply by reading brain waves. This might sound like science fiction, but it already exists as a game controller even. Though ultimately an exercise in frustration, Emotiv’s Epoq headset has been around even before 2010. 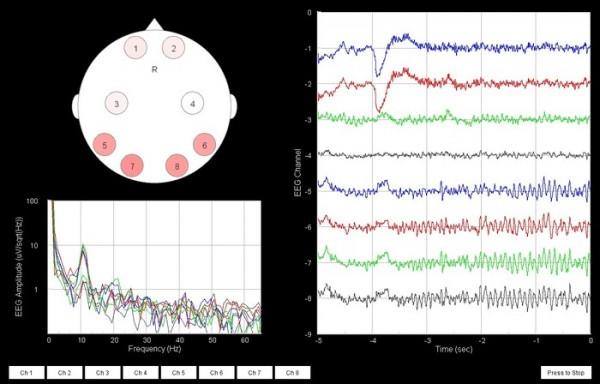 An EEG system requires at the minimum three things: electrodes for gathering those electrical signals, an amplifier for detecting and relaying them, and a computer for interpreting the signals. The heart of OpenBCI is the second part, an EEG amplifier that will sit in the middle of the whole system. The OpenBCI is based on Texas Instrument’s ADS1299 chip made especially for EEG. OpenBCI, however, completely opens all of the system, providing an onboard re-programmable microcontroller. The video below explains OpenBCI’s goals and ideas.

But more than just a microcontroller, the folks behind OpenBCI also want to build up a whole platform as well as a community that will drive the EEG field forward from the grassroots level. The board itself is meant to undergo three iterations, the last, which will be the version that ships out to backers, will end up as a hexagonal board that can be mounted at the back of a 3D printable headset. Yes, OpenBCI is also developing a heavily customizable headset for attaching electrodes that looks something out of a science fiction prop set. 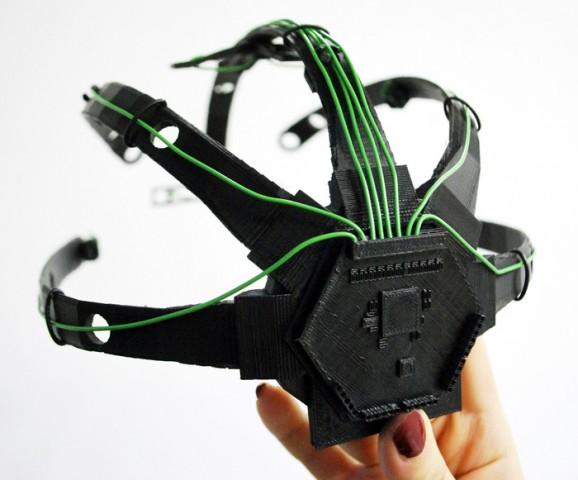 OpenBCI’s ambitions are quite large and obviously it will need money to reach them. It has turned to Kickstarter to help fund some of its goals, particularly in adding Bluetooth connectivity and manufacturing. Right now, the campaign has gathered more than its $100,000 funding goal, with 5 days left to spare. A pledge of $299 will get you one OpenBCI board but if you’re a beginner you might opt for the $324 tier instead which will also bag you 10 passive electrodes and some conductive paste. The headset isn’t included in the rewards but the design will be freely available for anyone to print out with 3D printers. 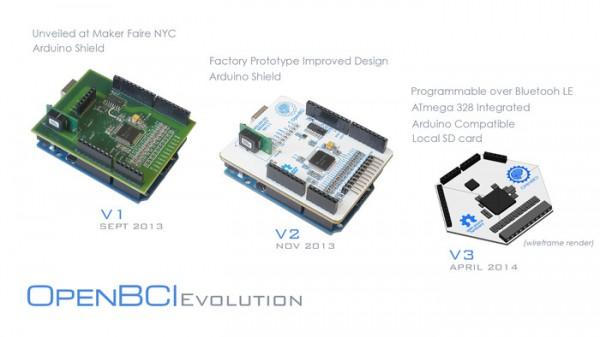