OnePlus just loves tying up with companies to put their brand on its devices and spread its devices to fans of those franchises. It tried that tactic for a few years with racing car marque McLaren but that partnership ended last year. Now it seems to be cozying up to other companies, including CD Projekt RED and its controversial Cyberpunk 2077 game. As it did for one of its phones, it is now making a OnePlus Watch Cyberpunk 2077 Edition that you won’t be able to get easily unless you live in China.

Cyberpunk 2077 was one of the most anticipated games of the past few years so it’s no surprise how large the outcry was when it failed to deliver. It was plagued with bugs, especially on consoles, and was criticized heavily for some of the content. Still, it also had its fans and surprisingly sold well despite all odds.

OnePlus made a big gamble on that game franchise’s popularity and notoriety when it debuted the OnePlus 8T Cyberpunk Edition late last year, around the same time that the game launched. It may have paid off, at least with positive first impressions when we unboxed the rare device. Now it’s giving its equally controversial OnePlus Watch the same treatment, albeit with much less fanfare and fan service.

Unlike the OnePlus 8T Cyberpunk 2077 Edition, the OnePlus Watch version is visually indistinguishable from a regular OnePlus Watch, especially with its screen turned off. The only telltale sign is the black rubber straps with yellow accents that match the game’s aesthetics. There’s also a custom watch face with yellow digits and cyan highlights. 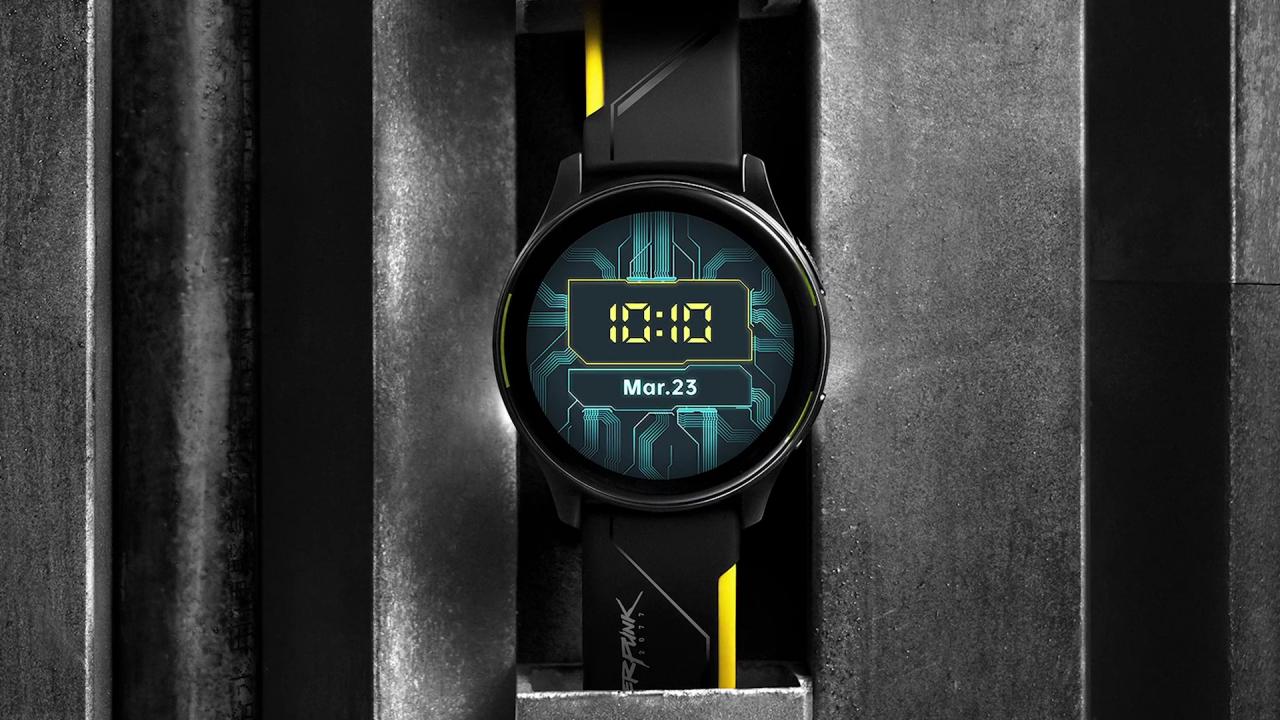 Other than that, it’s the exact same OnePlus Watch hardware and, more importantly, software. The initial version of that custom OnePlus smartwatch software hasn’t been received warmly but the company has been pushing out updates to address those criticisms. The OnePlus Watch Cyberpunk 2077 Edition is slated to launch on May 24 but, just like its OnePlus 8T counterpart, might be exclusive to the Chinese market only.