The OnePlus Nord was leaked today in images of both the front and back of the smartphone. This device looks to have a nearly full-coverage frontside display with a pill-shaped punch hole for two front-facing cameras. The back looks to have the 1+ logo in the center with four camera lenses in the upper left alongside a dual-LED flash array. These images seem to match recent slightly more blurry leaks of the device from Amazon India.

Amazon India’s imagery of the device is official and officially meant to appear as it is for the public. This image shows the relative size of the device as well as the placement of several key elements. The hardware is shown sliding into (or out of) a pocket with a dark gray, slate, or dark blue color and the ONEPLUS type logo at the bottom center of the phone.

The OnePlus Nord device does not appear to be coming with the word NORD anywhere particularly visible. It’s almost like OnePlus had the idea for a new, extremely affordable smartphone range, and decided to give it a new name but just… let the phone carry the standard OnePlus branding fare. 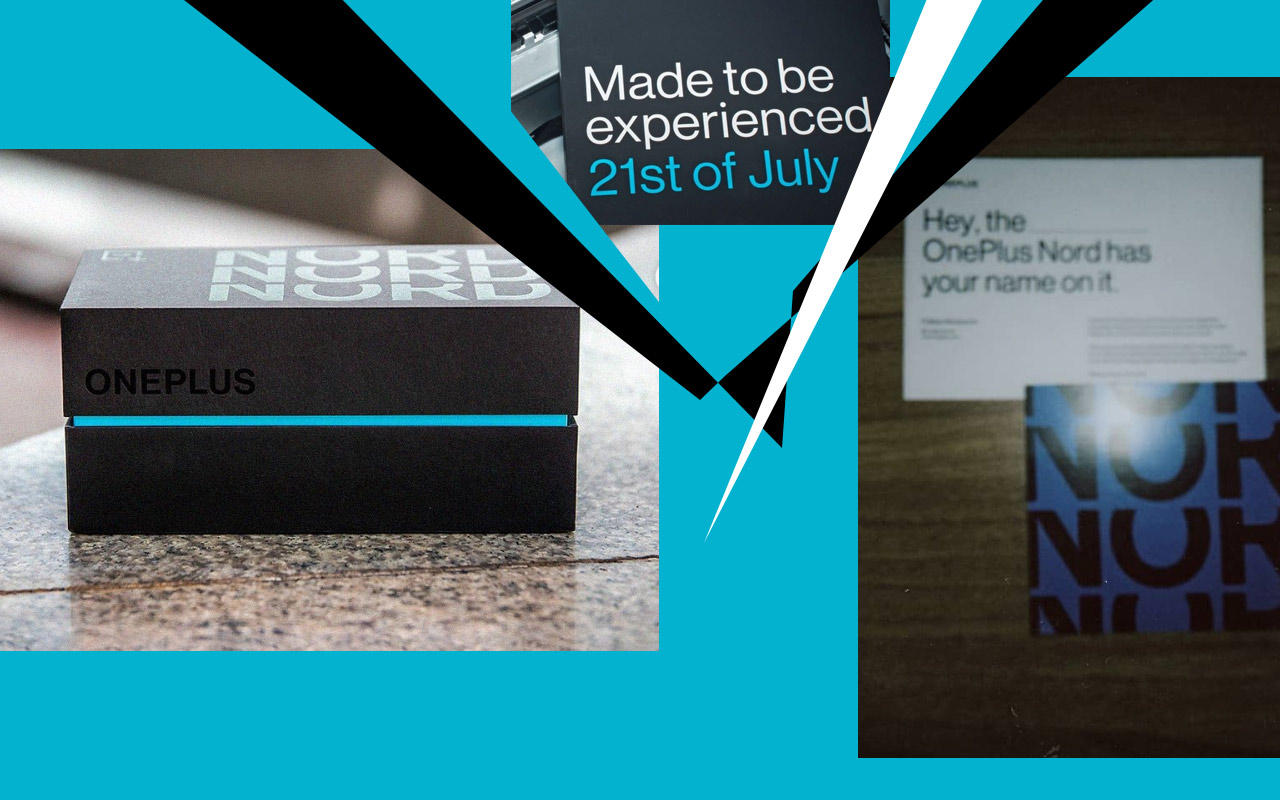 The box, on the other hand – that’s pretty neat. There they’ve included a chopped-up NORD logo printed with shiny silver on a black box. The black box has an extremely eye-catching stripe of blue through the middle, and more blue on the inside.

The OnePlus Nord was rumored to have a 32MP and 8MP camera array up front and a set of four cameras on its back. The four cameras on the back were tipped to be 48MP, 8MP (ultra-wide), 5MP (macro), and 2MP (depth sensor). The smartphone was also tipped to roll with a Qualcomm Snapdragon 765G SoC (chip, processor, etc), and its display will most definitely be AMOLED tech.

We’re expecting this smartphone to be released in late July or early August, but we shall see! A leak earlier this week suggests that a OnePlus Nord price between $450 and $500 wouldn’t be a bad bet to make.