Ankur Sharma took to Twitter, claiming his wife had just bought a OnePlus Nord 2, and it caught on fire. According to the Twitter post by Sharma, which has now been removed from the social network, the smartphone was only five days old when it caught fire in a sling she was wearing while cycling. Sharma claimed in the Twitter post that the fire caused an accident.

His description of the events claims that the phone exploded and smoke started coming out of it. He says that his wife is in trauma after the accident and doesn’t describe the accident the phone explosion caused. However, it would be easy enough to imagine someone falling off a bicycle while moving at speed due to their phone exploding inside their bag. Since the post has been removed from Twitter, we can’t see any follow-up comments, but once something is placed online, it’s there forever.

OnePlus apparently stated on the original post that it was investigating the incident. OnePlus replied that it was “gutted” to hear about the incident and that company was deeply concerned and wanted to make it up to him. They asked for a direct message they could try and remedy the situation.

Hi Ankur. We are gutted to hear about your experience. We are deeply concerned and want to make it up to you. We request you to connect to us over a direct message so that we can make amends and turn this around for you. https://t.co/Y6rHuMwu8J

Images of the burnt phone clearly show a fire that appears to be caused by overheating inside the rechargeable battery. Unfortunately, this is a phenomenon not at all unfamiliar in the smartphone industry. The first major smartphone brand to have this problem was Samsung with its Note 7. That phone was so prone to thermal runaway and fire that it was banned from commercial air flights and completely recalled by the manufacturer. 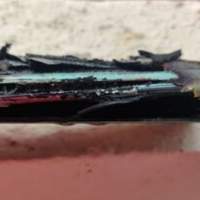 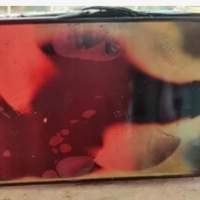 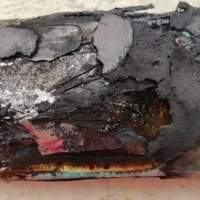 Considering the original poster removed the post after OnePlus responded, asking them to contact it directly, it’s easy to assume OnePlus asked him to remove the post. However, that is unconfirmed at this time.