There’s another OnePlus device on the horizon that’s code-named Clover and carrying with it the possibility of a $200 price tag. That’d be the lowest-cost OnePlus smartphone released thus far, and it’d be a prime example of how the scrappy young brand is able to adapt to consumers as it grows. It is rumored that this $200 Android smartphone will be released inside the year 2020.

The OnePlus 8 and 8 Pro were the flagbearers for the year, released in the spring of 2020 for $700 and $900 respectively. Take a peek at our OnePlus 8 Pro Review and our OnePlus 8 (non-pro) Review to see what these phones were (and are) made of. These are the top of the stack when it comes to OnePlus power (and price).

Fast forward to August of 2020 and OnePlus revealed (and released) the OnePlus Nord. This is the first in a line of devices that’ll attack the midrange. That means, in this case, the OnePlus Nord costs around 400-Euro, and would likely cost around $400 if it were released in the USA. But OnePlus Nord wasn’t made for a USA release. OnePlus Nord was made for markets like India, the United Kingdom, and greater Europe.

ABOVE: OnePlus 8 (at a couple of different angles – so colorful!) BELOW: OnePlus Nord. See our OnePlus Nord Review and see why this device would, at a glance, appear to be the perfect marriage of good-enough specifications and features with a price that’s right on target. 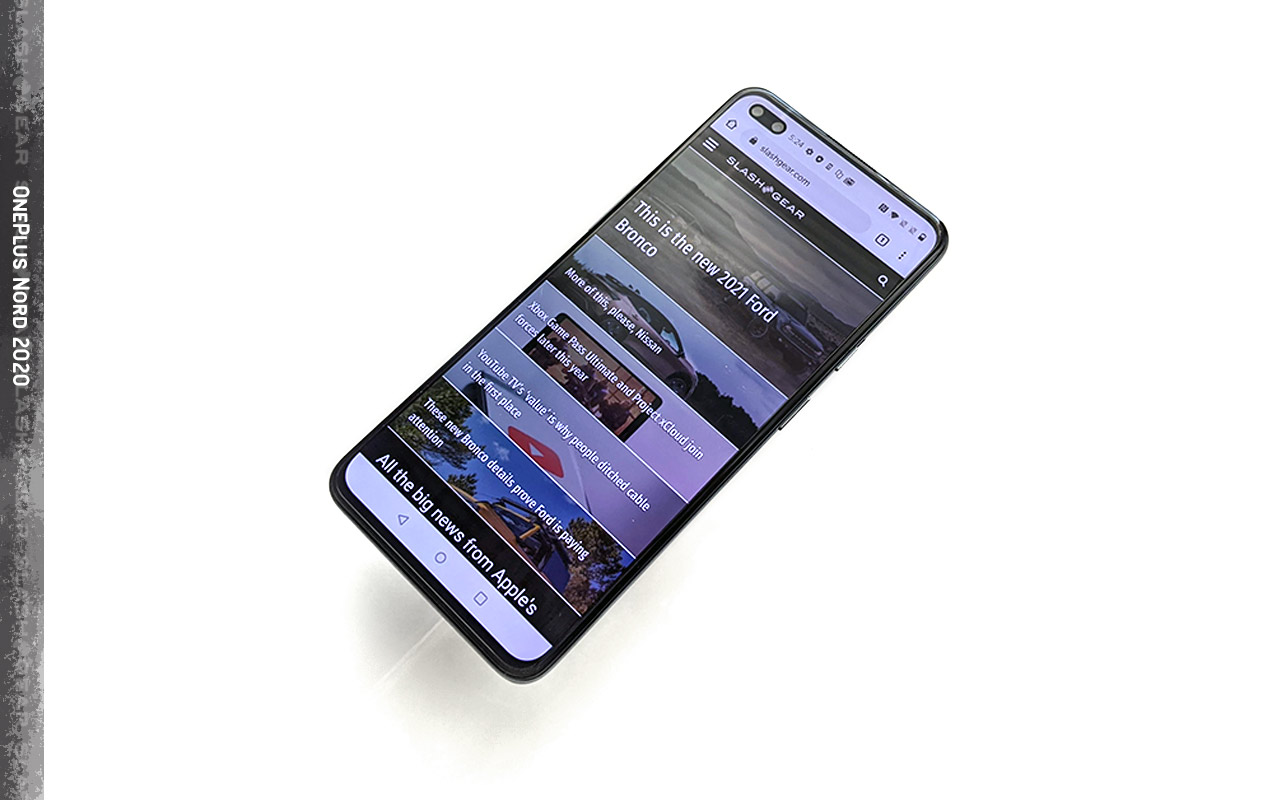 Now OnePlus would appear to be heading in for the kill with the lower side of the phone stack. According to specs via a source speaking with Android Central, the OnePlus Clover (again, code-named Clover), will have a Qualcomm Snapdragon 460 chipset, a 6.52-inch HD+ IPS LCD (1560 x 720 pixel) display, and 4G connectivity.

The device is meant to be basic. It certainly would be basic, if the specs we’ve seen today are entirely finalized. The display isn’t OLED or AMOLED, it’s IPS LCD, and 720p. If you’ve been using a smartphone released in the last half-decade that originally cost more than $300, you’ll likely find the display on this phone to be a bit lower resolution than you’re used to.

The processor wasn’t made to handle big-name high-powered video games, and certainly wasn’t meant to deliver a top-quality streaming game experience, or even really much of a streaming video experience. It was made to allow the user to browse the web and communicate with friends and colleagues.

This device is rumored to have 64GB internal storage and a microSD card slot, and 4GB RAM. The storage is encouraging, and the RAM is enough to deliver what the processor promised. There’s a rear-facing fingerprint sensor (again, according to the rumors), and it’s suggested that you’ll get Wi-Fi ac, Bluetooth 5.0, a 6000mAh battery (with 18W charging), and a standard 3.5mm headphone jack.

It’s rumored that this device has a set of three cameras at its back, 2MP for macro, 2MP for depth sensing, and 13MP as a main sensor. The front-facing camera on this device is likely 8MP or less.

If this all seems like decent enough a package for you, good deal! You’ll likely see this device (whatever it’ll look like) in the next couple of months. We do not yet know when this device will be revealed or released, other than a tipped “before the end of the year 2020” schedule range.