Today we’re taking a peek at the OnePlus 8 Pro, one of two devices released by OnePlus in the “OnePlus 8 family” of devices as of April of 2020. This device comes in several colors, including Onyx Black, Glacial Green, and the one we’ve got here: Ultramarine Blue. The OnePlus 8 Pro advances beyond its predecessors as it attempts a feat similar to that of the last several OnePlus smartphone releases. This phone attempts to combine the simple, effective marketing of the iPhone with the daring or otherwise cutting-edge feature cycle of the most major brands to come out of China. 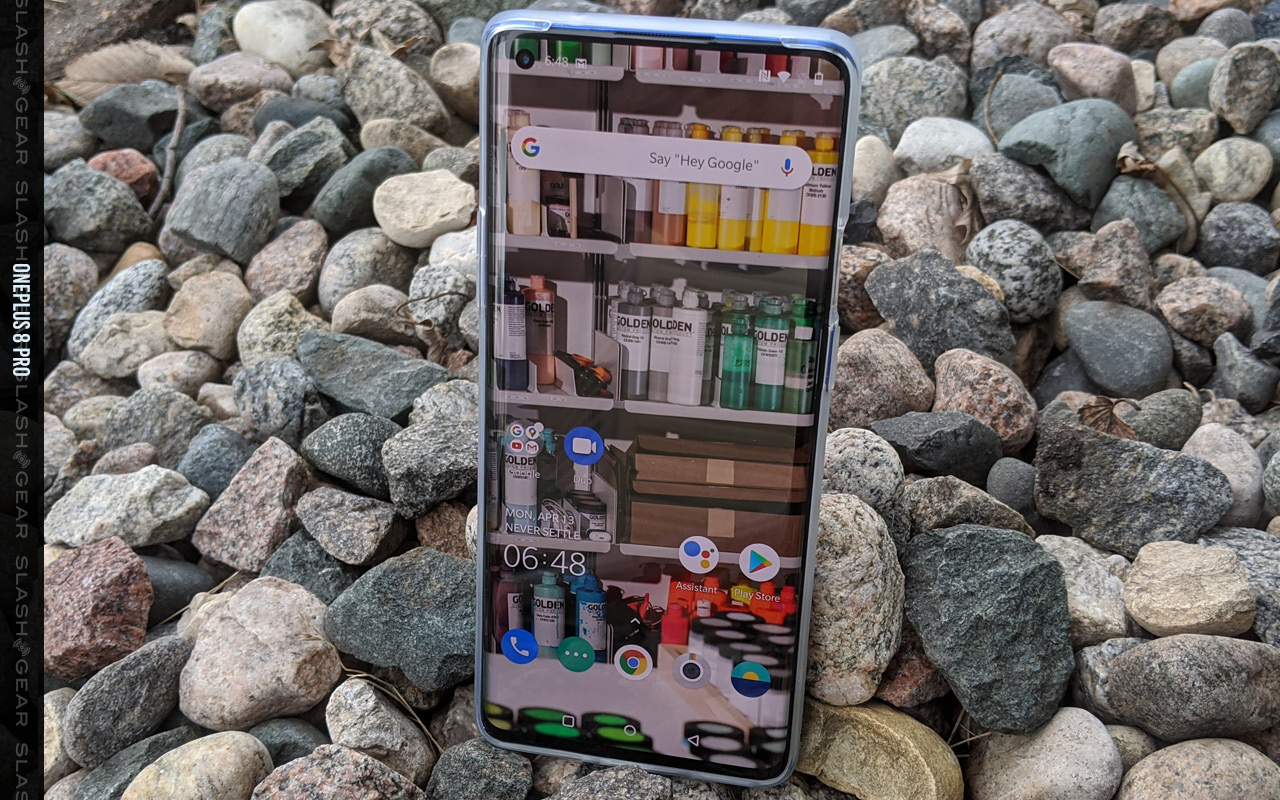 The OnePlus 7/7T Pro had 6.67-inch displays with the same amount of pixels as the OnePlus 8 Pro. As such, they have a slightly sharper display – in practice, you’ll scarcely be able to notice, switching from one to the other. 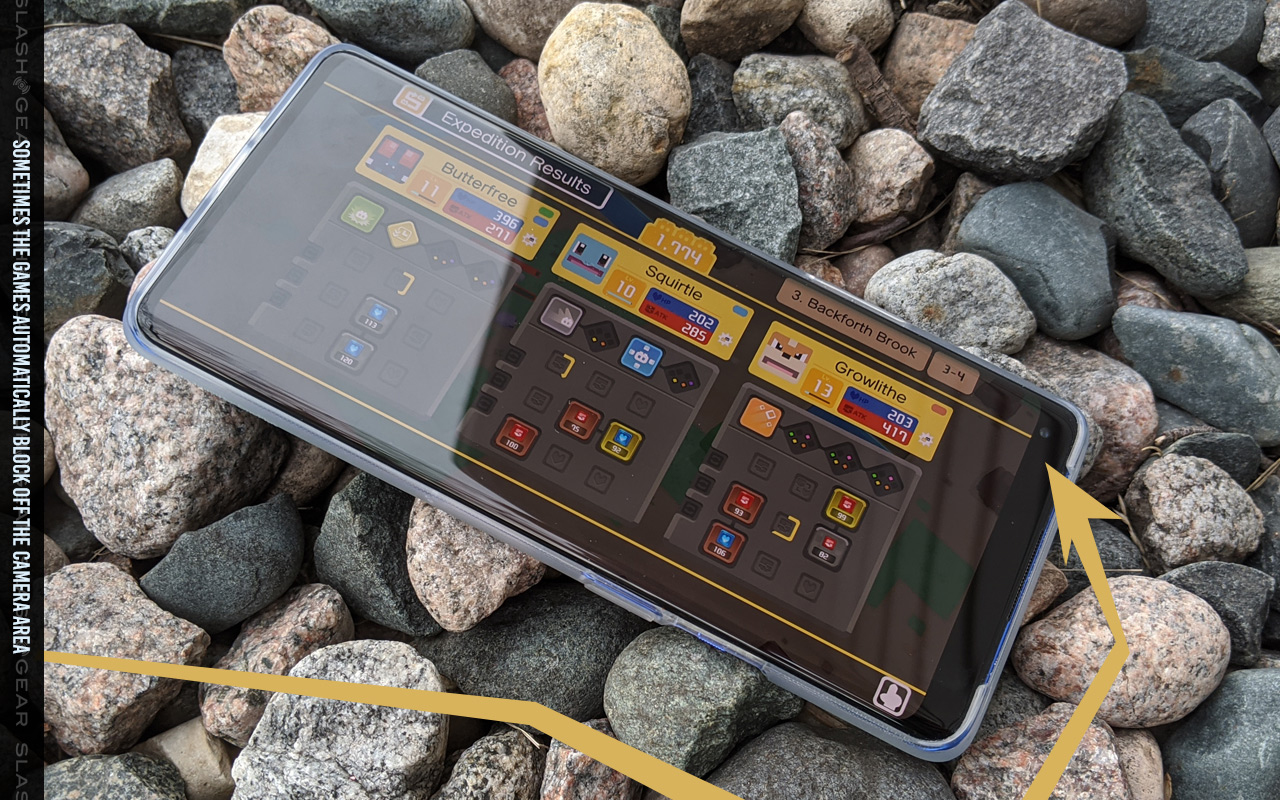 The 120Hz refresh rate is an option – and it’s not active 100% of the time. It’s active a LOT of the time, dependent mostly on your remaining amount of battery at any given time. You’ll find a switch between 120Hz and 60Hz in Advanced Display settings, if you’d like to stay at a more standard refresh rate for battery life optimization. 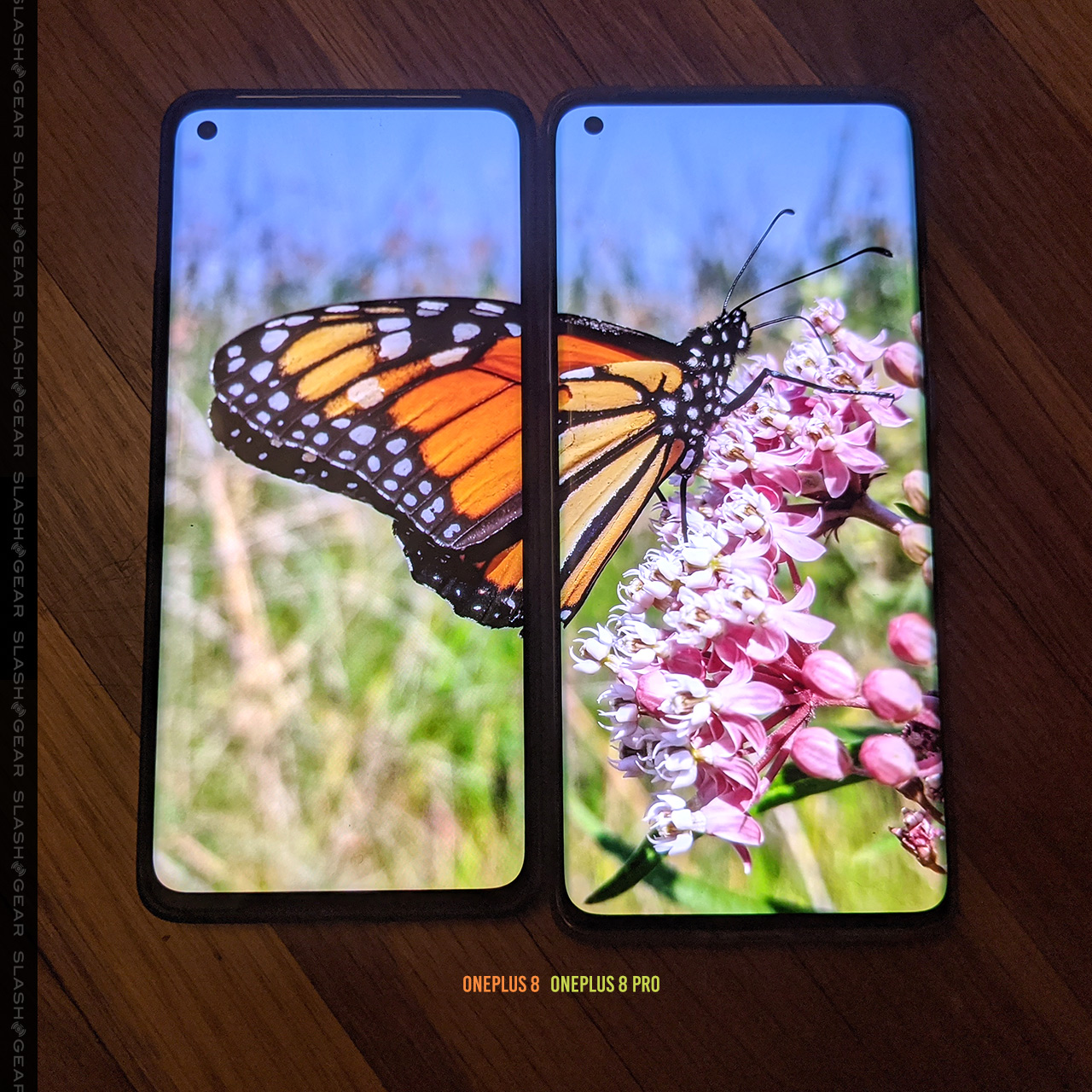 Above you’ll see the OnePlus 8 next to the OnePlus 8 Pro. The size difference might not feel very different if you’re not holding the devices right next to one another. But if you’re comparing the 6.55 vs 6.78 inches of display space AND the fact that one has a max 90Hz image refresh rate and the other ramps up to 120Hz, they can feel a world apart. 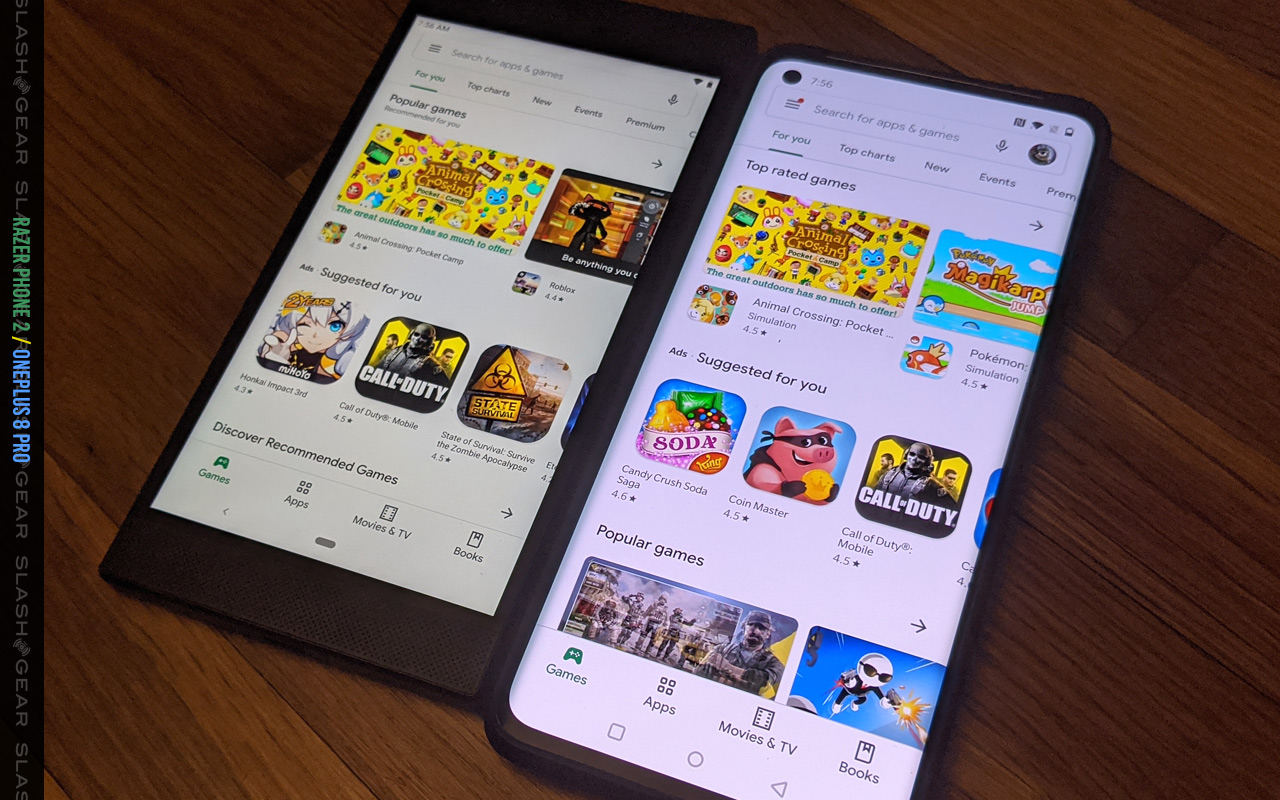 I’ve been using two very different phones for the past few months. One is a relatively tiny iPhone 7, the other is a significantly larger Samsung Galaxy Note 9. The OnePlus 8 Pro is a lot more like the Galaxy Note than it is the iPhone, but it’s clear to me that OnePlus stands in a space between the two worlds. 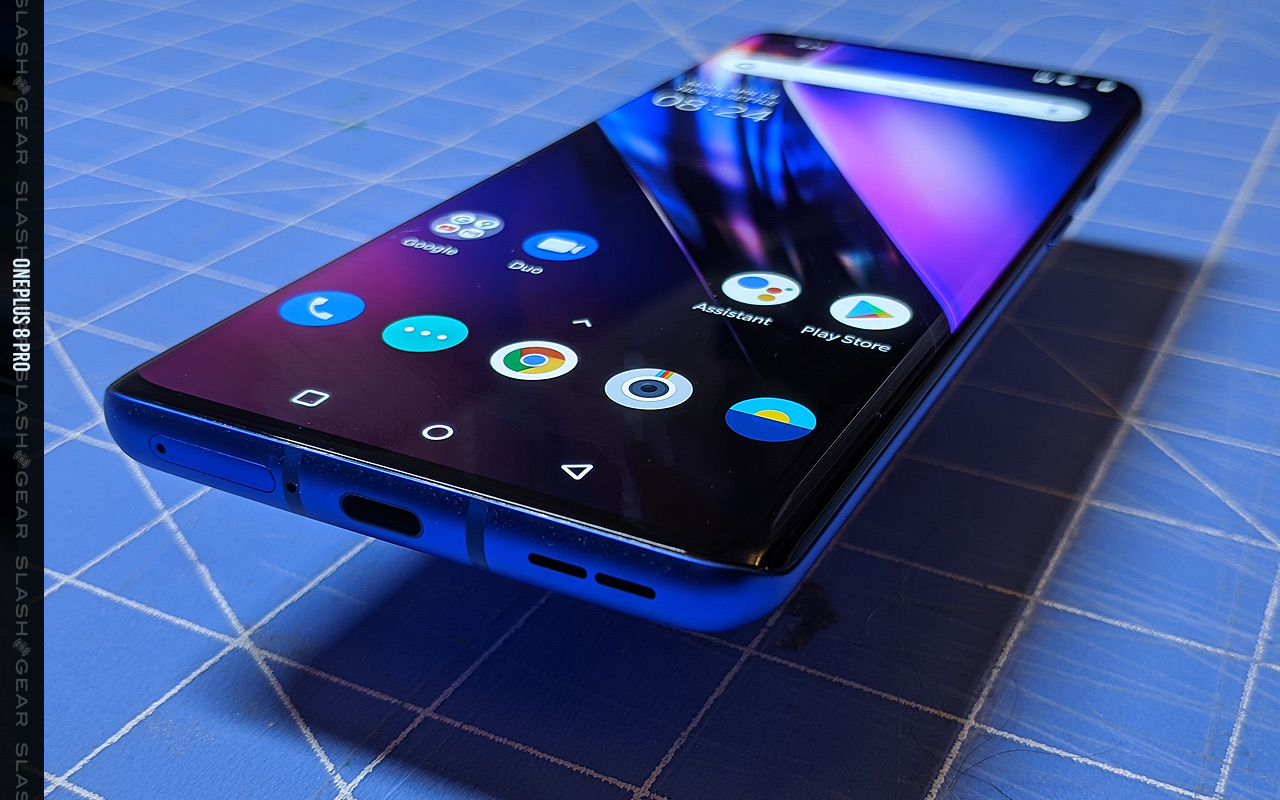 While the Galaxy Note device is significantly newer than the iPhone, the iPhone’s emphasis on “it just works” camera software allows me to take photos that are, more often than not, better than what I’m able to capture with the Samsung phone. OnePlus has a camera setup with the OnePlus 8 Pro that “just works”, but is also able to expand into higher-end photography realms if I want to sit and take my time to tweak settings.*

OnePlus refines their approach to Android again with this latest version of OxygenOS. The phone includes an ideal balance between minimal modifications to Android 10 and a OnePlus-reliant system. You know you’re using a OnePlus device, you get all the benefits of vanilla Android, and there’s no need to go on a delete-useless-apps rampage right out the box.

Much like the OnePlus 7 family of devices, this device has some software features dedicated specifically to a gaming experience. There’s an app called Game Space that’ll assist in boxing up your games in a single handy spot. That’ll also be the place where you access “Fnatic mode”. 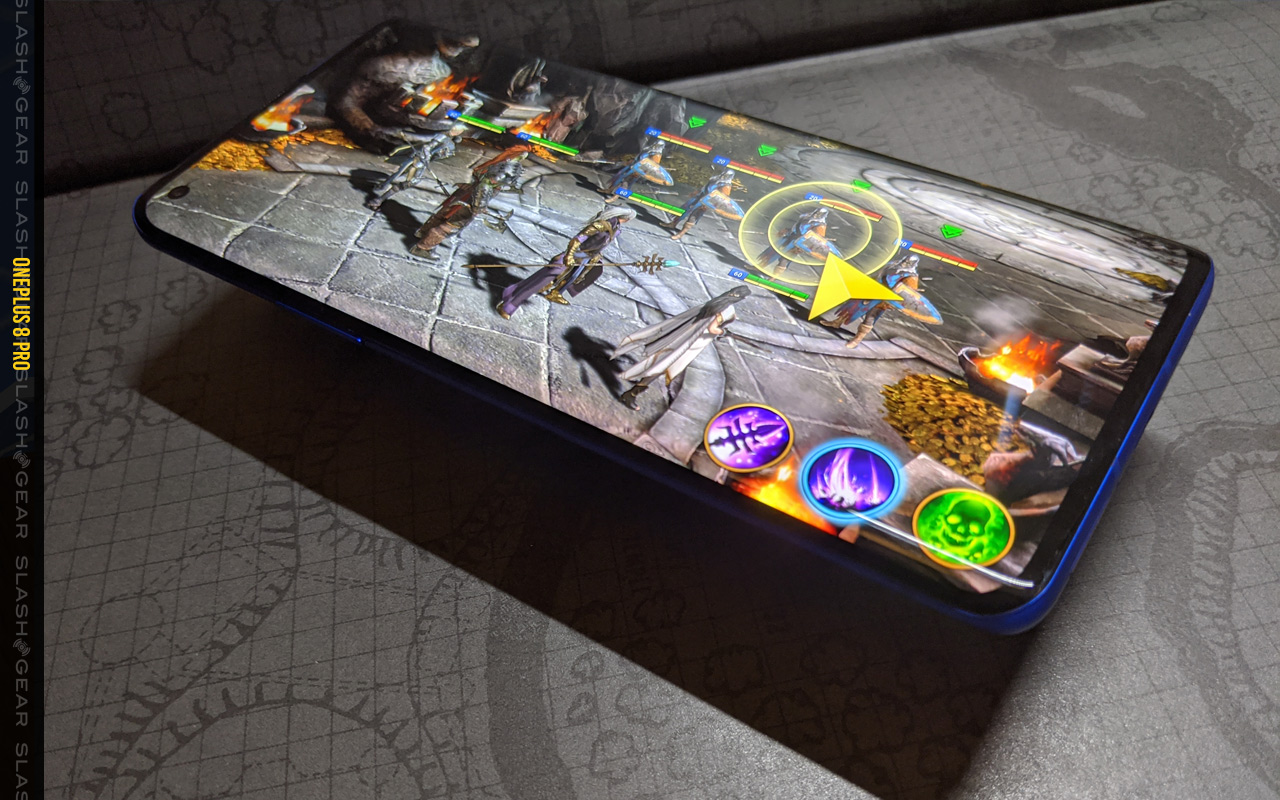 Fnatic mode works as well now as it did with the OnePlus 7 family. It enacts a block of all notifications and calls while a game is playing. It directs your processor power “almost entirely towards game play”, so it suggests. This, and the Game Space in general, provide a good example of OnePlus software features that add value for the user without being overbearing.

*OnePlus delivers a camera experience that’s better than the out-of-box experience with any OnePlus device I’ve reviewed in the past. It’s never been outright BAD, but this is the first time when I’ve been this confident that I’ll get a good shot even when I’m trying to take a photo of a moving object in low light. 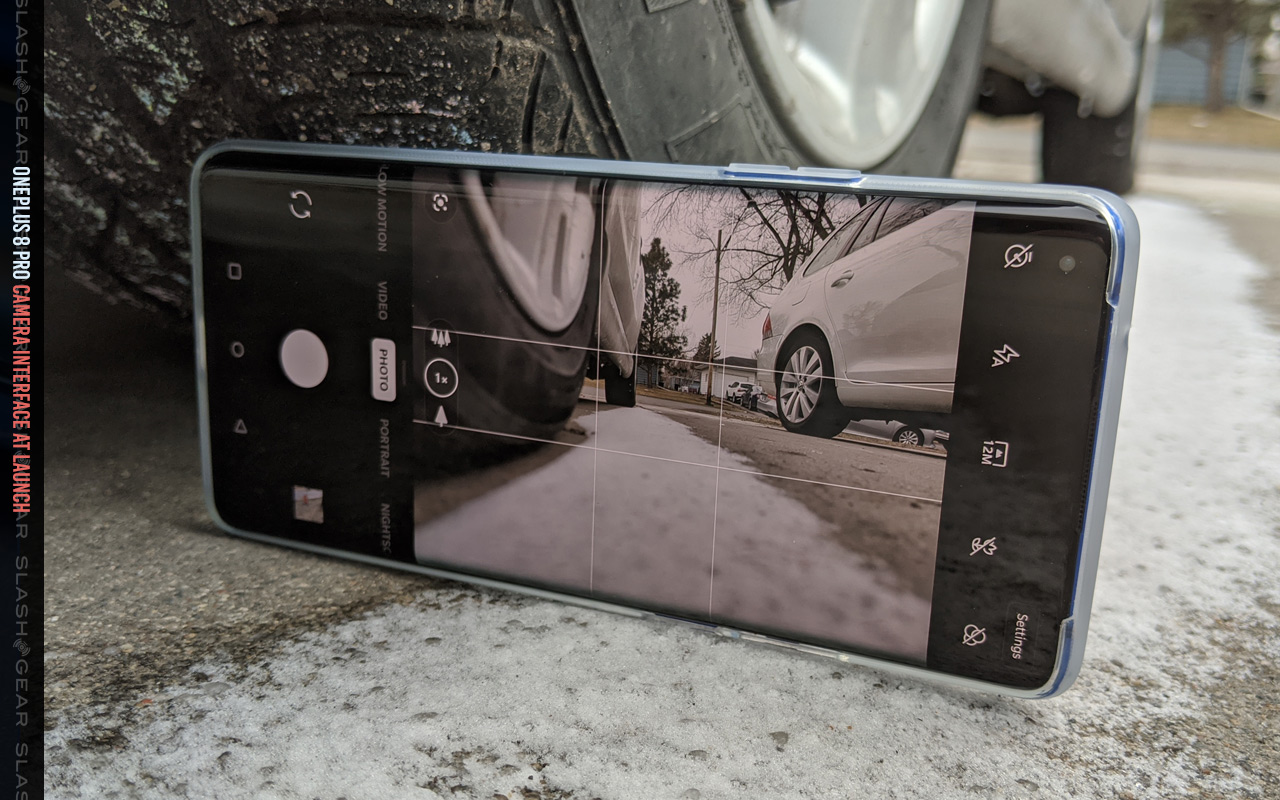 Camera power ramps up from the OnePlus 7T Pro to the OnePlus 8 Pro. You’ve still got a 48MP camera as the main, wide lens, but now you’re working with an extra camera sensor, and the new ability to capture macro photos, focused as close as 3cm from your chosen subject. 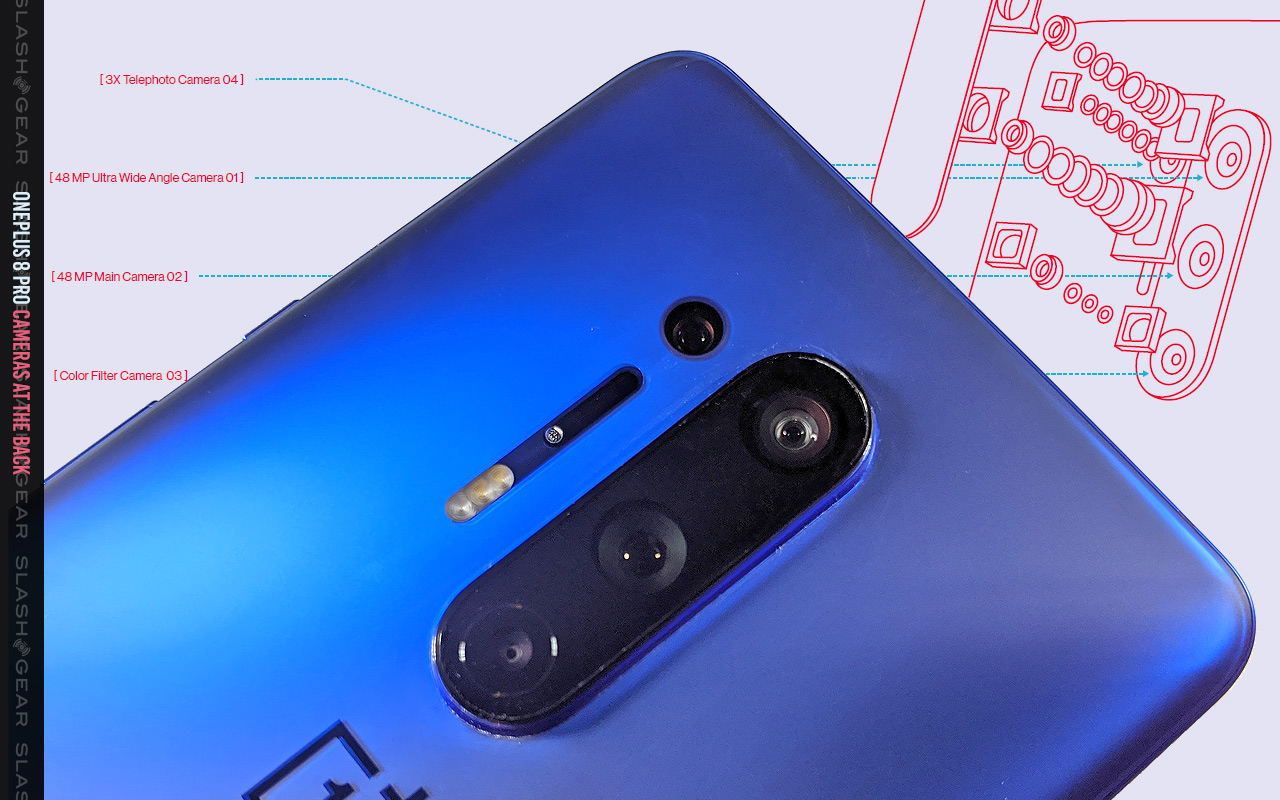 This camera array also has dual-LED flash and multi-autofocus. That’s what OnePlus calls “all pixel omni-directional PDAF+LAF+CAF.” In practice, it means the device can focus very, very well, on objects both standing still, and tracking in real time. 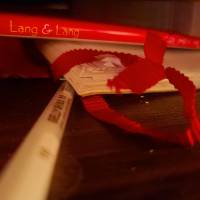 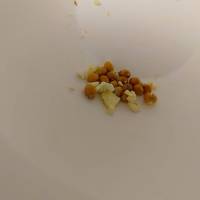 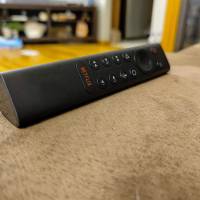 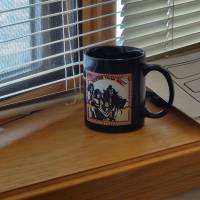 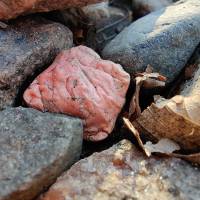 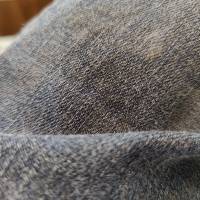 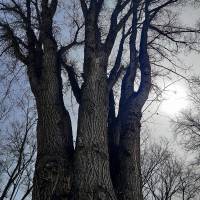 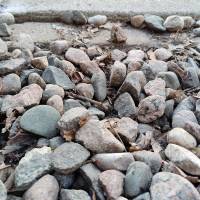 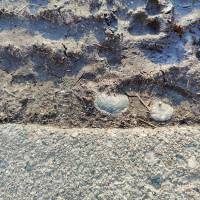 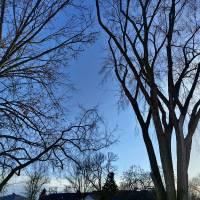 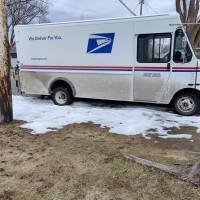 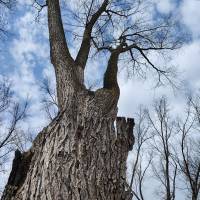 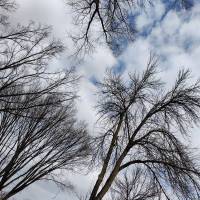 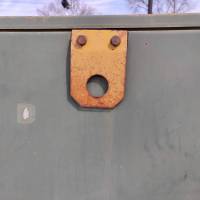 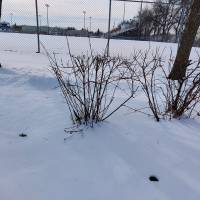 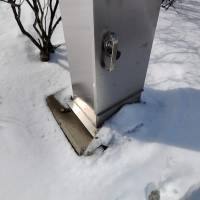 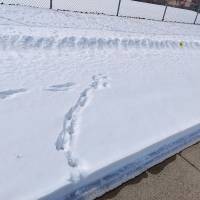 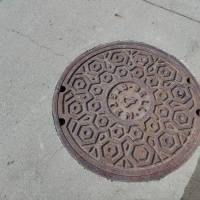 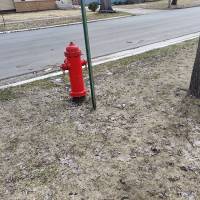 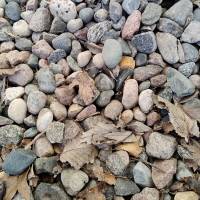 Above you’ll see examples of the OnePlus 8 Pro’s back-facing camera’s photo-shooting abilities. You’ll find a variety of environments and lighting conditions. Thus far we’ve not found a situation in which this back-facing camera array’s been unable to capture a decent or otherwise high quality photo.

The deepest, darkest locations still create a situation in which video can’t be captured particularly well, but everything else is highly decent. Take a peek at some slow-motion video action here. As always with the highest-speed capture, more light is better, but we’re not restricted by the absolute eye-searing brightness restrictions of slow motion video from smartphones released only a few years ago.

Real-world battery life with this device depends largely on the brightness of your display and your use of 5G data, as well as whether you’ve decided on playing mobile games at 120Hz non-stop. Over the weeks I’ve used the OnePlus 8 Pro, it’s pretty standard that the display will account for at least 25% of battery usage – the single biggest battery eater by far. 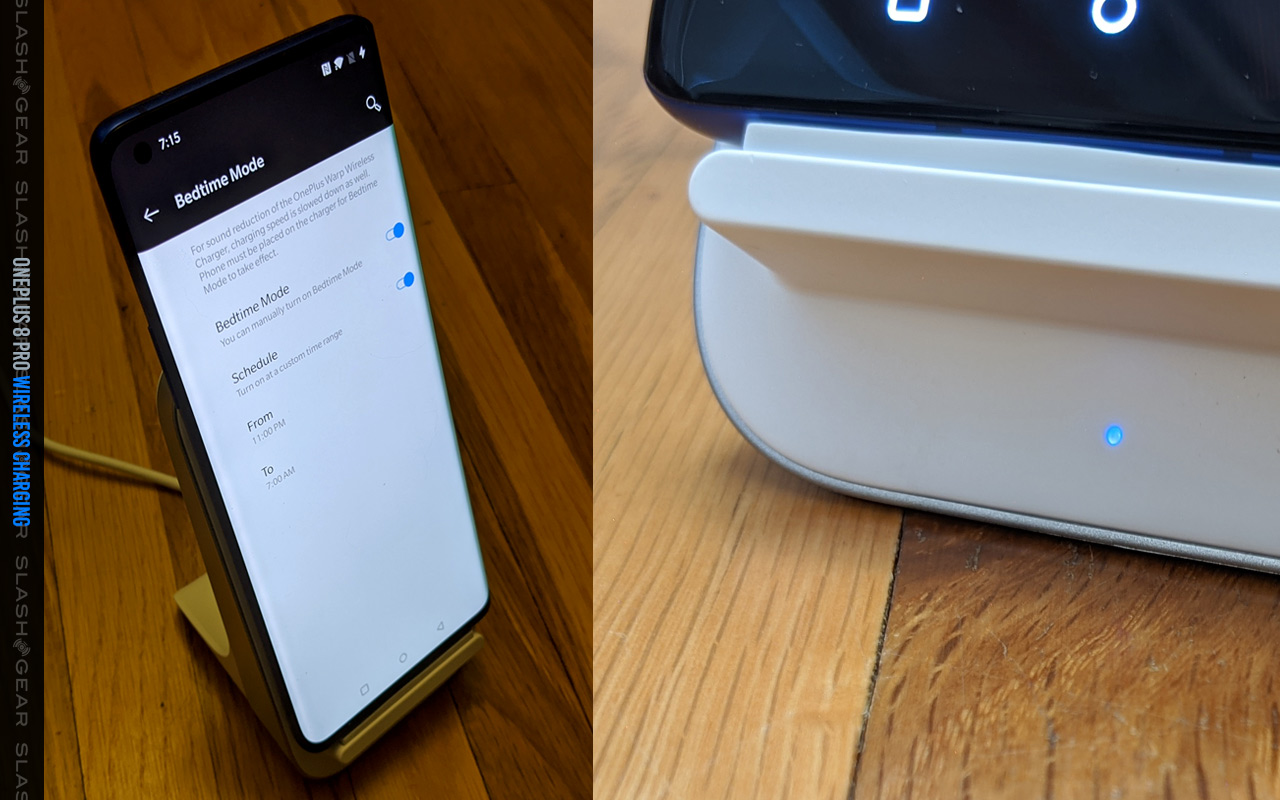 Without games, even with 120Hz display refresh rate switched on, I’ve not yet needed to charge more than once a day. The one night I forgot to charge, the phone still lasted well into the morning – not past lunch, but still, battery life here is decent.

This is where I might otherwise say that because the charging speed on this phone is so fast, you don’t need to worry about the battery. But the battery life here is optimized to such a degree that the charge speed feels like more of a bonus than a trade-off.

Assuming you pick up a OnePlus Warp Charge 30 Wireless Charger, you’ll be able to charge quickly and without picking up the cord to plug in. That wireless charger will cost you around $70 on its own – but you won’t get quite the speed with any other wireless charger from any other brand – that’s part of the OnePlus “Warp Charge” branding, after all.

The OnePlus 8 Pro is a highly decent device – as it should be, for the price. The OnePlus 8 Pro will be available in two different configurations, in three different colors. Glacial Green and Onyx Black will be available in [8GB RAM + 128GB ROM] and [12GB + 256GB] iterations for $899 and $999 USD, respectively. There’s also the version we’ve got here, another 12+256 version, in Ultramarine Blue, also released at around $999 USD. 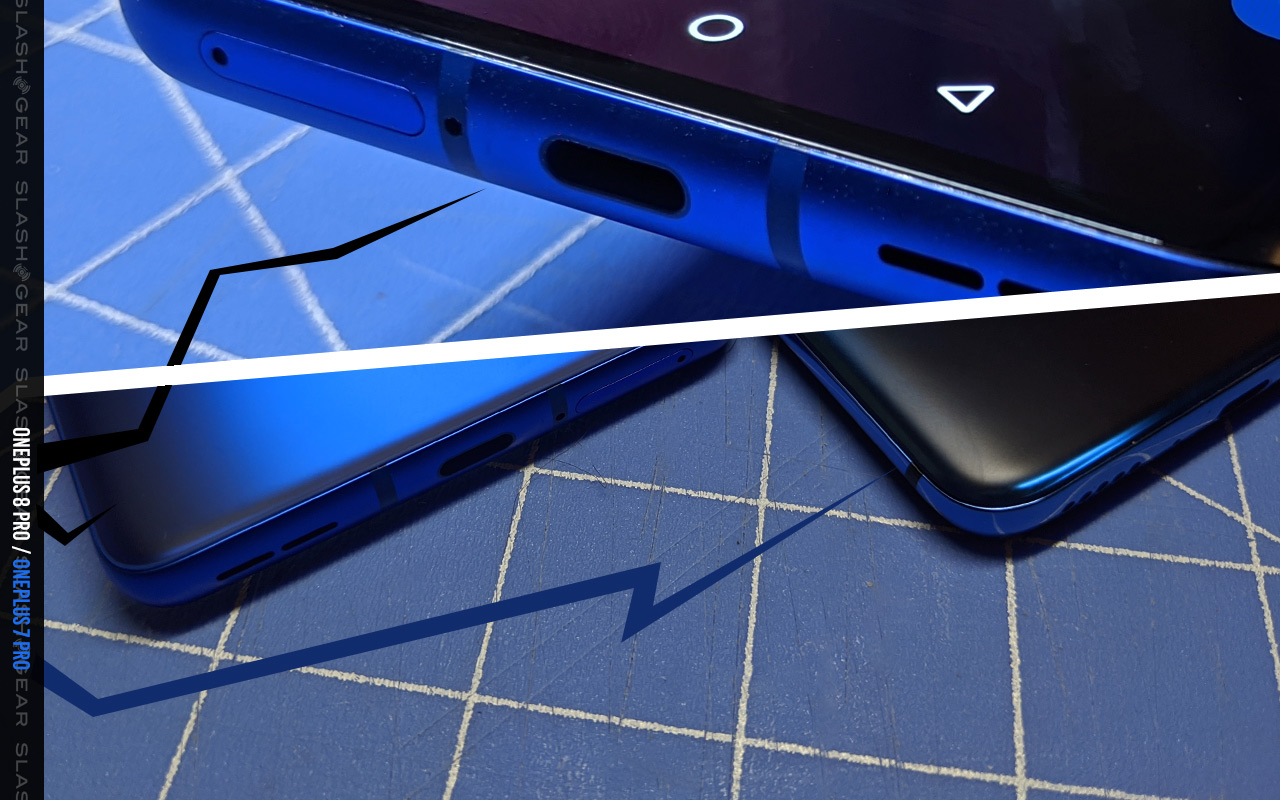 An important note to make on 5G connectivity, if you’re in a region where 5G is available: You’ll probably want the OnePlus 8 from Verizon if you live in the USA and want full Verizon 5G support. The OnePlus 8 (non-pro) from Verizon has both sub-6 and mmWave support. The other versions (8 and 8 Pro) available from OnePlus and Amazon have an X55 5G modem with support for sub-6, low and mid band — but no mmWave.

With OnePlus 8 Pro, it’s clear the brand’s come a long way from their early “flagship killer” roots. This isn’t the affordable high-end of mid-range device line OnePlus started with. Now, OnePlus is in a realm where they’re the flagship to which others will want to line up to battle. If OnePlus continues to create devices as high-end and high-quality as the OnePlus 8 Pro, they’ll be worth the prices that would’ve shocked OnePlus customers a mere half-decade ago. Here in 2020, the OnePlus 8 Pro is the Android flagship to beat.