It makes sense, after all. OnePlus hasn’t generally made massive changes device-to-device inside the year when they’ve released their “T” phones. Instead they’ve seemed to make the big upgrades year-to-year, changing when the big base number changes. In this case, that means they’re sticking with the same camera array they had with OnePlus 6.

The OnePlus 6T’s biggest change may be in its display. The display here is likely set to resemble that of associated brand phones Vivo and OPPO. We’ve seen the OPPO F9 teardrop notch up close, and it’s pretty on-point. It’s something we’d not be surprised to see OnePlus take advantage of.

BUT, and this is a big ol’ but, what happens to the earpiece and the front-facing sensor(s)? They’d need to be kicked to the bottom of the device – the chin – or they’d have to be hidden somehow. Or maybe they’re no longer important enough to include at all?

The backside image we’re looking at today comes from WinFuture, where author Roland Quandt compared the new backside to that of the OnePlus 6, saying (translated) “a comparison with the OnePlus 6 shows that the position of the power button has been slightly changed and the new model appears to have slightly changed overall proportions, indicating a grown display.” 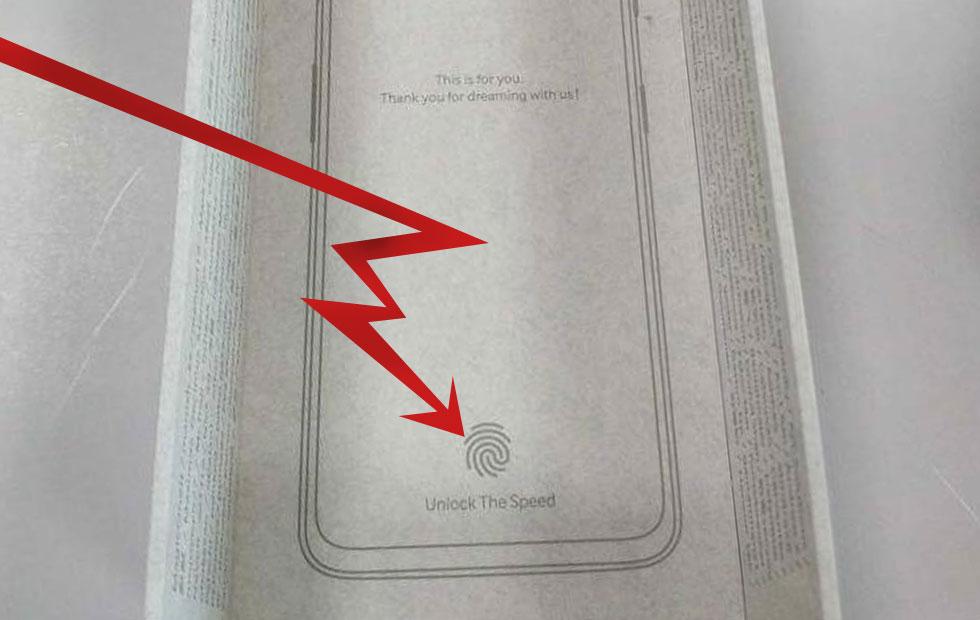 Or at least a re-arrangement to make way for the move of the fingerprint reader from the back all the way to the front (see timeline below). Up front it’s expected the OnePlus 6T will have a fingerprint reader embedded into the base of its display. That’ll be the biggest change from device-to-device this year, quite likely.

UPDATE: A teaser video featuring the OnePlus 6T was found in India-based television programming. Thanks for the tip, JP!

The OnePlus 6T reveal event is set for October 11th, 2018. During that event, it’s expected that OnePlus will reveal the OnePlus 6T release date as October 16th, 2018. That’s two days short of one week after reveal, on a Tuesday. Pricing is expected to be similar to that of the price of the OnePlus 6, which started at $579 at launch.