The OnePlus 5T leaked this weekend with a set of images that essentially spill all the beans. This device will look relatively similar to the OnePlus 5, but this time with a slightly different display implementation. Much like the most recent OnePlus device, this OnePlus 5T will have a set of cameras at its back and at least one all-black color combo for casing.

This newest OnePlus 5T device is quite likely set to be released in a way not unlike the 3T, a device which was released at this same time last year. Of note: OnePlus skipped the number 4 in their device release lineup because of unlucky connotations with the number – and because the company just wanted to, and nobody was there to tell them not to. This device will look very, very similar to the OnePlus 5 save its display – which will have a slight upgrade.

The device has a display that’s almost certainly 6-inches large – diagonally – with a 2160 x 1080 resolution. The display will more than likely have a 18:9 aspect ratio, just like several other of the most major brand hero phones in the industry today. You’ll also notice a lovely lack of bezel – for those users that like to hold their phones with their fingers over the edges of the screen. 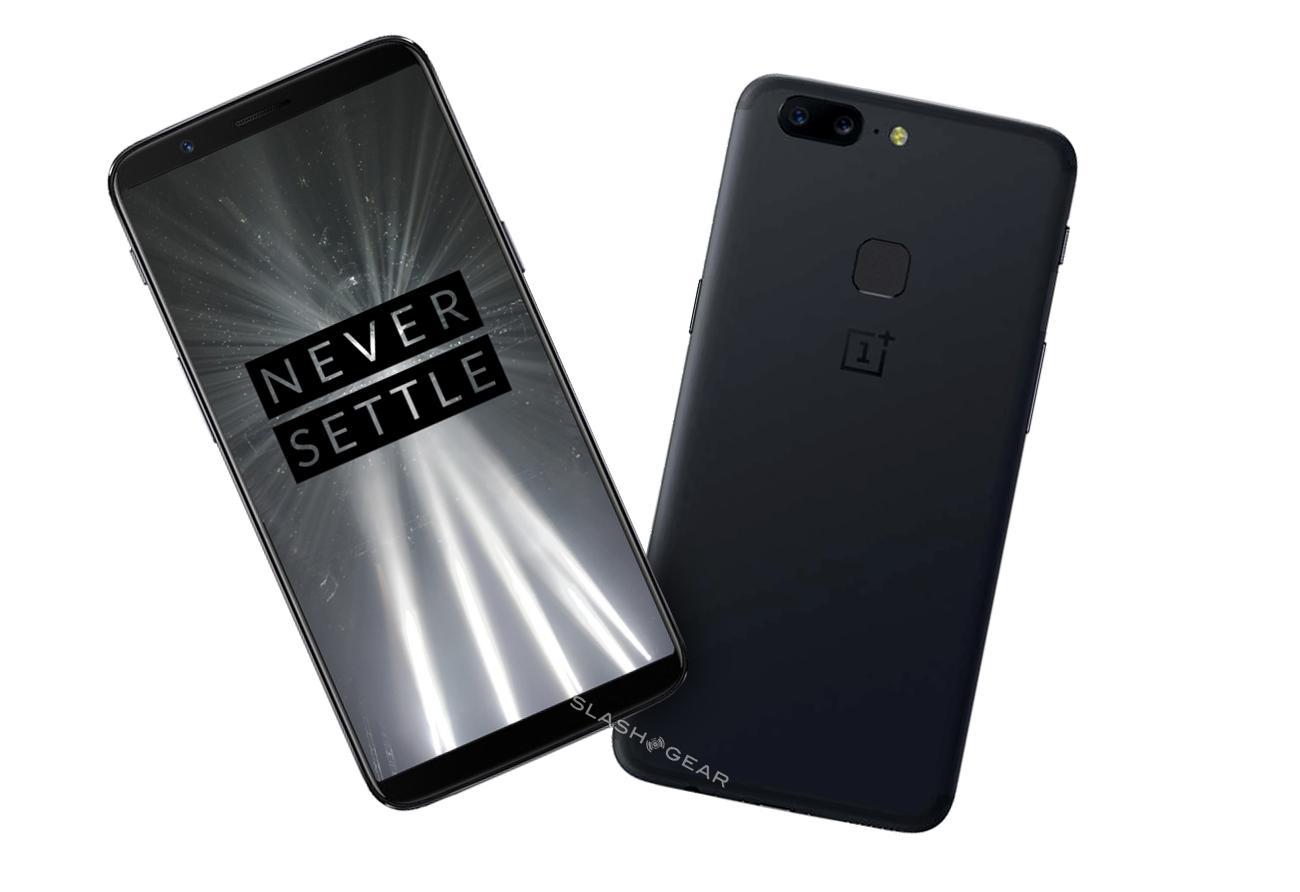 The image you see above was sent to SlashGear anonymously. The contributor of this image does not have a track record with us, yet, for providing accurate and/or major leaks of this nature – so take it with a grain of salt. that said, the major parts of the image seem to match those of the teasers we’ve seen so far.

The majority of the details above come from past leaks and tips on the OnePlus 5T. Have a peek at the timeline below to track each of these rumors and feature leaks back to their original sources.