Although the Samsung Galaxy Note 5 and Galaxy S6 edge+ are hogging all the attention right now, some still have the new-ish OnePlus 2 in their radars. That includes the iFixit team since, well, they won’t be able to get their hands on the new Samsung phablets for a while. Although OnePlus has delayed shipping its latest flagship to the US by almost a month, they did give iFixit their own rare specimen just for the purpose of tearing it apart. Luckily, the outcome was more favorable than the last OnePlus.

The back cover is easily removable, which isn’t surprising since OnePlus will be selling fancy rears for the smartphone. The ease, however, stops there as you are immediately greeted and blocked by the real cover. It is held in place by standard screws but said screws are hidden by rubber, making the process not exactly difficult but tedious. The bright red battery underneath is clearly marked as non-removable but is easily pried. That said, it isn’t something a consumer can simply replace in a pinch. 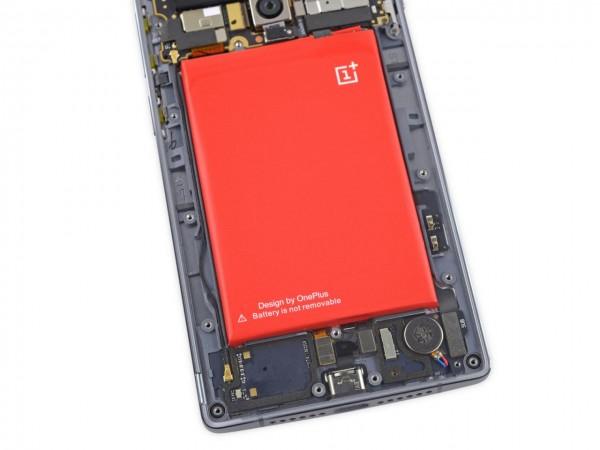 Getting to the motherboard was shockingly easy, at least once the camera parts have been removed first. It was held in place by only one screw. Not that it matters because the midframe’s own screws secure the motherboard in place. Even the new Type-C USB was a breeze to remove, attached to a very simple flex cable. 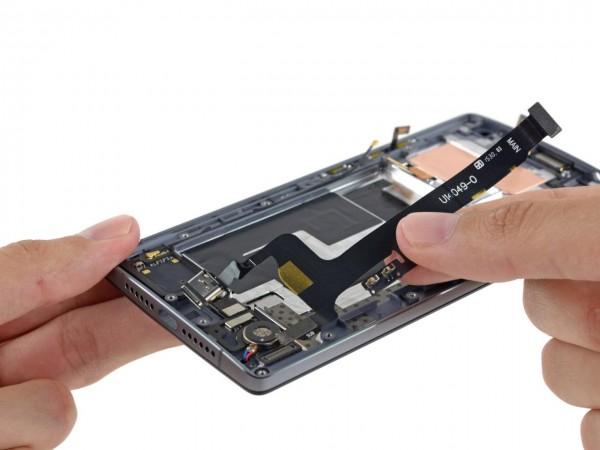 The tough part, however, was on the opposite side of the OnePlus 2: the display. Prying the display assembly from the midframe requires a good deal of heat. Plus, the LCD and the digitizer are fused together. Not exactly surprising but still disappointing. 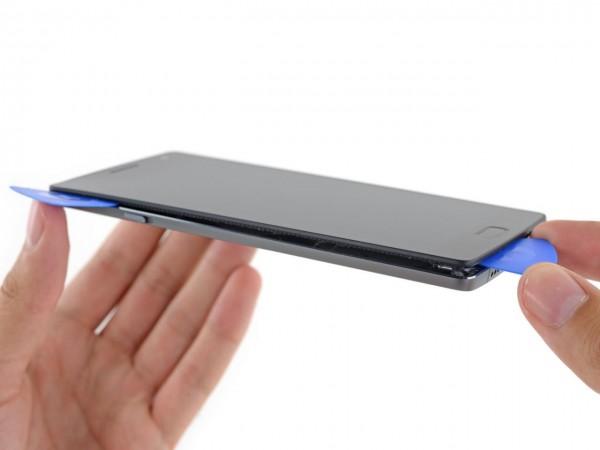 All in all, the OnePlus 2 gets a 7 out of 10, which is a marked improvement over the OnePlus One’s 5 out of 10. Screws used are standard so there’s no need for specialized tools and components are modular and can be easily replaced. That said, the display is once again the problem, which will make it expensive to replace or repair.