OneDrive is making some big changes today, doubling the storage in its standalone plan, while adding a new OneDrive Personal Vault for maximizing security around the most important files. The new Personal Vault features is an extra-protected subset of data, which can be only be accessed with secondary authentication.

That second step can be either stronger security, like a fingerprint, face scan, or extra PIN, or it can be a second set of identify verification. That could be a code sent via text message or email. It means that, even if someone manages to gain access to your OneDrive account, they’re still likely to be locked out of what’s in the Personal Vault. 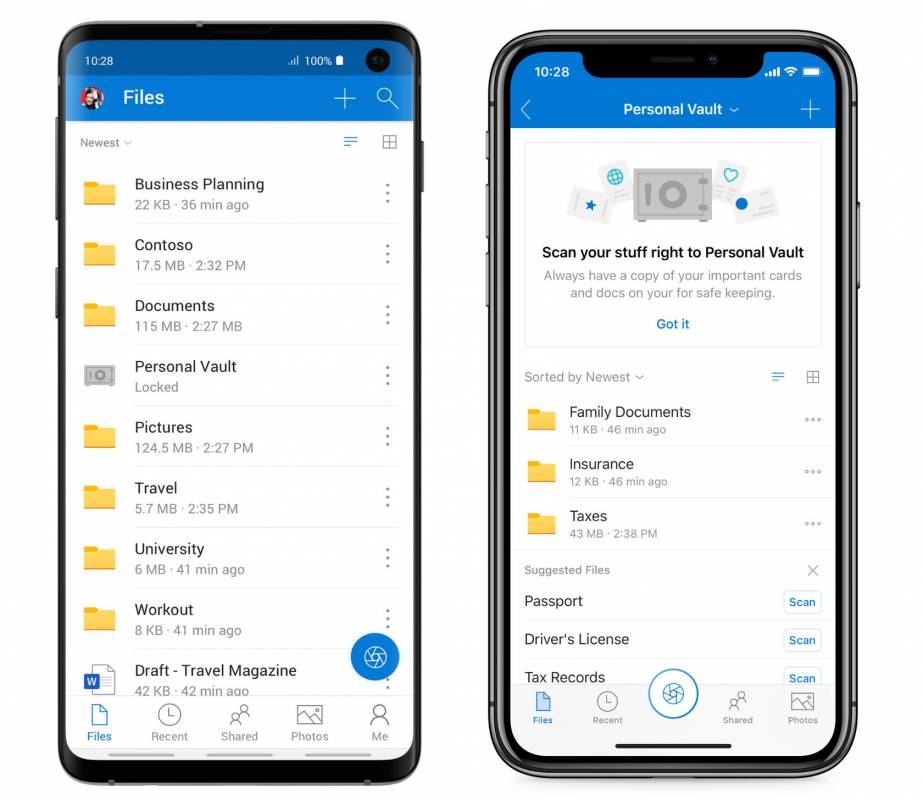 Files saved there share the same encryption as regular data in OneDrive, along with features like suspicious activity monitoring, ransomware detection and recovery, and other tools like mass file deletion notifications and recovery. There’s also virus scanning on downloads, and version history.

Since locking down the Personal Vault so much that actually accessing it would be a headache – and thus dissuade users from actually taking advantage of the extra security – Microsoft is adding some new integrations there, too. For example, it’s possible to use the OneDrive mobile app to take pictures, scan documents, or photo video and save it directly into the Personal Vault storage. That means there’s no local copy stored on the phone.

On the PC, meanwhile, if you’re running Windows 10 then you’ll get a synchronized copy of what’s in the Personal Vault that’s encrypted by BitLocker. That store automatically locks back up again – as it does in the browser, or on a mobile device – after a period of inactivity. Exactly how long that period lasts can be set by the user, and will also vary by device.

Microsoft says the OneDrive Personal Vault is going to launch soon, albeit in Australia, New Zealand, and Canada. Everybody else should have it by the end of the year. Those with a free or standalone OneDrive plan will have support for a limited number of files in their Personal Vault, while Office 365 subscribers can save as many as they like there, up to their storage limits of course.

Microsoft’s other big change today is to its standalone OneDrive plan. The subscription is doubling, from 50GB to 100GB, though stays at $1.99 per month. Existing users will see their storage increase automatically soon, the company says. 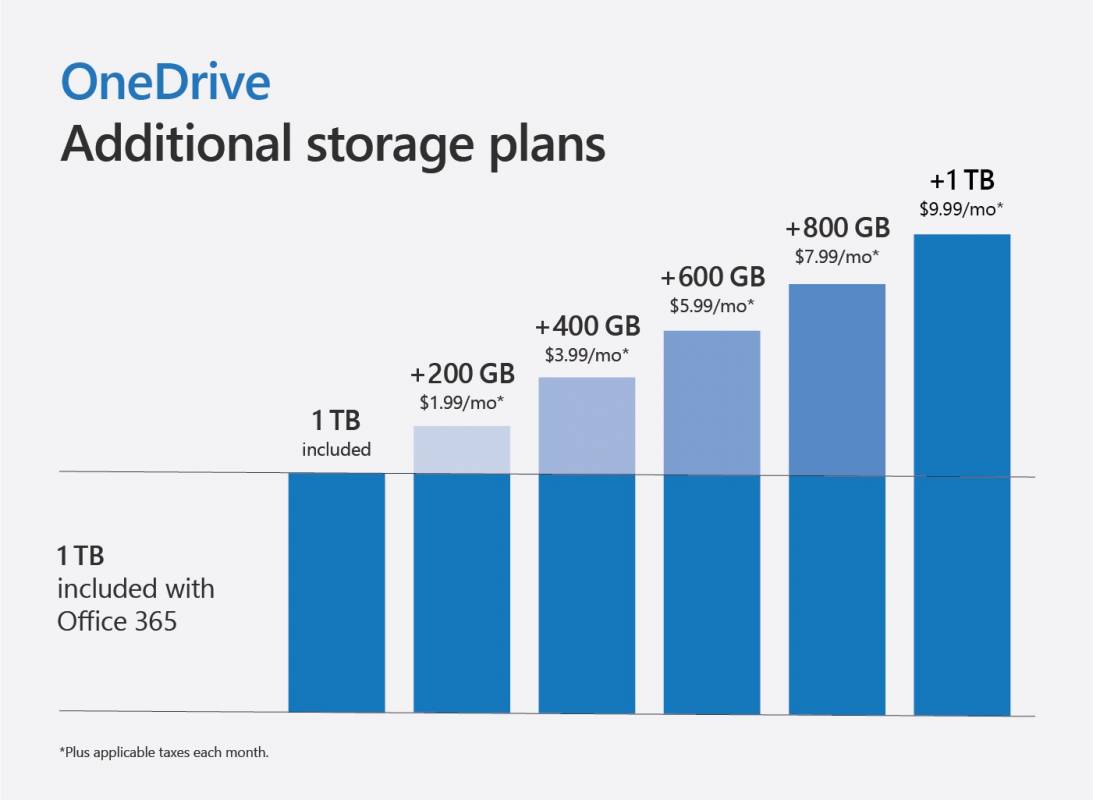 As for Office 365 subscribers, they’re also getting the option of more storage. While 1TB is included as standard, it’ll be possible to add up to 1TB mode. That’ll be sold in 200GB increments, starting from $1.99 more per month; if you want to max out your subscription with 2TB, you’re looking at $9.99 more per month on top of your existing Office 365 fee. Microsoft says subscribers will begin to see the option in their account in the next few months.