Starting today, NASA’s Scott Kelly and Russian cosmonauts Gennady Padalka and Mikhail Kornienko will be heading off for a year in space aboard the International Space Station. While Padalka’s mission will be slightly shorter at a standard six months, a full year in space is planned for Kelly and Kornienko. This mission will test the long-term spaceflight effects on the human body in both physiological and psychological terms. Scott Kelly is also part of a twin study – his (retired) brother Mark Kelly will be remaining on Earth to be studied by NASA as the mission takes place in space.

The mission patch you see here symbolizes several things, one being the team-up of Russian and USA-based crews for the mission’s launch and execution. The one represents the one year in space, and the tiny 13 represents the number of humans in space once the crew arrives aboard the International Space Station. 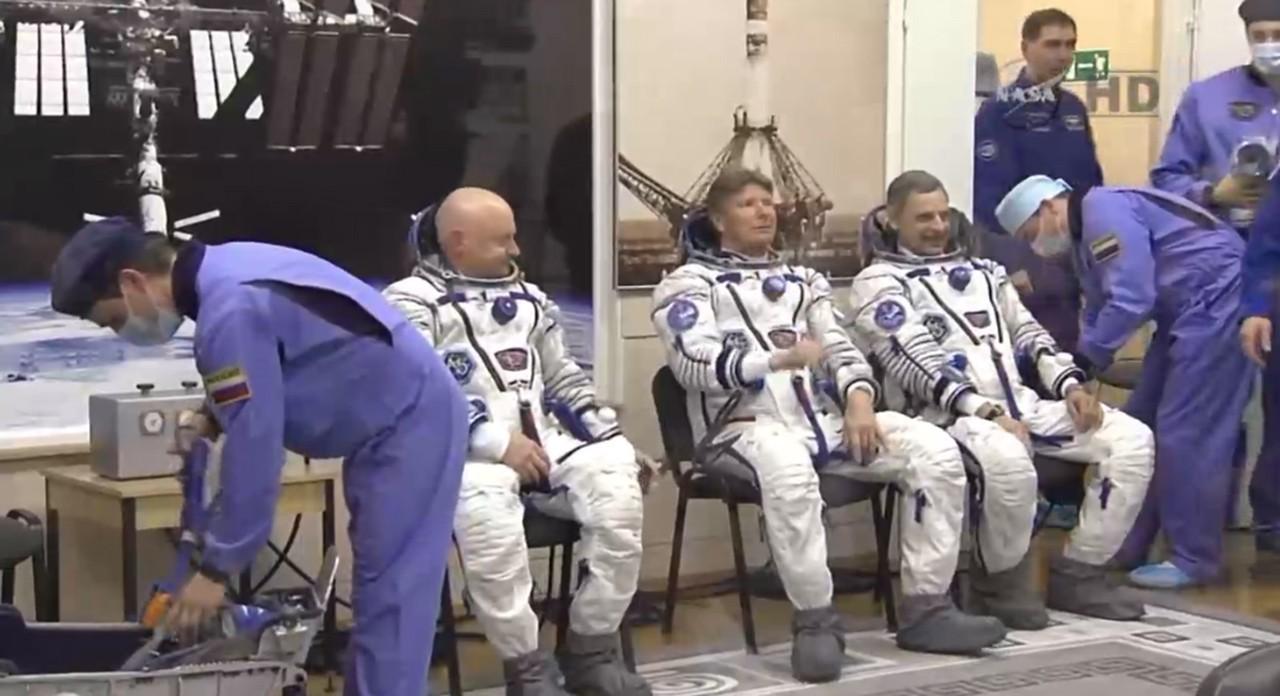 Below you’ll see the mission unfolding. Takeoff of the Russian Soyuz rocket is scheduled for 3:42 pm ET (1942 GMT). Takeoff will take place at the Baikonur Cosmodrome in Kazakhstan. This is the same facility from whens Vostok 1, humanity’s first manned spacecraft (with Yuri Gagarin), and Sputnik 1, the planet’s first orbital spaceflight, were launched.

Scott previously spent six months living on the International Space Station – so he’ll know his way around the place. This mission will be the first in history to keep humans in space for more than 6 months. 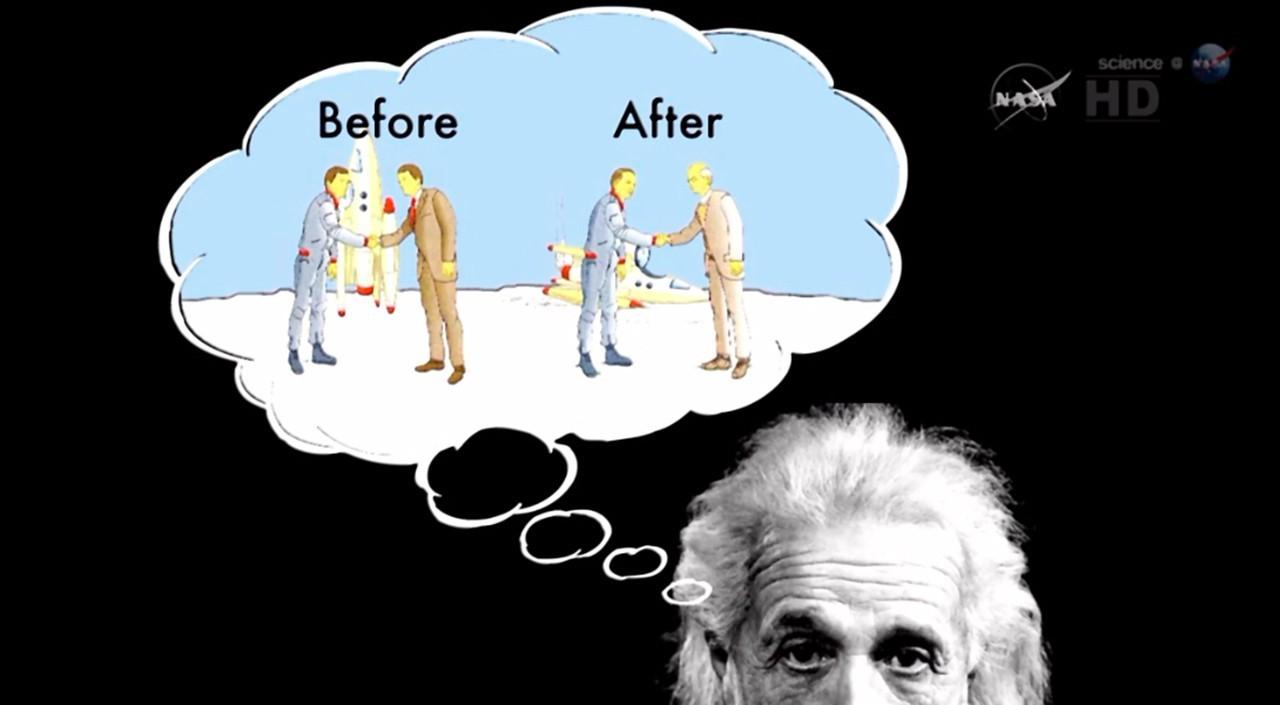 ABOVE: The Soyuz rocket prepared for takeoff.

This mission is also being carried out in preparation for humanity’s eventual trip to Mars. Mars is 500 days away from Earth, right around 6 months. We’ve got to be prepared for the effects of staying in space for long periods of time in order to one day go forth and travel to other planetary bodies other than our own moon.

Have a peek at live coverage above and let us know what you’re feeling – you’re witnessing history, after all!