Forty-five years ago today, three American astronauts – Neil Armstrong, Buzz Aldrin, and Michael Collins – made history with the Apollo 11 mission, putting human feet on the moon for the first time. Today’s anniversary of the moon landing sees NASA relive the 1969 manned lunar mission with an online rebroadcast, while it also looks ahead to new ventures for exploration.

The fifth manned Apollo mission, Apollo 11 blasted off on top of a Saturn V rocket from Kennedy Space Center on July 16th, and took three days to reach the moon. Neil Armstrong and Buzz Aldrin traveled down in the Lunar Module Eagle, eventually beaming back video to Earth to an audience estimated at more than 600m.

Armstrong spent around 2.5 hours on the lunar surface (Aldrin a little less than that), gathering priceless scientific materials in the process, as well as satisfying the national goal of space exploration set by President John F. Kennedy eight years prior.

Apollo 11 may have been funded by the American government, but personal efforts to develop space travel have spread in the intervening decades. Serial entrepreneur Elon Musk is pumping millions into SpaceX, already running resupply missions to the International Space Station as it ramps up to transporting human cargo too.

Richard Branson and Jeff Bezos, meanwhile, have space projects of their own, including bringing flights into space within the realm of (admittedly rich) members of the public. 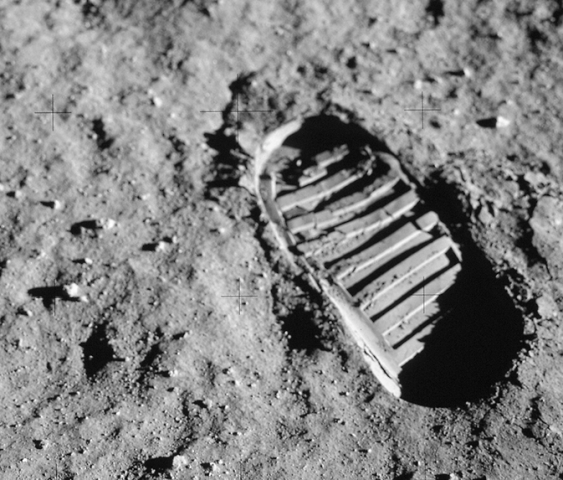 NASA isn’t standing still, however, nor resting on the achievements of more than four decades ago. The space agency may be plagued with funding issues, but it’s still looking ahead to broader exploration of the solar system and beyond.

Path to Mars will see NASA reach near-earth asteroids, including testing whether space rocks can be captured, redirected into stable orbits, and then mined. Meanwhile, NASA is also working toward manned missions to Mars, sending astronauts to follow in the wheel-prints of the Curiosity rover already roaming the red planet in search of evidence that life once flourished there.

Meanwhile, you can relive some of the excitement of that July day 45 years ago with NASA’s repeat broadcast of the moon landing today. Whether you were glued to your TV screen back then, or weren’t even born when Neil Armstrong made his “one small step for man”, it’s a must-see.