Today we’re taking a peek at a new set of images of the next Oculus virtual reality headset. This newest headset has not yet been unveiled officially, so we’re working with a limited set of leaked details. What we DO have is some rather vivid imagery of this headset from a couple of key angles.

The device which we’re calling Oculus Quest 2 might just as easily be called Oculus Quest Lite, or something different entirely. The most likely scenario is either Oculus Quest 2 or Oculus Quest (2020), like Apple sometimes does with their products with names that don’t really change from year to year.

The headset we’re looking at here looks a LOT like its predecessor with a few key differences. It would appear that the headset has no manual control for eye distance – that’d normally be just in front of the area left for the nose. Another is the color.

We’ve still got the built-in audio system – directed from the headset to the user’s temples and ear area through the headband and head support. We’ve still got USB-C and a standard headphone jack as well. You’ll likely be able to use your own headphones if you wish. 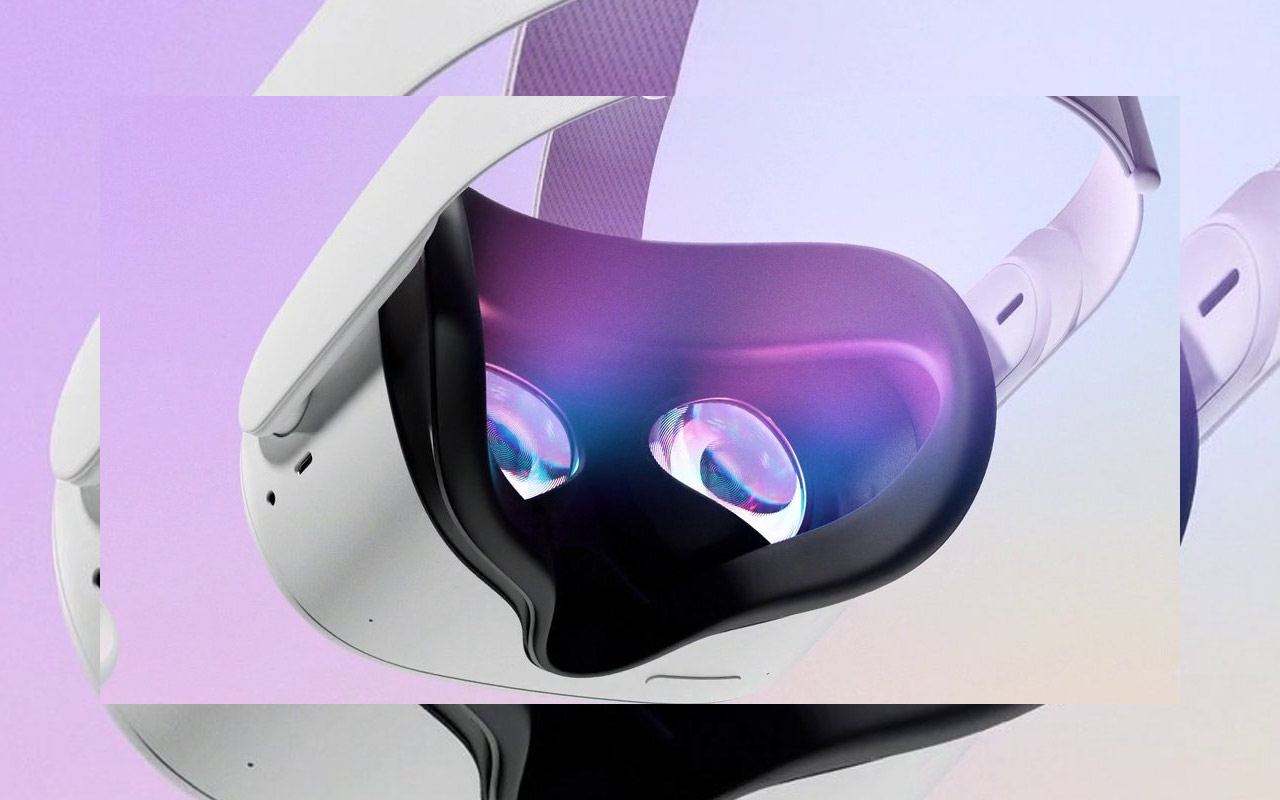 There would appear to be two microphone holes in the headset, both at the bottom on either side, allowing the user to send voice commands and/or communicate with other people also participating in whatever online virtual reality universe the headset will deliver.

The controllers appear to be functionally identical to their predecessors, with the possible exception of a slightly modified grip. The entire setup looks sleek, simple, and beautiful.

Per the leaks from @h0x0d, we’ll see this headset appear at a virtual event on September 15, 2020. That’ll be an Oculus event, more than likely – with a possibility of a major Facebook presence in the mix.