Two versions of Oculus Go will be offered. The cheapest will be $199 and have 32 GB of onboard storage; there’l also be a 64 GB version of the headset, which will be priced at $249. Both will come with a wireless controller.

Inside, there’s a 538 ppi “fast-switch” LCD screen, running at 2560 x 1440 WQHD resolution. That’s shared between both eyes. There’s also integrated spatial audio, along with a microphone, so you won’t need to wear a separate headset. Oculus says that battery life should be up to 2.5 hours of streaming media and video. 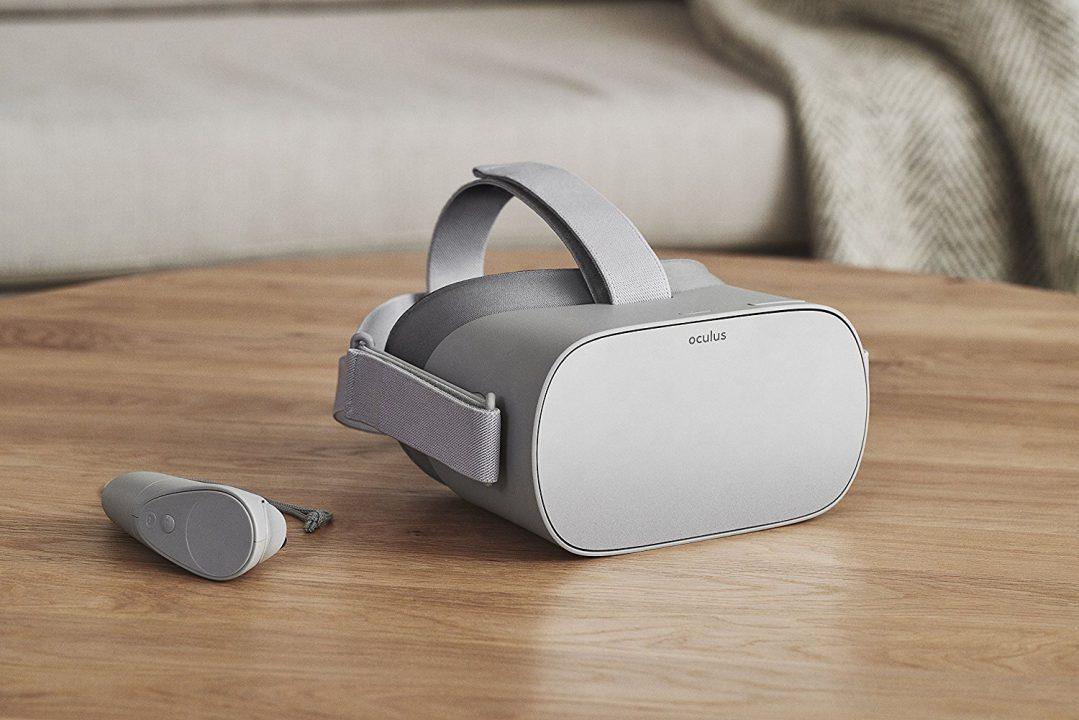 Although it shares a brand with the Oculus Rift, in reality the Oculus Go actually has more in common with VR headsets like Samsung’s Gear VR. It’s actually based on a smartphone processor, Qualcomm’s Snapdragon 821 specifically. That also means that all of the Gear VR’s Oculus app and VR experience catalog will work with Oculus Go from day one.

That architecture has helped Facebook and Oculus keep the price down, of course, but it has also forced some compromises. The most obvious is going to be the resolution: other VR headsets offer significantly larger numbers of pixels, which will make a difference when it comes to detail in the virtual experience or game you’re engaging with. More longer-term, though, is Oculus’ decision to use 3DoF – or “three degrees of freedom” – tracking.

In contrast, other headsets – like the Lenovo Mirage Solo, which is built on Google Daydream technology and is expected to arrive in stores in just a few days – support 6DoF. That will mean things like head-tilt recognition and more. Although few VR apps currently support 6DoF, it’s likely to gain traction as more virtual reality hardware reaches stores.

Still, there’s no arguing with a sub-$200 sticker price, especially when there’s Oculus’ brand to leverage. Judging by how quickly Amazon’s pre-sale overnight sold out, it seems demand will initially outstrip supply. Oculus Go will be offered in 23 countries initially – including from Amazon US, where it’s back in stock and should be delivered by Friday according to the retailer.

Update: If you want to pick up an Oculus Go today, Best Buy stores have them in stock. You’ll also be able to test the VR headset out there, too, though the demo program kicks off tomorrow.

SlashGear uses affiliate links, and sometimes if you buy a product we’ll get a small cut of the sale