There’s a bit of a fan battle going on right now in the leaked photo universe for Star Wars. Several sources captured photos of a relatively large set constructed in Little Marlow, Buckinghamshire, with a look that COULD be Tatooine in origin. It’s that sort of sand, tan color, it’s relatively short, and it looks like a little village. It could very easily be a “Mos Whatever” gathering of buildings – or it could be on a different planet entirely.

The tiff comes in the identification of the set pieces as they relate to one show or another. Sources like The Sun UK and Daily Mail suggest these set pieces are being readied for filming of the show Obi-Wan Kenobi. This would make sense – it’s likely Kenobi will start and end on Tatooine. 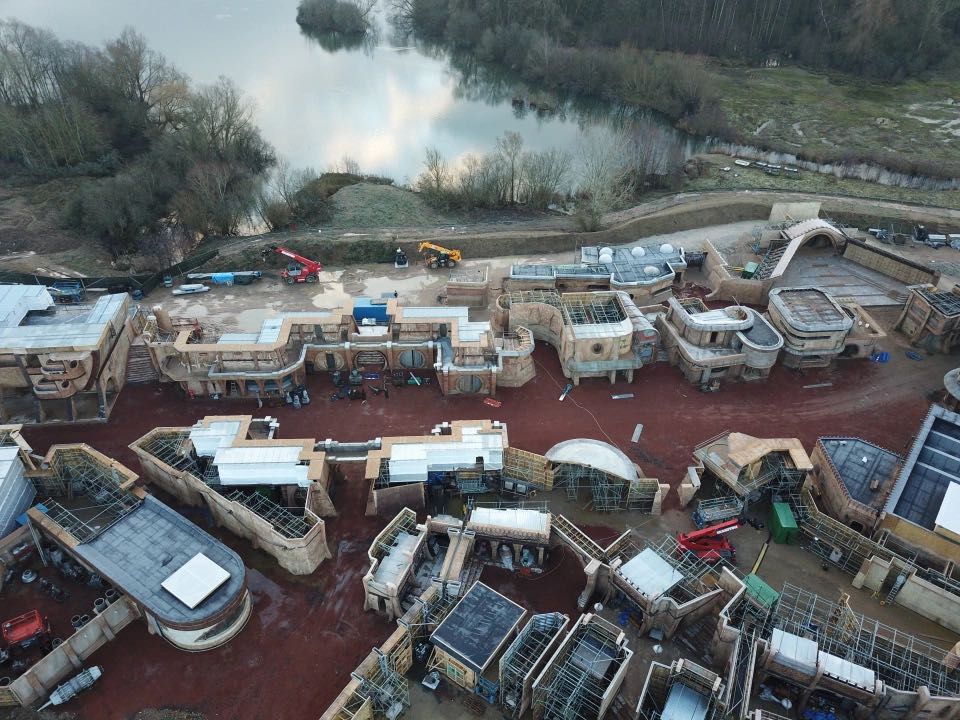 On the other hand, a Sizzle Reel for the show Andor was released by Lucasfilm/Disney recently with fairly spot-on connection to the set pieces we’re seeing here in Little Marlow. 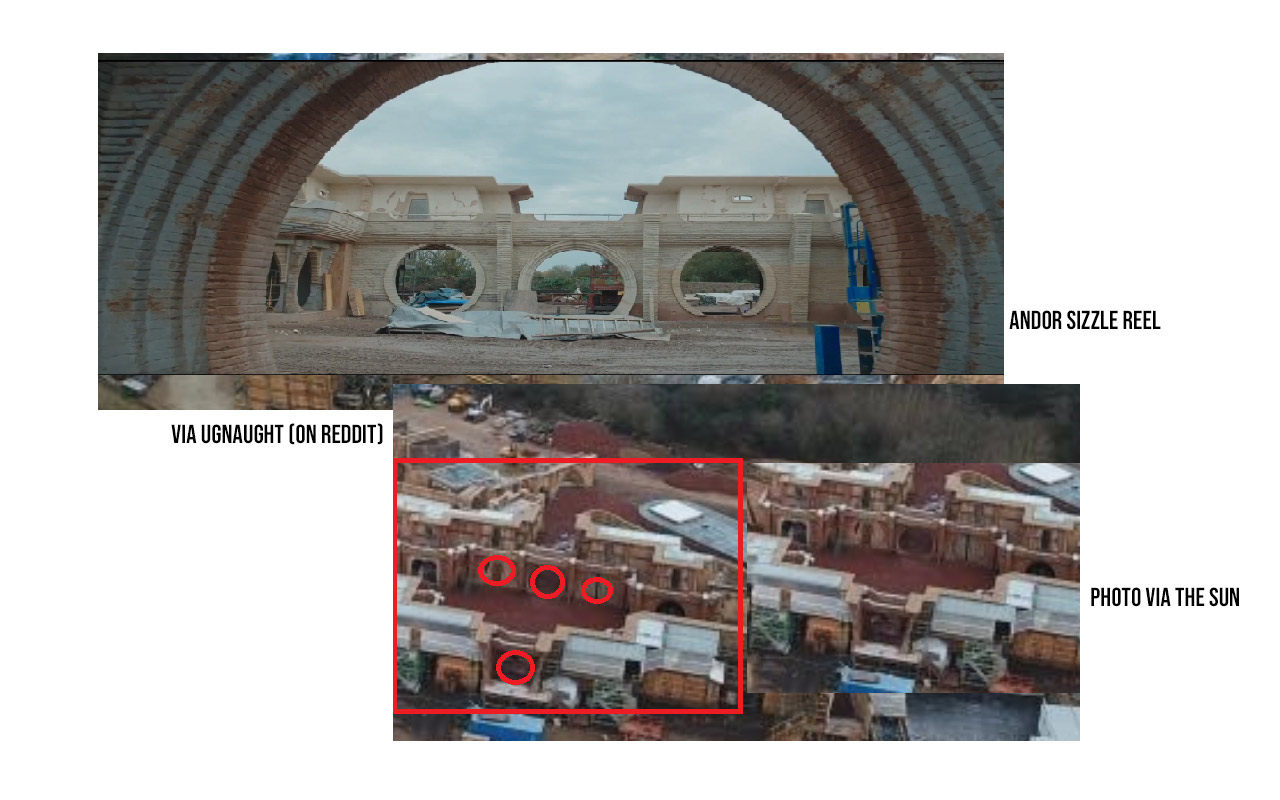 Above you’ll see an image that captures a photo from the Little Marlow set and a screencap from the Andor video. If these are not one in the same, I’ll eat my hat. Below you’ll see the full Andor sizzle reel – watch for familiar locations!

At the same time, who’s to say Disney didn’t just drop that clip in there to throw fans off the scent? Lucasfilm and Disney have been known – in recent years – to play some devious and complicated tricks of this nature, just for the heck of it.

According to StarWarsNewsNet, local fans believe that this is a set for Obi-Wan. But again, who’s to say it’s not meant to be a recurring location?