A report released this week showed newly discovered gut-colonizing bacteria that “protect against obesity.” These bacteria were connected directly to metabolic disease and the “diverse communities of intestinal bacteria.” These communities of intestinal bacteria, also known as microbiota, “can influence whether obesity develops or not” in the human body. 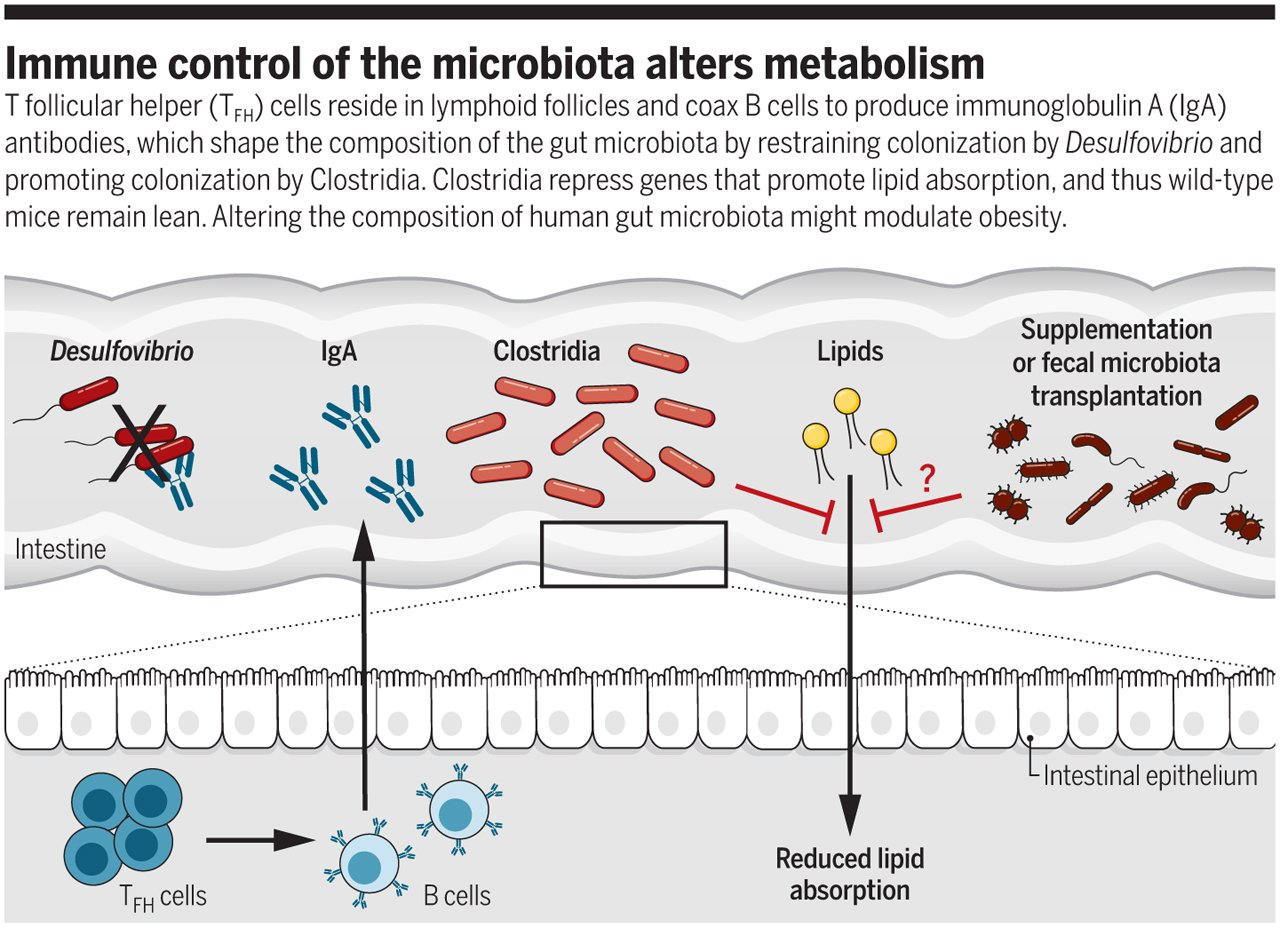 According to the report, T follicular helper cells live in lymphoid follicles and coax B cells to produce immunoglobulin A (lgA) antibodies. We need this stuff! With these elements in working order, our guts get more of some elements and less of others.

• We want more Clostridia.
• We want less Desulfovibrio.
• We want to control our intake/absorption of lipids.

The end goal here seems to be mitigating our body’s absorption of lipids. There are lots of different lipids in our body, including cholesterol, triglycerides, and fatty acids. Sometimes the term “lipid” is used interchangeably with “fats” – but that’s not always perfectly accurate. Fats are always lipids, but not all lipids are fats.

ABOVE: “Innate immune signaling within T cells regulates the microbiota to protect from obesity.” via ScienceMag

The latest research from Wang and Hooper suggests that if we’re able to alter the composition of human gut microbiota, we’ll might be able to “modulate obesity.” If we’re able to promote colonization of Clostridia, we’ll be able to hold back genes that promote lipid absorption. Less lipid absorption leads to a more lean body – and one would hope that this would be the ultimate and only significant result of the process.

To learn more, see the paper “Immune control of the microbiota prevents obesity” by Yuhao Wang and Lora V Hooper. This paper was published by the scientific journal Science on July 26, 2019, volume 365, issue 6451. DOI:10.1126/science.aay2057 is the code for this first paper.

You may also want to take a peek at “T cell–mediated regulation of the microbiota protects against obesity” by Charisse Petersen, Rickesha Bell, Kendra A. Klag, et. al. as published in Science Vol. 365, Issue 6451, eaat9351. This issue was released with code on 26 Jul 2019.

This study by Petersen and crew reached similar conclusions as Wang and Hooper. “A better understanding of the microbial products that modulate lipid absorption may open the door to future therapies for obesity and metabolic disease.”