Just this morning, United States President Barack Obama spoke up at a bit of NSA news, letting it be known what his real NSA reform plan would be. As is often the case, some of the responses to the talk have appeared more telling than the talk itself. We’re having a peek at what the Electronic Frontier Foundation (EFF), Julian Assange (of WikiLeaks), and the White House have done to follow up this set of announcements.

First with the EFF we’re seeing a scorecard being laid out. This scorecard shows a number of what they call “common-sense fixes the President could-and should-announce at his briefing.” This scorecard was made on the 15th, and scored here on the 17th. 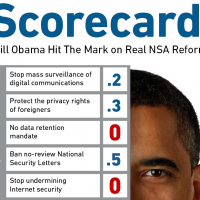 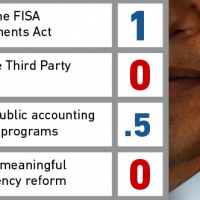 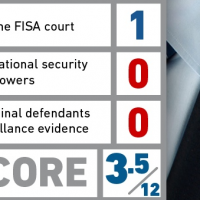 WikiLeaks Twitter account was quick to respond in as public a manner as possible, letting loose a string of comments from Julian Assange. These comments were also shared with CNN on live television this afternoon as well – here we’re not sharing an entire transcript, but some pointed moments as such.

“I think it’s embarrassing for a head of state to go on like that for forty minutes and say almost nothing. … It’s clear the President would not be speaking today if it wasn’t for Edward Snowden and whistleblowers before him. … My greatest concern looking at this broader package is what was not said – there was no restriction on secret law.

What we didn’t hear from the president was any meaningful protection of the US tech business. … I think Snowden today will be quite happy that there is at least 45 minutes of the president speaking about these issues. … Edward Snowden will be responding to the President’s statements next week.” – Julian Assange

It will ensure that we take into account our security requirements, but also our alliances; our trade and investment relationships, including the concerns of our companies; and our commitment to privacy and basic liberties.” – The White House

You’ll also be able to have a closer peek at the new Presidential Policy Directive right this minute, if you wish. It’s a 9-page PDF making a little bit more clear what Obama plans to do about the current situation the NSA and the USA are in. This document contains such gems as the following:

“Locating new or emerging threats and other vital national security information is difficult, as such information is often hidden within the large and complex system of modern global communications. The United States must consequently collect signals intelligence in bulk in certain circumstances in order to identify these threats.” – new Presidential Policy Directive

We’ll be continuing to keep up with comments from various especially significant sources in the near future. For now, have a peek at the timeline of recent NSA bits and pieces to keep up on all the spying and peeking over shoulders we’ve got going on here in the ol’ US of A.