This week President Barack Obama made a call from Air Force One to NASA’s Jet Propulsion Laboratory in California which not only praised their excellent work on the Curiosity rover landing on Mars, but promised them continued support as well. This call made it clear that, as Obama noted, NASA’s “incredible success” was just that, and deserving of the highest of praises. “It’s really mind-boggling what you’ve been able to accomplish, and being able to get that whole landing sequence to work the way you did is a testimony to your team.”

This call included a bit of humor as well, with Obama noting that he liked the “new” look of the team, pointing out flight engineer Bobak Ferdowski specifically. “I in the past thought about getting a Mohawk myself but my team keeps on discouraging me.” This engineer quickly gained meme status after the live feed of the team was shown earlier this month as the mission landed the Curiosity rover successfully. Obama continued with a few more notes on Ferdowski’s hair style.

“And now that he’s received marriage proposals and thousands of new Twitter followers, I think that I’m going to go back to my team and see if it makes sense. … It does sound like NASA has come a long way from the white shirt, black dark-rimmed glasses and the pocket protectors. You guys are a little cooler than you used to be.” – President Obama 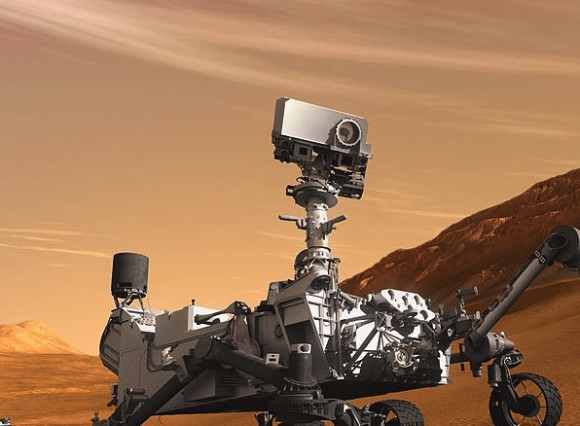 These comments were relayed by USA Today as the call came down earlier this morning. Obama also noted that he’d like to know as soon as possible if the team detects life on the planet. (Half-jokingly, of course.)

“If, in fact, you do make contact with Martians, please let me know right away. I’ve got a lot of other things on my plate, but I suspect that that will go to the top of the list. Even if they’re just microbes, it will be pretty exciting” – President Obama

Obama made with the praise as well, according to Rueters, with terms like “incredible success” coming up regularly. The President also made it clear once again what the government expects from the NASA team, and what they’re hoping will happen in the future as well.

“Our expectation is that Curiosity is going to be telling us things that we did not know before and laying the groundwork for an even more audacious undertaking in the future, and that’s a human mission to the Red Planet.” – President Obama

Finally, Obama let it be known that he has “a personal commitment to protect these critical investments in science and technology.” This type of comment is especially pointed here near the 2012 election for President of the United States and now that NASA has initiated another successful mission.