If you take a peek at the price of Bitcoin vs USD, then look at where NVIDIA is in the NASDAQ, you might draw some conclusions. While it’s not been NVIDIA GPUs, but AMD GPUs that’ve appeared to have been used the most for cryptocurrency mining in the recent past, their fortunes seem linked. As we re-enter a bull season in cryptocurrency in general, NVIDIA’s just announced they’ve beat earnings expectations for this most recent quarter.

NVIDIA did not mention the word “cryptocurrency” or “Bitcoin” or “blockchain” whatsoever in their main Q1 fiscal 2020 earnings press release this afternoon. They instead focused on gaming – their original bread and butter. They focused on Data Center technology, Automotive, Professional Visualization, and Edge Computing. 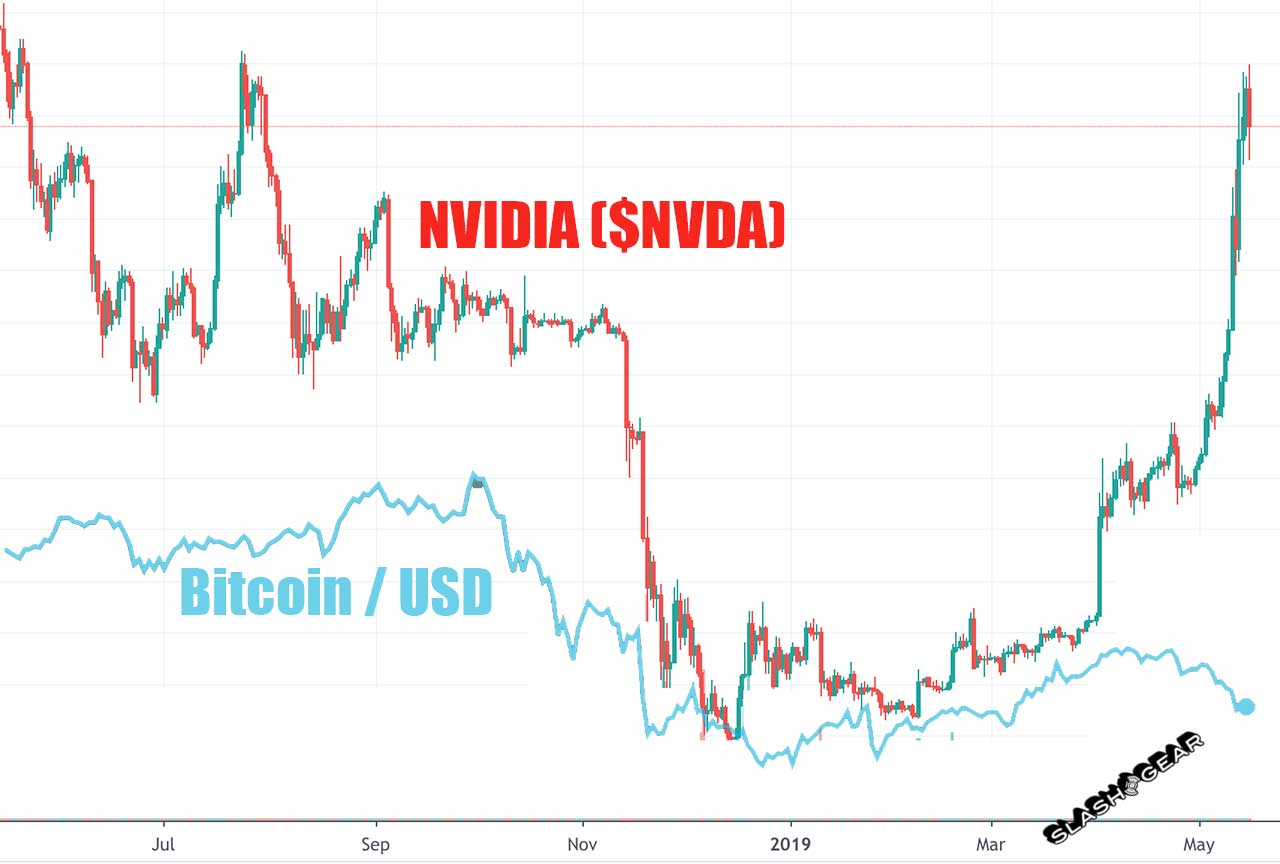 On the other hand, when we look at the official commentary from the company’s CFO, we see just a SMIDGEN of a comment about crypto.

“GPU business revenue was $2.02 billion, down 27 percent from a year earlier and up 2 percent sequentially,” said Colette Kress, NVIDIA’s executive vice president and chief financial officer. “The year-on-year decrease reflects declines in gaming and data center revenue, as well as the absence of $289 million of OEM revenue from cryptocurrency mining processors (CMP).”

By August of 2018, the NVIDIA/cryptocurrency connection looked grim. NVIDIA’s statement at the time read, “Whereas we had previously anticipated cryptocurrency to be meaningful for the year, we are now projecting no contributions going forward.”

NVIDIA now splits “Revenue by Market Platform” into the following categories: Gaming, Professional Visualization, Data Center, Automotive, “OEM and Other”. NVIDIA’s revenue in gaming is down significantly year-on-year and up sequentially.

According to Kress, the decline compared to last year at this time was due to a “decline in shipments of gaming GPUs and SOC modules for gaming platforms.” NVIDIA provides the SOC for the Nintendo Switch and the NVIDIA SHIELD Android TV smart tv device (Tegra T210 in both cases).

Kress suggested that the sequential increase in NVIDIA’s revenues in the gaming category were due to “growth in gaming GPUs.” Probably because people are confident in gaming once again.

It couldn’t have anything to do with it being the year 2019, could it? Could we be headed back out of the darkness? Could the year 2020 be the one in which we stop having “trade wars” with other countries and return to some normalcy in the world?