This week NVIDIA started CES 2014 off with chat on visual computing, summoning “Next-Gen PC Gaming” as their first point of action. Speaking up on how they’re continuing to make the PC world work in gaming as easy as a console with things like GeForce Experience, they’ve gotten 20 million downloads deep – with that app system alone – in support from the public. Here we’re seeing the technology called Gamestream – a relatively new technology – working with NVIDIA GRID in a way we’ve never seen before.

Speaking through a bit of sickness – of the real physical kind – NVIDIA CEO Jen-Hsun Huang made the case – again – for his dedication to the art. Heading out to an event like CES 2014 with so many germs is a miracle you walk away healthy, Huang checks the “no matter what” box again with his appearance this week.

This first bit of action in the NVIDIA press conference came up like a reminder of what we saw in late 2013 at the Montreal-based gaming event. Showing off the streaming console abilities of NVIDIA SHIELD first, the company brought Batman: Arkham Origins to the stage once again. 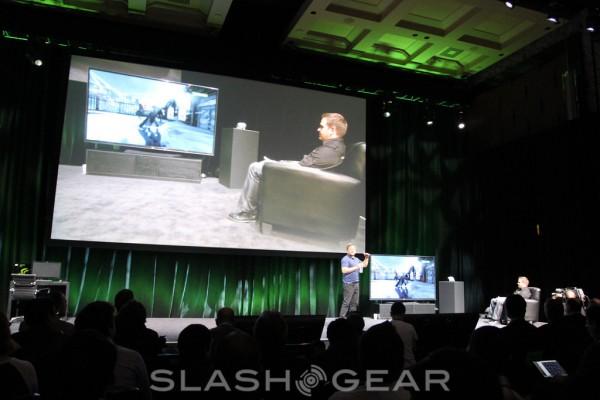 Here the streaming looks better than ever – it should be noted – and while we’ve been able to do this at this quality for quite a few weeks already, it’s nice to see it again on the big screen.

Now what’s amazing about this particular bit that comes next is the fact that it’s no longer streaming in the living room. Gamestream has been expanded – on stage they’ve demoed NVIDIA GRID streaming Batman from Sophia France. Live, NVIDIA suggests, while we watch. That’s 6000 miles away – and we must expect that we’ll be able to do it ourselves sooner than later – can’t wait!

Stick around as this press conference expands – this is just the beginning. 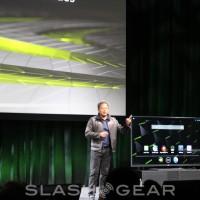 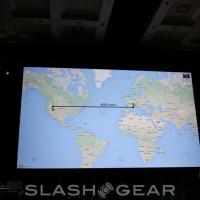 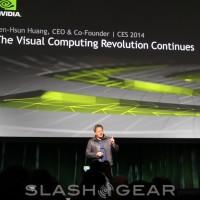