NVIDIA have announced the Quadro FX 5800, the first graphics card to include 4GB of memory as standard, and outfitted with up to 240 CUDA programmable parallel cores.  The FX 5800 is intended for interactive 4D modelling such as is required for oil and gas exploration, medical imaging, styling and design, and scientific visualization.  To that end it’s capable of fill rates that exceed 52 billion texels per second and geometry performance of 300 million triangles per second.

Memory bandwidth supports transfers of up to 102GB per second, and the card has been developed alongside software applications capable of taking advantage of its power.  It supports Microsoft DirectX 10 and OpenGL 2.1. 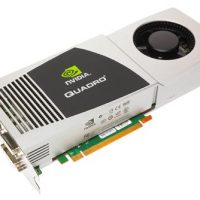 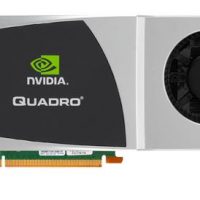 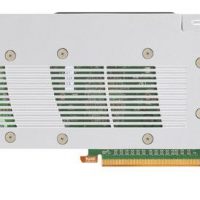 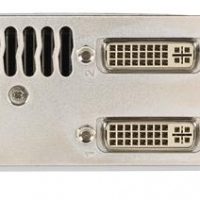 “The size and complexity of data is growing at an exponential rate. The
challenge for today’s professional is to make sense of the mountain of data
by distilling it into a form they can comprehend, analyze and use to make
impactful decisions,” said Jeff Brown, general manager, Professional
Solutions, NVIDIA. “At stake can be billions of investment dollars, or even
people’s lives. The Quadro FX 5800 has advanced features to allow massive
datasets to be viewed beyond traditional 3D enabling professionals to make
fast and accurate decisions.”

“Landmark’s recently launched GeoProbe(R) R5000 software empowers
geoscientists with an unprecedented ability to visualize large-scale
regional datasets at full resolution from a standard Linux(R) workstation,”
said Nicholas Purday, manager of Geophysical Technologies at Landmark. “The
NVIDIA Quadro FX 5800 graphics card has a more powerful GPU and superior
triangle performance, which make it possible for the GeoProbe application
to quickly render large surfaces, and allow us to move many
computing-intensive processes to the graphics card, significantly enhancing
the overall user experience.” Landmark is an industry leading software and
technology services brand of Halliburton, one of the world’s largest
providers of products and services to the energy industry.

The Quadro FX 5800 GPU features true 10-bit color enabling billions
rather than millions of color variations for rich, vivid image quality with
the broadest dynamic range. Professionals now benefit from viewing their
models with higher degrees of precision and realism never before possible.

“Our customers are making important decisions about future products on
the basis of RTT-powered 3D real-time models,” said Ludwig Fuchs, cofounder
and CEO of RTT. “The new Quadro FX 5800 will be the platform of choice to
bring that arena to the next level. Higher levels of realism, physical
correctness and large models are now made possible through a double number
of cores and a generous frame buffer.” Realtime Technology AG, is a leading
supplier of real- time visualization technology and virtual prototyping
solutions to the automotive, aerospace, industrial and consumer goods
design industries.

NVIDIA Quadro solutions are widely available through leading PC
manufacturers and workstation system integrators and NVIDIA channel
partners PNY Technologies (US and EMEA), Leadtek (APAC) and Elsa (Japan).
The Quadro FX 5800 graphics board has an MSRP of $3499 USD. For more
information about the full lineup of NVIDIA professional solutions please
visit http://www.nvidia.com/quadro.