This week we’ve been given the opportunity to get some hands-on time with the game Gears of War 4 : The Coalition. This is the newest entry in an epic series of 3rd-person shooter games, one where the adventure is as concentrated on smart gameplay as it is made to satisfy lovers of the gruesome. Our experience was on an MSI GT73 gaming notebook with with an NVIDIA GTX 1070 processor inside.

Our demo of this game was much as you, a Gears of War 4 prospective game-player might have seen already earlier this year. Our experience was not on an overpowered desktop rig, as most demos have been. Our experience was on a gaming laptop – not generally a place where an AAA game developer would choose to have a game demonstrated.

This demonstration made the case for the notebook. The MSI GT73 is one of a variety of gaming laptop devices that’ll be able to roll with an NVIDIA GeForce GTX 10-series GPU this year, making it a real and actual threat to desktop sales.

Gears of War 4 takes the newest generation of online multiplayer-only games, games with little to no single-player campaign action, and slams them all in the face. This is a real return to form for every genre in which the game resides, allowing the long-time Gears of War gamer to come back to a place that’s both familiar enough to jump into and exciting and new enough to be satisfied in playing for extended periods of time. 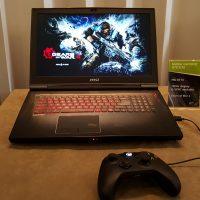 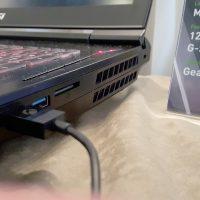 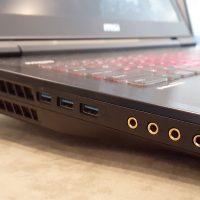 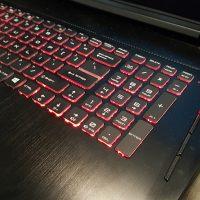 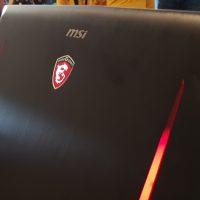 BELOW: Text from this article before we were given our own hands-on experience later in the day.

We were shown some Gears of War 4 : The Coalition gameplay as shown played on a notebook with NVIDIA’s GTX 10-series graphics card inside. This game was shown played at full 4K, and it looked pretty gosh-darned great. Our hero made his way down a path with lumpy cliff faces on either side, alien appendages and puss sacks appearing occasionally. Aliens appeared in the distance and the battle began.

These aliens exploded into brutal splats of blood, spattering the user’s play screen as they did so. Dynamic wind elements (EDIT: “Windflare”) affected gameplay – as a storm swept in, moving forward became more difficult, and debris became a real threat to both the user and the alien swarm.

Large portions of the game were made made available to destroy – shooting a stack of metal in the wind storm resulted in all the little bits being blown away – and sometimes into enemies.

Strands of electricity rained down from the sky, creating a moving obstacle course through which the user had to dodge.

The game plays well. Gears of War gamers of the past should be well satisfied with this newest entry in the series.

UPDATE: Benchmarking will indeed be in the game – with the ability to test with 30 different graphics options.